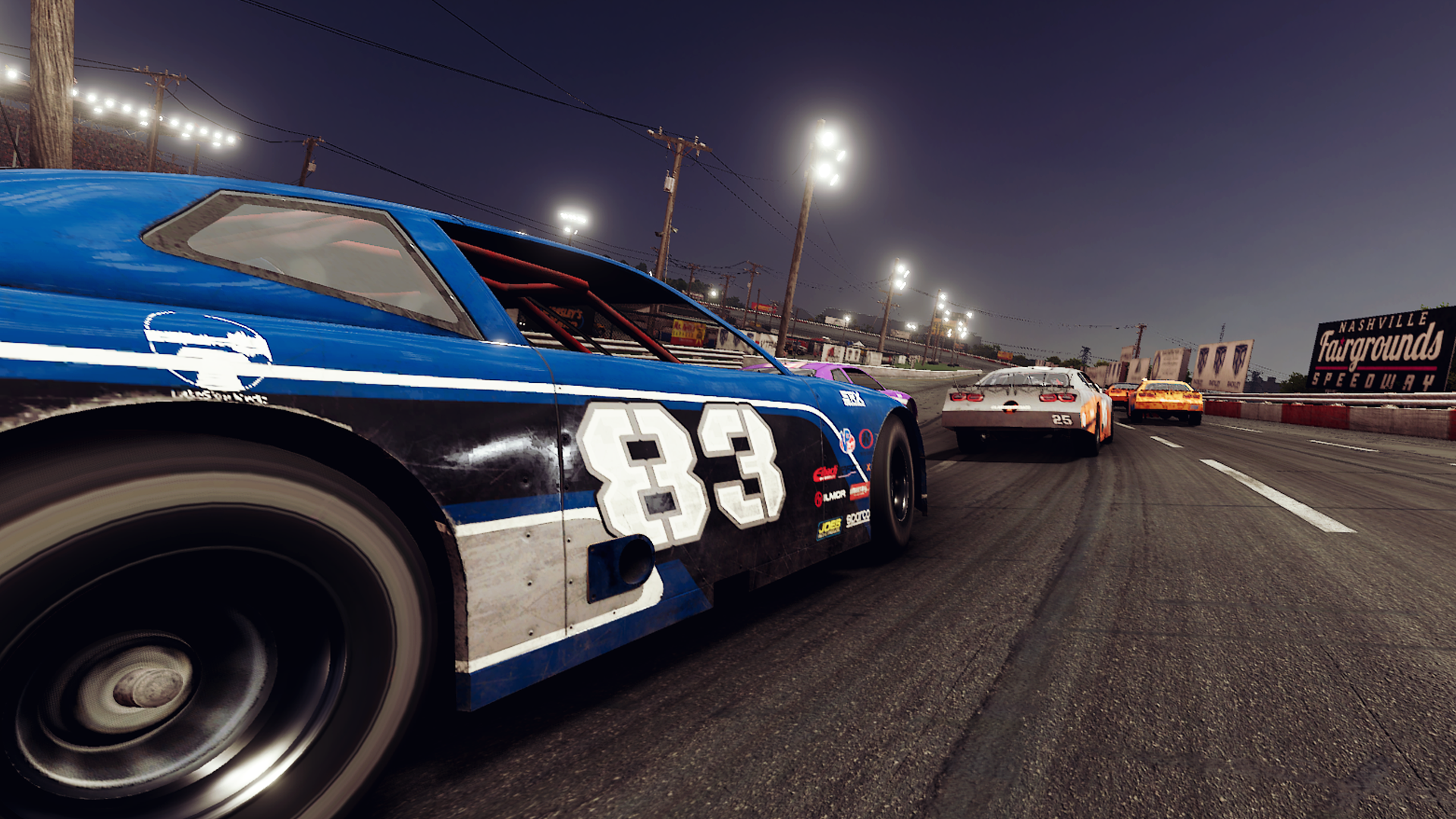 I’ve been completely invested in the brand-new Superstar Racing Experience since day 1. The lineup of drivers, the format of races and the cars themselves have had me begging for more. The real SRX series wrapped up last weekend in a dramatic fashion.

Tony Stewart claimed the inaugural title and Chase Elliott defeated his father, Bill, for the win at Nashville Fairgrounds. It was a series that was worth watching from start to finish, and I can’t wait to see what’s in store for 2022.

Before the series started, Monster Games dropped SRX: The Game out of seemingly nowhere a week after announcing it. Nobody knew what to expect in the game as nobody had seen any on-track product at that time. Car designs, the roster of drivers, and sponsors were still in the works, so the game was released with some incorrect commodities.

Right after Camping World signed on as the title sponsor of the series, SRX: The Game did receive a slight update. New logos and branding were established, but things like car color and numbers were still unconfirmed. It wasn’t until the first race had ended that it was decided that car colors would stay the same throughout. Unfortunately, SRX: The Game kept the wrong colors throughout the entire season.

Thankfully, we have an update to the game for those of us who can’t get enough SRX in our lives. The Short Track Asphalt Pack adds six new fictional pavement ovals to the track list. There’s also a new car, the Super Late Model, which can be driven on the six new tracks as well as the four real tracks already included in the game.

The pack dropped yesterday and I was able to devote some time to wheeling around the new content. I also dove into the updates for the namesake series, comparing the real series to what’s available now in-game.

It was welcomed news to hear that SRX: The Game would be getting new content at this point. With the real series on hiatus now for possibly up to a year or longer, it definitely wasn’t expected. Nonetheless, the new car and tracks add some depth that was sorely missed by asphalt fans like me.

Don’t get me wrong, the tens of dirt tracks in the game are all unique and fun in their own way. In general, the dirt side of the game seems to work a lot better with the majority of the content included. The series, being only six races, was two-thirds an asphalt series. With that in mind, it made little sense as to why progression would take up-and-coming racers through the dirt ranks for a mostly asphalt series.

The Super Late Model is a good step for progression’s sake, but the only issue with that is that it’s not a mandatory step in career mode to make the SRX Series. It’s listed as an optional DLC tier, but that’s it. I even reset my illustrious season and a half long career to make sure it wasn’t just because I had one already.

The car itself feels just like the existing SRX vehicle, just slightly slower. In testing top speed at Nashville Fairgrounds, I could get the SLM up to 132 mph top speed while the SRX car would top out at 135 a bit before the corner. The grip characteristics are similar, although I’m wondering if the game is smart enough for differing tire compounds. SRX cars have virtual Goodyear rubber installed, while everything else uses MGI branded tires.

As it is with most releases on the Unity game engine, the physics are lacking and the ever-present death wobble will sneak up on you at any moment. Sometimes the tires stick well and you can get away with an aggressive move with little consequence.

Other times, it will just give up and you’ll slide up into a wall driving it no differently. It’s a mixed bag.

The tracks are varied as well. Chestnut County feels like a superspeedway race as the banking is so steep you don’t have to lift. Desert View and Honeysuckle Grove were fun technical tracks that required some skill and patience to find the right line. Eastern Hills is a meme-fest – essentially a crossbreed between Bristol and Martinsville which turns into frustrating slam racing at lower speeds. Oh yeah, they call that Bowman Gray.

Mountain Shadows and Walnut Grove are basically the same track with a few differences. For one, Walnut Grove has proper sizing and can be driven on. Mountain Shadows is a miniature version that is just miserable to put more than five cars on. I will be avoiding that track as much as I can.

Besides a few sponsor differences and the associated number per driver, the tell to know who was racing in which car was the color in the SRX season in 2021.

As I would close in on the yellow car, I’d think for a second that must be Ernie Francis Jr, as he drives the yellow scheme in the real series. Nope. It’s Tony Kanaan. Wait, he drives the pink car in the series. Alright, then the teal car is definitely Bobby Labonte, right? Bill Elliott isn’t purple? Confusion. At least Tony Stewart was orange throughout.

When the colors and roster were finalized for the 2021 SRX season, and then the season came and went, and the SRX game hadn’t updated the schemes, it was a bit of a disappointment. There was a driver in the game that was literally just SLINGER WINNER. I had lost hope that it would be like that until SRX in 2022.

Thankfully, we didn’t have to wait or sit here in pain for too long. Alongside the DLC, the game received an update to the driver and color combinations. It’s not perfect, but at least the full-time drivers are all in there.

The roster has been updated to 18 drivers now, plus a custom car for the player. 20 drivers participated in at least one race in the inaugural season, so two names are still missing from the roster. Unfortunately, it’s two of the more popular ones. Hailie Deegan raced in half of the events in the 2021 season, subbing for Kanaan in two events and racing in the star car in the finale. Speaking of the finale, Chase Elliott won that race in the ringer car. He’s not in the game either.

There are a few other discrepancies that seem pretty trivial not to be updated. Greg Biffle ran the 69 car in the events he ran, but the game still has him listed as the 16, his old NASCAR Cup Series number.

Scott Bloomquist is another mystery. In-game, he’s down as the 96, which I honestly don’t know if that has any significance to him. Bloomquist drives the 0 and has driven the 18 before, so where SRX: The Game has him in the 96 is pretty random. He ran the 00 at Knoxville race he ran.

The star car was a patriotic camouflage themed machine in the real world series, but all of the all stars schemes in the game are just a blue camo edition. a few sponsors were also mixed up on some of the main cast and crew, but sponsors did change between weeks in some cases, so that’s a little more forgivable.

At least when I wreck the lime green car now, I know for sure it’s Paul Tracy this time…

This update also brings some more sponsors to choose from in the paint booth, and there was a rule update that is more in line with the real-world product.

Ultimately, these free new additions bring the game more towards a finished product than before the season started. Dirt is still a superior product in this game, even with the new asphalt additions and I’m looking forward to the next SRX season.

The full patch notes are included below.