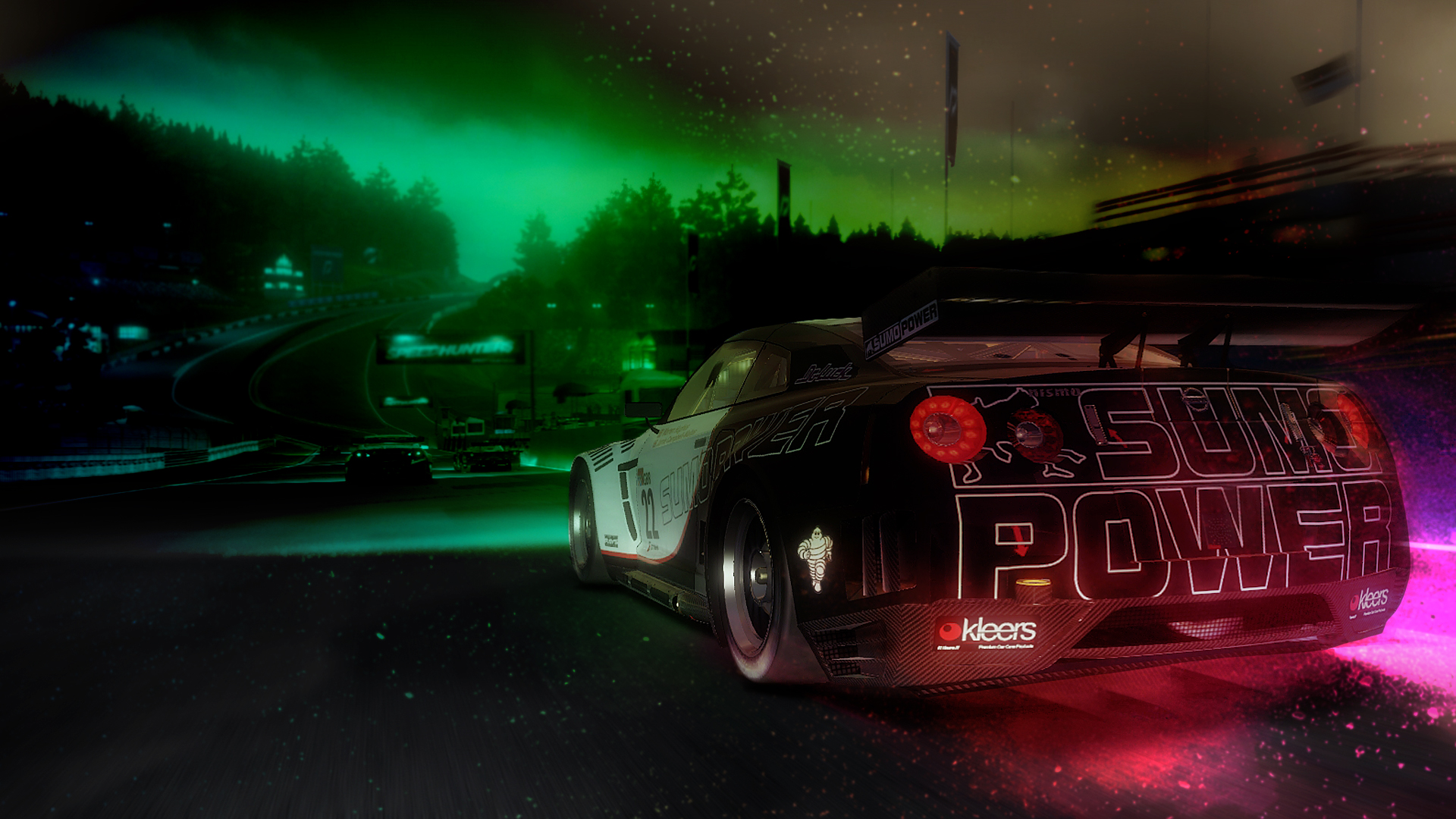 Need For Speed Shift 2: Unleashed is the latest game to turn 10 years old, and highlights the decade’s shift in racing game values more than any other.

I reviewed it in period, though I tested the PS3 version – which was technically underwhelming and suffered from input lag on the TVs I tested it on due to upscaling – so I didn’t experience it in its best form. However, a decade later, I’ve been playing an Origin-downloaded PC version on its highest settings and proffer it’s a better game than the developer’s own Project CARS 3. Not difficult, perhaps, but still worth noting.

First off, this is a game with an actual personality. Even though it’s a track racer, you can instantly tell it’s a Need for Speed title by the gratuitous slow-motion shots in the intro, excessively noisy yet impeccably produced music that makes everything seem EXTREME, and the fact there are scantily-clad women all around you on the grid. That’s certainly not how it would look today.

However, while the game, therefore, remains very much a product of its time, it was also way ahead of its time.

Aside from a few low textured building sides and some rather jagged but accurately cast shadows playing across the cars’ bodywork, this still looks good. Really good, actually, to the point where it could just about pass for a modern release today.

As you’d expect from an NfS game, there’s a wealth of gorgeous, licensed cars, and you can mod your ride to within an inch of its metallic life. Indeed, this is where the Need for Speed DNA is most apparent, echoing the likes of the Underground series. However, like its predecessor, this game is also noticeably similar to Codemasters’ Race Driver GRID in its on-track action. But that comparison is where things start to fall a little short.

The original Shift title was one of the most blatant lookalike racers I’ve ever seen, giving an EA-flavoured alternative to what was – and still is – one of the best racers around. It wasn’t as good, but it was close. Shift 2 even echoes GRID’s superb replay camera angles, which not even the modern GRID remake was able to reproduce convincingly, making this game look like it really means business.

But while the first Shift was all about in-race spectacle, this sequel does seem to tone it down a bit. Shift 2’s crashes are still violent and satisfying, but only by today’s standards, which have demonstrably dropped (as I’ve examined before). There’s decent damage for a licensed game, and cars can roll over, but it’s very rare to see an AI car make a mistake, which lowers the excitement level from GRID 1’s fever pitch.

The other area Shift 2 undoubtedly falls short – and is the only reason why I wouldn’t wholeheartedly recommend it today – is the car handling. It’s both spongey and finicky at the same time, with small corrections sometimes making your car fishtail alarmingly, while at other times not doing anywhere near enough to correct your trajectory, seeing you rattle along the barriers.

The same goes for drifting. Having played several good modern drift games recently, the drifting in Shift 2 Unleashed feels a little unsatisfying and imprecise. To its credit, it’s got drift king Vaughn Gittin Jr. talking you through it, who was a champion then and is reigning champion now, so it’s a meaningful addition to the already strong structure.

Small gripes aside, it does everything else extremely well. The career structure is sound and introduces you to new disciplines in a measured and logical fashion, the track selection is exemplary and includes some big-name tracks like Spa, Suzuka and Monza alongside curios such as Autódromo de Pergusa, and the level of detail everywhere from your animated driver in their fully-realised 3D cockpit to the visible marbles at the side of the track is still impressive today. But what really makes it look right is the feeling of locomotion.

Echoing Sega’s F355 Challenge, the in-car view distorts the perspective slightly so that you are looking at the corners approaching in a slow-ish, measured manner, while all the while enjoying the rush of speed as the track surface glides under you quickly. This distortion is not over-egged nor unrealistic; it just looks right. With a movement feel like this, if the handling had been better, there would still be plenty of reason to play this today.

But alas, the driving isn’t quite there. So while it’s got more features than most modern racers and bags more personality than anything released in the past three years, the cars here just feel too… precarious to fully enjoy.

Shift 2 does, however, serve as a powerful reminder that big-budget racers can have personality, which is the biggest eye-opener here. All racing games used to have style and self-belief like this. The word ‘unleashed’ was used in way too many games around 2010, but honestly, it’s a fitting moniker for this larger-than-life racer, the likes of which we haven’t seen for some time.

Nobody wants ‘Need For Speed Shift 2: LEASHED, right? More like this, please.