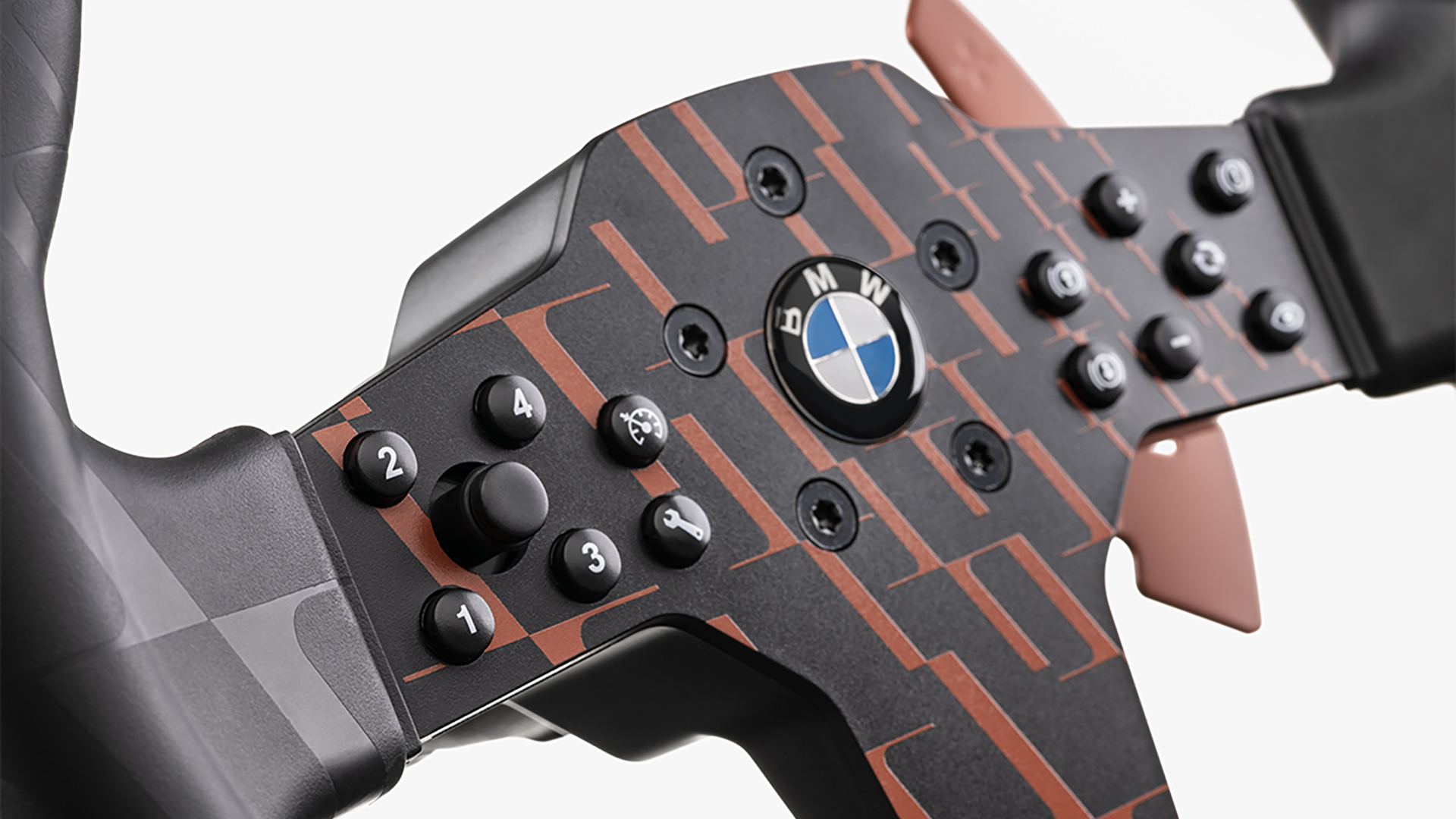 It’s been a big weekend for BMW. Earlier today, Ross reported on the pricing of the new dual-purpose Fanatec BMW M4 GT3 Steering Wheel, but it was also learned of an entry-level model, the CSL Steering Wheel BMW that is available to pre-order now.

Complete with telemetry at the top of the rim, 12 buttons and a joystick, a tuning menu and of course, BMW-designed graphics on the center part of the wheel, the CSL Steering Wheel BWM is fairly cost-effective compared to other Fanatec products on the market.

Weighing in at €/$139.95 for the straight-up model, even if you’re a first-time Fanatec buyer, you can walk away with a decent setup for an affordable price. You could have a new system with this wheel, the CSL DD base for €/$349.95, and the newer CSL Pedals for €/$79.95. That’s about a quarter of the price I paid for my outdated Fanatec system two years ago, so who says you can’t have quality at a decent price?

The officially licensed by BMW wheel is purpose-built so that you don’t have to add a rim plus a hub plus a wheel adapter, it will just connect directly to an existing Fanatec setup. If you prefer the Fanatec Clubsport QR1 quick-release system, the part can be ordered separate and manually installed. That quick-release is amazing though, so if you have multiple rims, I recommend spending the extra €/$99.95 for that.

As mentioned above, pre-orders for the BMW wheel are available now and is expected to be available on 9th February. As always, we’ll keep you covered on all the latest from Fanatec, so be sure to keep it pinned.