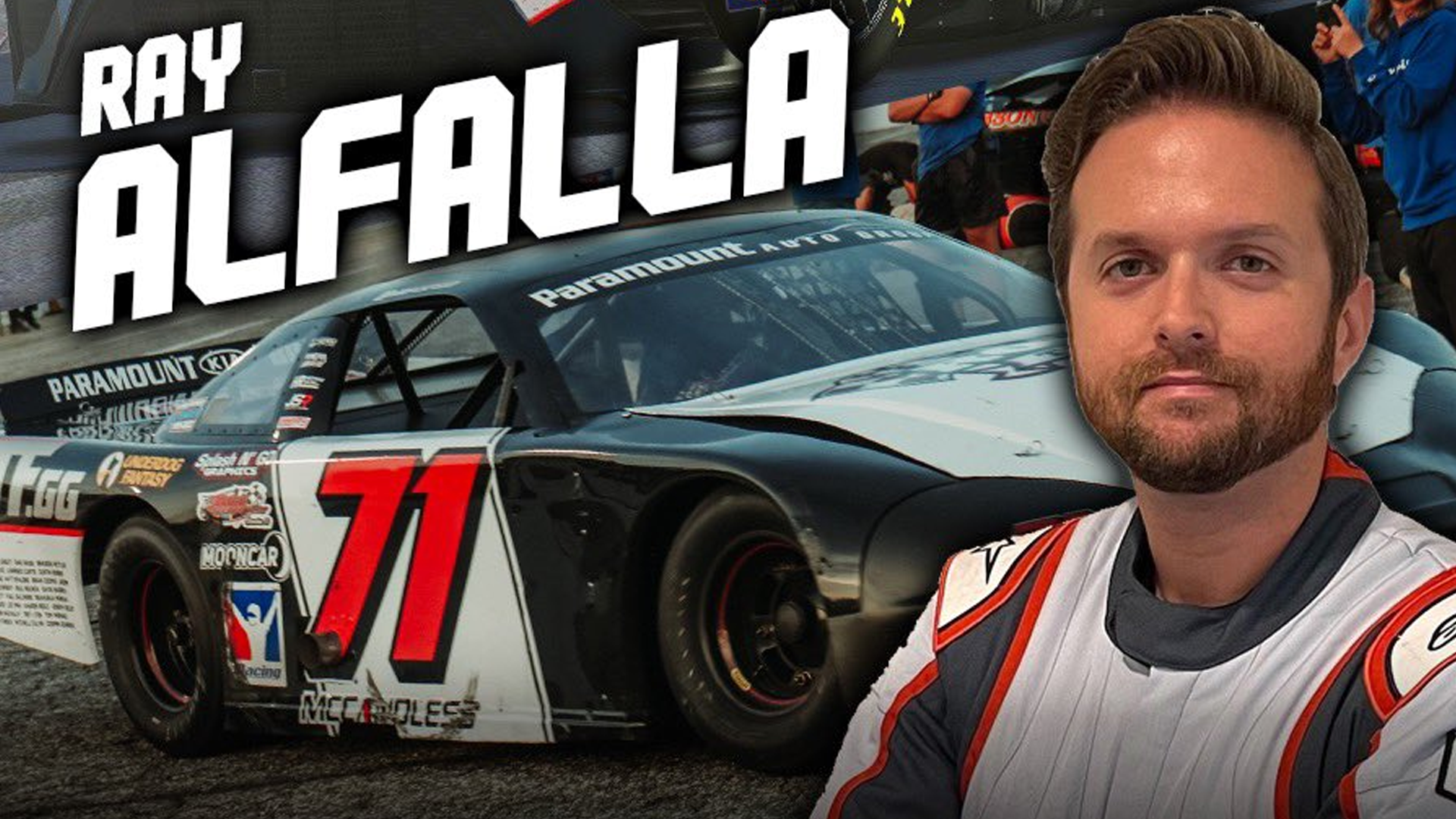 From simulation to reality, the most-winningest driver in eNASCAR history is getting his dues with a real-world testing opportunity this weekend.

Alfalla will join the team on Saturday during the NASCAR Advance Auto Parts Weekly Series events at Hickory, per Huffman Racing’s team owner and driver Landon Huffman. He’ll hang out with the team and listen to the radio communications as the racing takes place on Saturday night (25th June 2022). On Sunday, Alfalla will get his shot to test the Late Model around noon ET.

It’s been a great 24 hours for the 32-year-old sim racer from Cape Coral, Florida. Last night, Alfalla was able to extend his record of most wins in series history to 27 as he collected the victory at Nashville Superspeedway.

The winning performance all but guarantees his place in the 2022 eNASCAR Coca-Cola iRacing Series playoffs, pending how these final four races in the Regular Season turn out.

It won’t be the first time that Alfalla has jumped into a real-world racing machine. Back in 2013, the then two-time World Champion was able to jump into a spec-Mazda for some laps around the Homestead-Miami Speedway road course.

The story was featured on the iRacing Countdown to Green last night. In August, Travis ‘Moonhead’ Brown from the popular iRacing series MOONCAR will get his chance behind the wheel of the No. 37 Huffman Racing Late Model.

Alfalla doesn’t have a race planned yet behind the wheel of the Huffman Racing machine, but who knows if a good test on Sunday could lead to future endeavors with the team or possibly with his virtual racing organization, Joe Gibbs Racing.

In the virtual world, it hasn’t been the easiest season so far for Alfalla, as his win was only his second finish in 10 races where he finished in the Top 10. Still, the ‘Drive-for-5’ is on once again as he looks towards another possible title run.

Now in his 13th-straight season in the eNASCAR ranks, Alfalla reflected on his journey and the current state of the series after a record-shattering 27th career victory on Tuesday night.

“It’s been surreal,” Alfalla told Traxion.GG post-race. “I came in (to the series) with a totally different group of drivers that there [is] now. Before the race, I was looking at the points, and there are like 15 guys in front of me in the points who were not there in 2016 when we won our third championship… Just getting a win is extremely difficult.”

Coincidentally, this is the second sim to reality driver story we’ve covered this week. As Tom reported on Monday, multi-time esports champion James Baldwin will also have a drive in July as he gets set for his first 24 hours of Spa. Alfalla isn’t getting setup for anything like that just yet, but wouldn’t it be awesome for the eNASCAR community if this did turn into something for the all-time great?

Regardless, you can catch Ray on the virtual track in two weeks when the eNASCAR Coca-Cola iRacing Series takes on Road America for the second time in series history. Tune into that broadcast on 5th July at 8:30 p.m. ET over at eNASCAR.com/live or on the iRacing Social Channels.