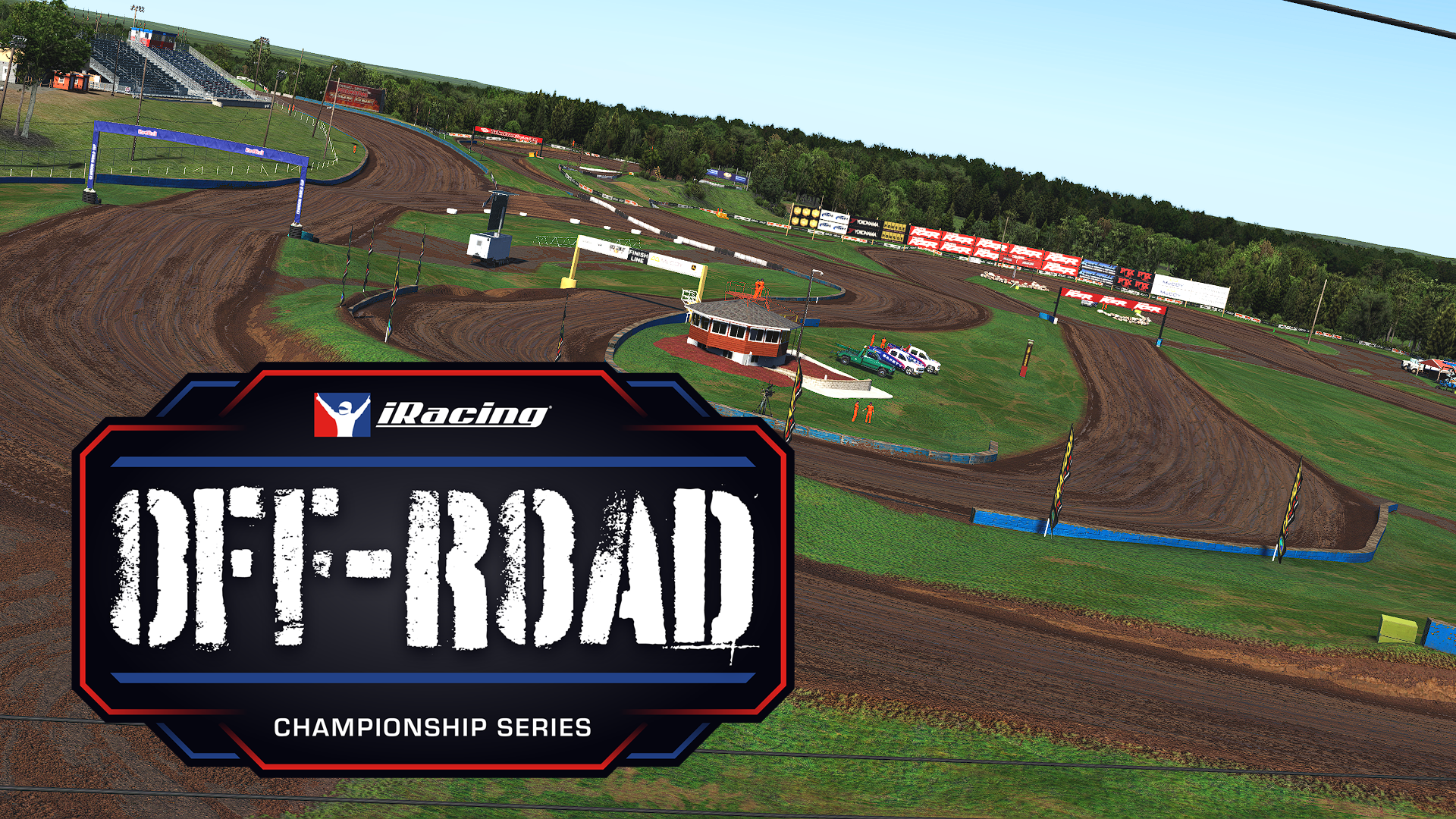 The very first season of the iRacing Off-Road Championship Series begins on Wednesday night (22nd June 2022) and 24 of top level off-road sim racers are booked to compete in the eight race season. Utilizing the Lucas Oil Pro 4 Off Road Trucks, this is the first iRacing World Championship series of this type of racing discipline with these trucks.

The same four tracks are on the schedule for the inaugural season, with each venue getting two visits over the course of the eight weeks. Crandon International Raceway both kicks off and concludes the season.

Some of the names on the roster may be familiar from our coverage of the 2021 iRacing Rallycross World Championship last year. Josh Fox, Jakob Rafoss, Killian Dall’olmo, Quentin Dall’olmo, Tommi Hallman, Toni Lahteenmaki and Alex Bergeron are seven of the drivers from last season’s roster.

Bergeron, along with Felix Roy and Brandyn Proudfoot, come from the World of Outlaws dirt oval series. Connor Barry, Josh Edmundson and Cam Pedersen are three of the top drivers that competed in the Jim Beaver Esports eShort Course races that were televised on CBS Sports Network.

There will also be an All-Star race before each World Championship event, and the lineup includes drivers such as our good friend Aero, eNASCAR stars such as Blake Reynolds and Parker Retzlaff, and yours truly will also get to be an embarrassment for a few minutes every Wednesday for the next eight weeks.

For the Off-Road Championship drivers, a purse of $25,000 is on the line with the champion taking home $10,000 in cash. More rules can be found over on the iRacing website, and the announcement of the series can be found there as well. All in all, both rosters looks stacked as the championships start up at 8:30 p.m. EDT / 1:30 a.m. BST over on iRacing.com/live.