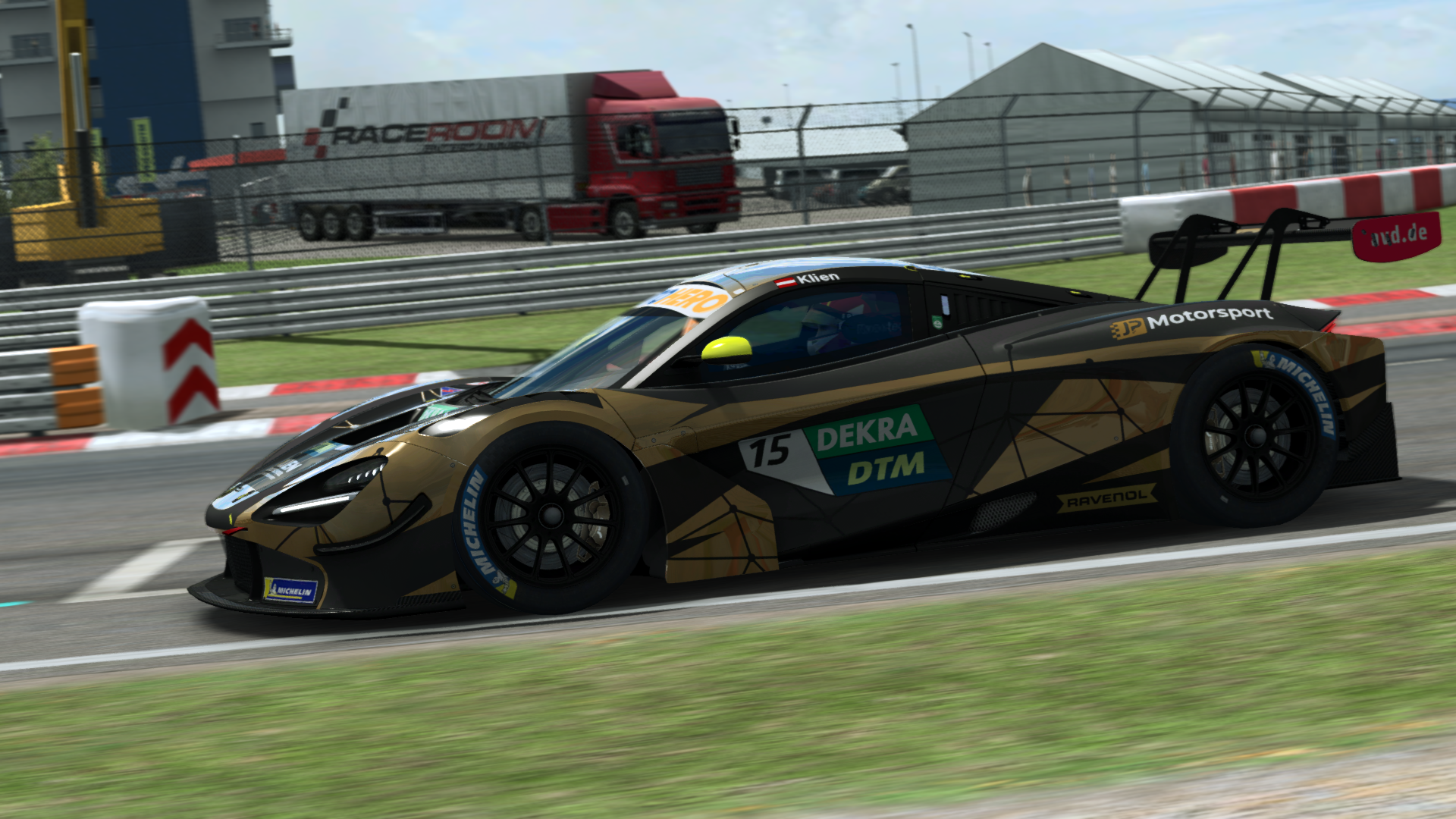 If you’re participating in the most recent competition on RaceRoom Racing Experience, that being the DTM Esports Championship powered by Media Markt, you might happen upon some new content to the service. The latest update that dropped on Saturday (18th December) had its normal share of updates, fixes and improvements. However, there is some free content (for now) to test out in that particular competition that wasn’t explicitly announced.

A new McLaren 720S GT3 DTM with the No. 15 JP Motorsports livery from 2021 was also added to the RaceRoom Racing Experience in this update. Alongside, new 2021 liveries for the existing Audi, BMW, Mercedes-AMG and Porsche DTMs are also included, these race vehicles also selectable in this new challenge. The new McLaren and these new liveries are only available, at this current time, via the DTM Esports Championship. None of these new items are found on the store page either.

Speculatively speaking, it could be that we see the McLaren and the updated liveries in a future DTM DLC. It might be something similar to the ADAC GT Masters 2020 DLC that launched more than six months ago. The 2022 DTM Esports Championship leaderboard challenge has all of the DTM cars… well, except for the Ferrari 488 GT3 DTM driven by Alex Albon and Liam Lawson.

We’ll have to see what happens with these new goodies over time. Once the leaderboard challenge ends on 3rd January, it’s unknown what happens to this new content.

The rest of the Saturday update, all details included below the embedded video of the new McLaren by Moritz Löhner, is fairly standard. A handful of cars on the service received updates to the spark emitters specifically, while a few tracks improved their AI performance.

On Monday, a hotfix was issued regarding game crashes for Multiplayer spectators. Stay tuned for “more fixes over the next two days.” Let us know your thoughts on the latest updates from Sector3 Studios in the comments below!