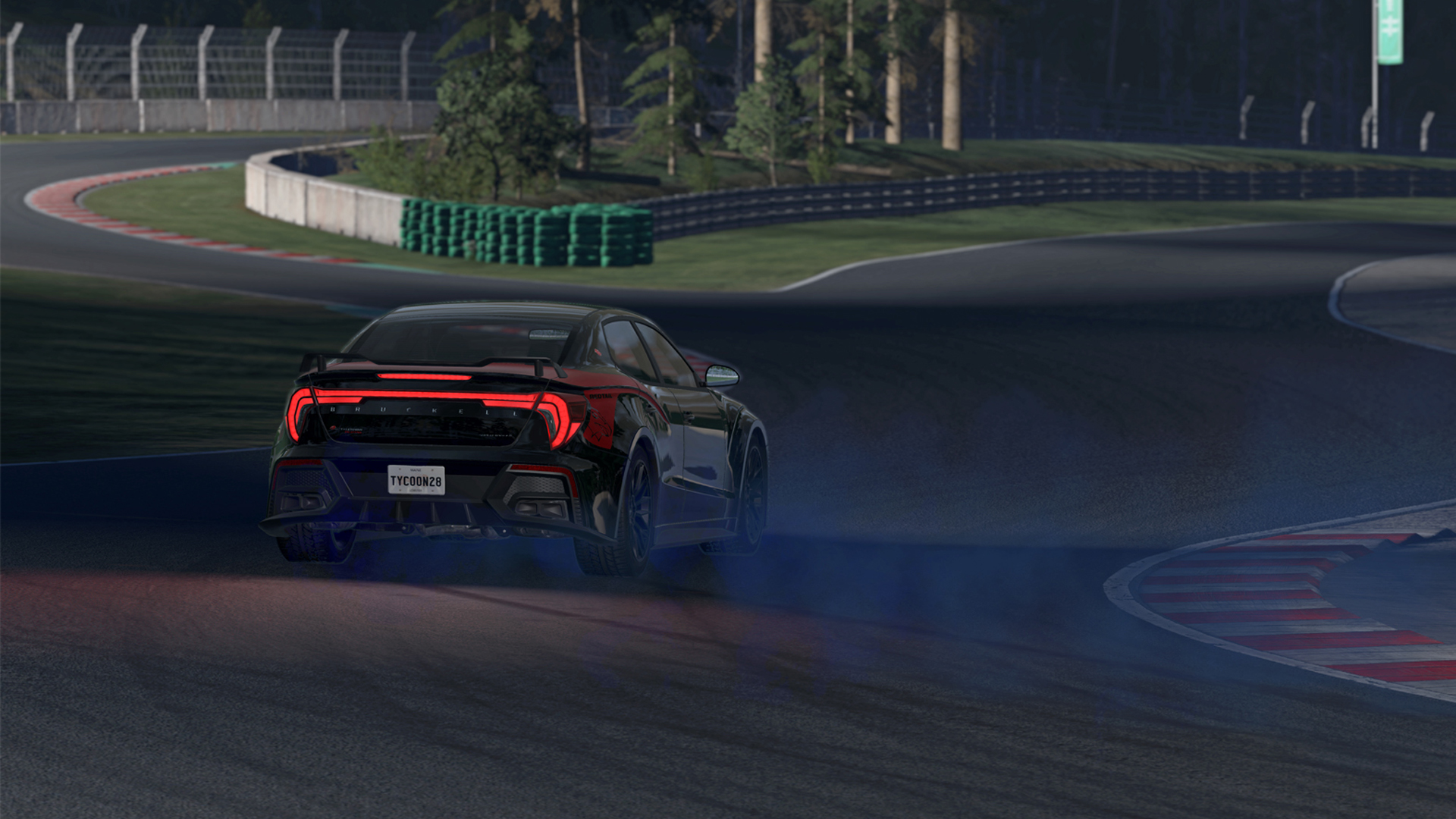 We previewed it in our recent BeamNG.drive team interview, but a second content update for December has now hit for BeamNG.drive and it features an all-new car, a remastered vehicle and several physically based rendering (PBR) changes.

The Bruckell Bastion is an all-new addition to BeamNG.drive, and as is often the case, there are several iterations available.

A four-door saloon with a powerful engine up front and rear-wheel drive, it looks like a sleek European saloon with a dash of American brute force. A combination of V6 and V8, turbochargers or supercharged powerplants are available.

Variants include Tuner, Lifted, Drift Rocket and track versions, with 20 in total, and there is a range of customisation parks to play around with.

The Civetta Bolide has been remastered

The Civetta Bolide is a sleek sports car that looks to be inspired by two-wheel-drive rally cars of the past. A fan favourite, the car has now been remastered with a new jbeam, model, damage sections and textures. It may look reminiscent of the existing model, but it’s been thoroughly updated.

As part of this update, the wheels and tyres have been changed alongside further additions to the customisation options.

The difference is stark and should feel like you’re driving around a new venue.

The BeamNG.drive team has been rolling out PBR changes over the recent updates, and now it’s the turn of venues to receive the graphical enhancements. Alongside the ETK Driver Experience Centre, new terrain and road materials for the Industrial, Gridmap, Hirochi Raceway and Derby maps are also included in the v0.24.1 update.

Lights have been added for night-time driving at the Industrial map, Hirochi Raceway, Utah campsite and ETK Driver Experience Centre.

There are 10 new missions to play through over the festive period, but also a brand-new mission structure type: Delivery.

As the name suggests, it’s your task to deliver cargo to target areas, with some missions including traffic or time limits.

Those are the main highlights for the v0.24.1 festive update for BeamNG.drive, but the full changelog is below too.