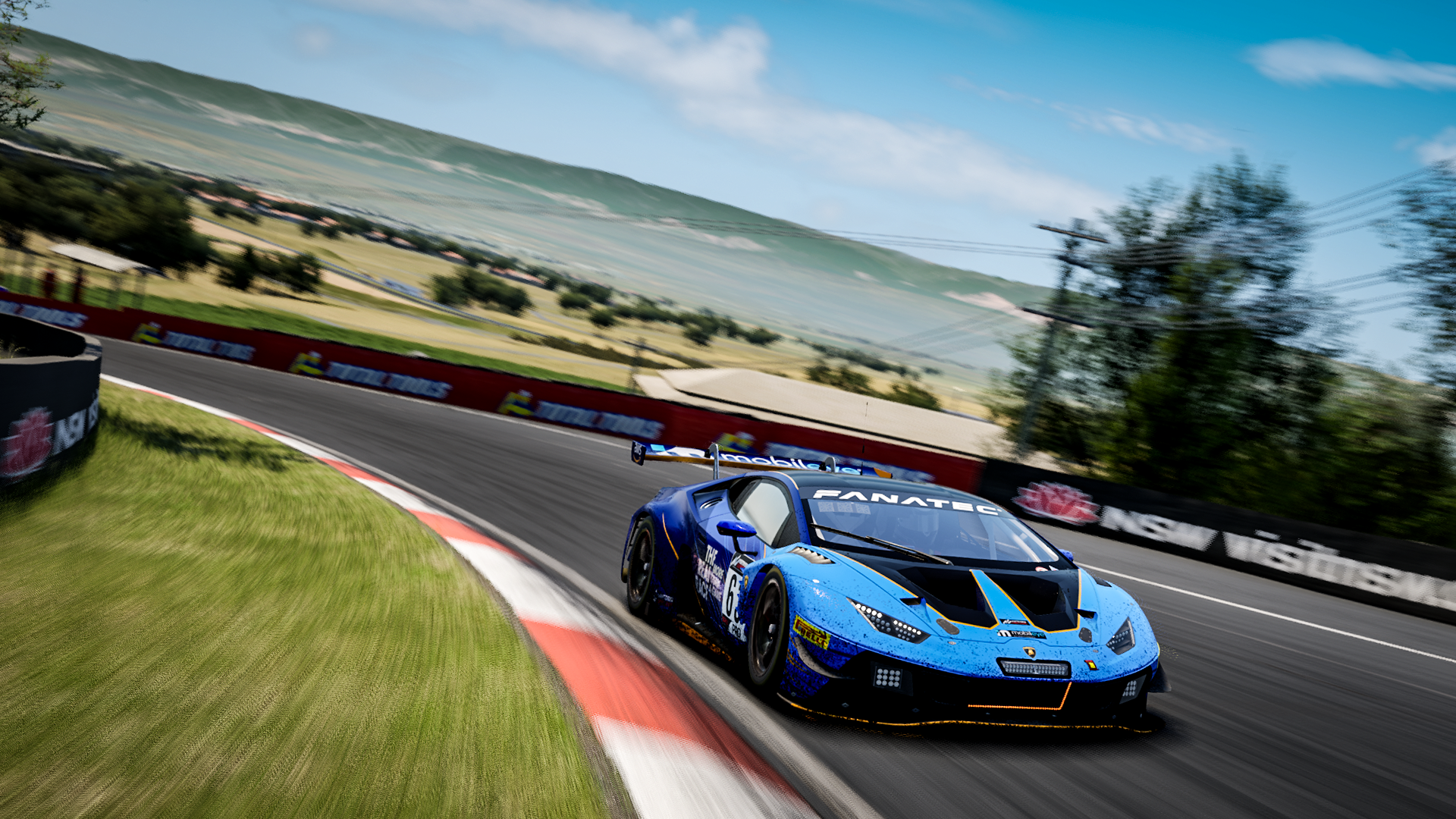 Round 1 of the SRO Esports IGTC took place with the Bathurst 12 Hours and the Automobili Lamborghini Esports Team emerged victorious.

The 2021 GT World Challenge European Endurance series featured some of the best and brightest talents in esports racing and was deservedly won by the officially backed Ferrari Driver Academy Esports Team.

It was a two-horse race in the end, as the Maranello team finished just five points clear of Racing Line Motorsport’s enduro-friendly Bentley Continental. However, VRS Coanda Simsport started the season strongly with three podiums, but the Porsche team mysteriously left the series while still in title contention.

With real-world GTWC teams on the grid in 2021 – outfits such as Jota Sport, Rocket RJN Motorsport and Haupt Racing – plus support from Formula 1 organisations like Williams and the aforementioned Ferrari, the series took a real step forward in terms of professionalism and competition.

With the regional Endurance championships combined and rebranded as the Mobileye Intercontinental GT Challenge Esports for 2022, however, the momentum is set to continue and the Mount Panorama Circuit in Bathurst, Australia plays host to Round 1’s Bathurst 12 Hours.

Both official Honda HPD JAS entries – one of which emerged victorious in the GTWC America Endurance Series’ Bathurst round in 2021 – languished well down the order behind fellow NSX squads Race Anywhere Simsport team and the Silver class Rocket Simsport car.

The Honda has traditionally been the car to beat at Bathurst in Assetto Corsa Competizione, but recent updates have chipped away its advantage, stymying any chance of repeat success.

The colossal 47-car grid made its way onto the first lap ahead of twelve hours of hugely competitive racing. The action began just before sunrise – like the real-world Bathurst 12 Hours – adding an extra dimension of difficulty through the tight and twisty mountain section.

The field was remarkably well-behaved in the early stages, with McCormack’s Mercedes pressurising the leading Lamborghini of Giorgio Simonini.

As the stint progressed, however, it was teenage sensation Robbie Stapleford, in the G2 Esports BMW M4 GT4, making a move for second position. The Mercedes-AMG E-Sports Team Williams Esports car then fell further behind the lead battle after pit stop dramas for Brzezinski.

Positions remained fairly static at the head of the field through the midpoint of the race, the Automobili Lamborghini Esports Team of Simonini, Gianfranco Giglioli and 2021 Lamborghini: The Real Race winner Jordan Sherratt extending their advantage to the second-placed G2 Esports BMW of Stapleford, Charlie Crossland and Isaac Price.

However, the Team BS+ COMPETITION BMW of Nils Naujoks, Gregor Schill and Arthur Kammerer closed in and made a move entering The Chase, hanging round the outside. Kammerer had a nose inside Crossland’s BMW, but the young Englishman shut the door and was tipped into a spin.

The positions were to be reversed later, however, as G2 Esports’ pit strategy proved to be superior – the team opting for a late splash of fuel to emerge just ahead of Schill’s BS+ COMPETITION machine.

Normally found at the front of any ACC grid, the Unicorns of Love team endured a tricky race, Michael Tauscher being caught out at The Esses and hitting the wall hard, before being collected by the lapped Honda HPD JAS car of Ben Creanor.

The Esses proved the undoing of YAS HEAT and the RennWelten eSports Red teams too, both cars coming to grief as they headed down the taxing mountain section.

At the chequered flag it was Sherratt’s Lamborghini that crossed the line over 20 seconds ahead of its rivals. Stapleford’s BMW held onto second place, just two seconds in front of stablemate Schill.

In the Silver class, the pole-sitting GTWR R8G Academy BMW M4 GT3 faded through the race, with honours eventually taken by the AJA® Simracing Team powered by GAADI McLaren of Jura Petritchenko, Jan-Marcel Dietrich, Jakob Ostermann and Luis Roters after a faultless performance.

With such a dominant display, can the Automobili Lamborghini Esports Team continue their form at Round 2, the 24 Hours of Spa, or can the two top BMW teams rein them in? We will find out on the 19th of June.