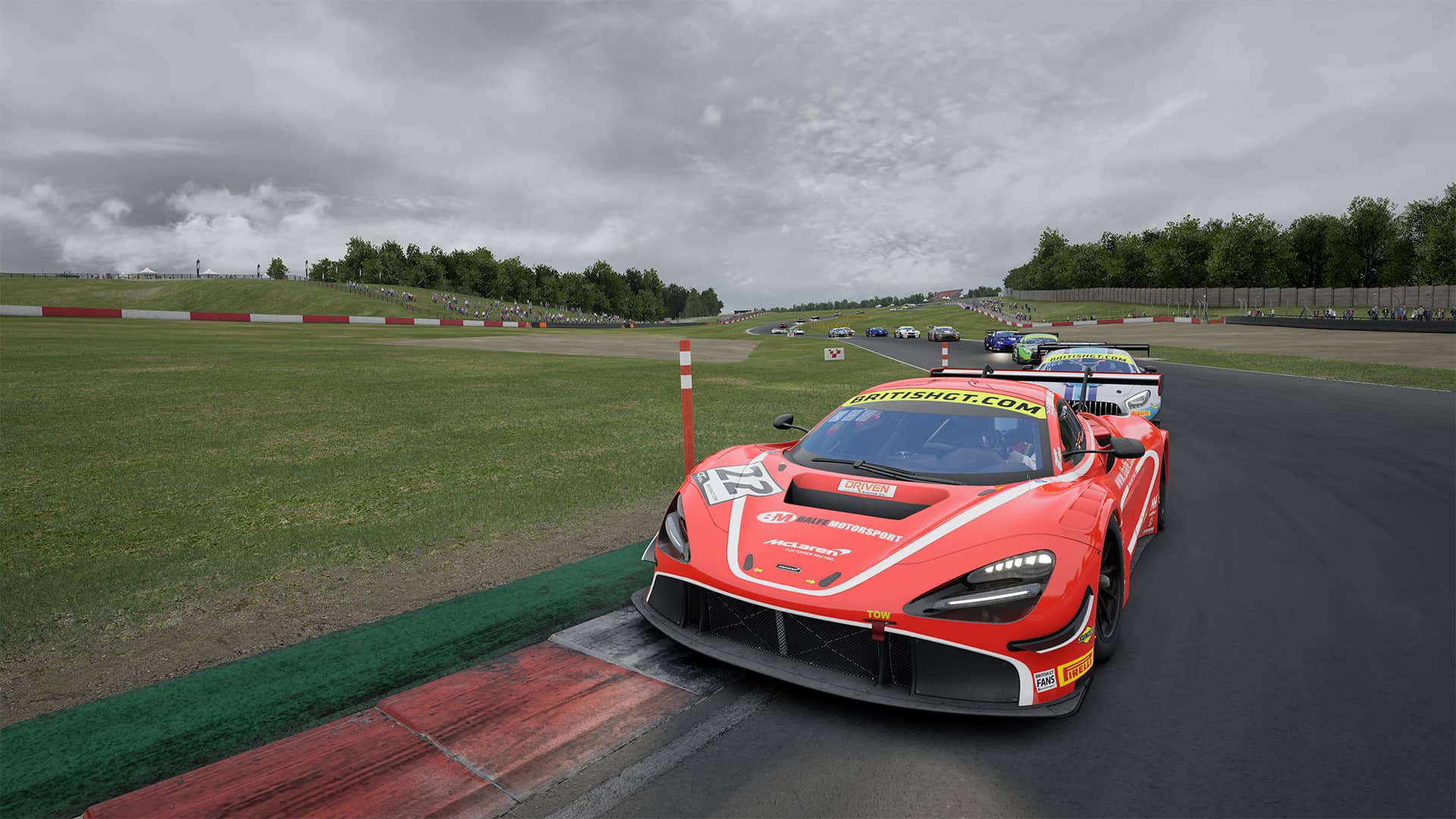 Building on solid GT4 and GT3 Championship foundations, Assetto Corsa Competizione has pulled another trick from the sports car bag and has now introduced the British GT DLC pack, and on paper at least, this championship makes for the perfect supplement to the game with a mix of car classes and challenging circuits.

The most exciting feature to try straight away was the single-player multi-class racing. Until now, the only opportunity to rub paint with a different category was through the multiplayer, but often the lobbies are quiet and even the specific GT4 servers often have less than 20 cars in at any time. Now, however, ACC has copied the real world series and included this feature exclusively for the British GT mode.

Whether you love dicing with other GT4 fields and dodging incoming lunges from better-braking GT3 cars, or you prefer to be cutting through slower traffic while fighting for position, the ability to create single-player races with big AI grids is a huge moment. Not only is it great fun, it also provides a proving ground to better your racing skills, rather than having a punt online – which can often cause frustration.

We did manage to find a small bug which may need a fix; when random grid position is selected in a GT4 car during a quick race round Snetterton, on a couple of different occasions it bundled us in with the GT3 field, compared with other tracks where it kept us in the GT4 battle. A bug or very realistic modelling we’re not sure, now talking of tracks…

Hot off the release of Imola, developer Kunos Simulazioni is on a roll with the introduction of the additional new tracks. Although all three have very different characteristics, they are all hugely rewarding once you get used to them. Oulton Park is a roller-coaster in any racing car, but in GT3 machinery it is a matter of holding on and hoping you make it round in a good time! The bumps from the real world have been replicated in the game with pin-point accuracy and you really sense just how skinny the asphalt is.

Snetterton is a rare track to see in racing games, probably partly because it’s not as well known even in the UK as a circuit, but also because we think it is just not as exciting as some others. Modelled on the 300 track, the flat geography of its location means it is very difficult to learn the layout and is a tricky track to race on with limited overtaking opportunities.

In contrast, the final of the new tracks is Donington Park. A personal favourite, the open and wide layout is awesome to drive in either category of car. The fast and sweeping bends of the first sector have been replicated brilliantly and it even has planes flying above on the correct trajectory, during their final approach to East Midlands Airport. The track in-game is the GP configuration, and although not to everyone’s taste, it does provide a great passing opportunity into the hairpin.

Overall, the British GT pack is well worth the $12.99/£11.99 cost and is arguably better value for money than the recently released Intercontinental GT Pack. Season Pass owners will receive access at no additional charge. The inclusion of multi-class racing in single player is a game-changer, and the fact there are three more tracks to play on makes it even better. Plus, you get the added bonus of 40 new liveries, mainly from the 2019 British GT season with a couple of 2020 designs too.

For more on the Assetto Corsa Competizione British GT update, you can watch John’s excellent hands-on impressions video and do let us know in the comments if you’ve tried out this new addition.