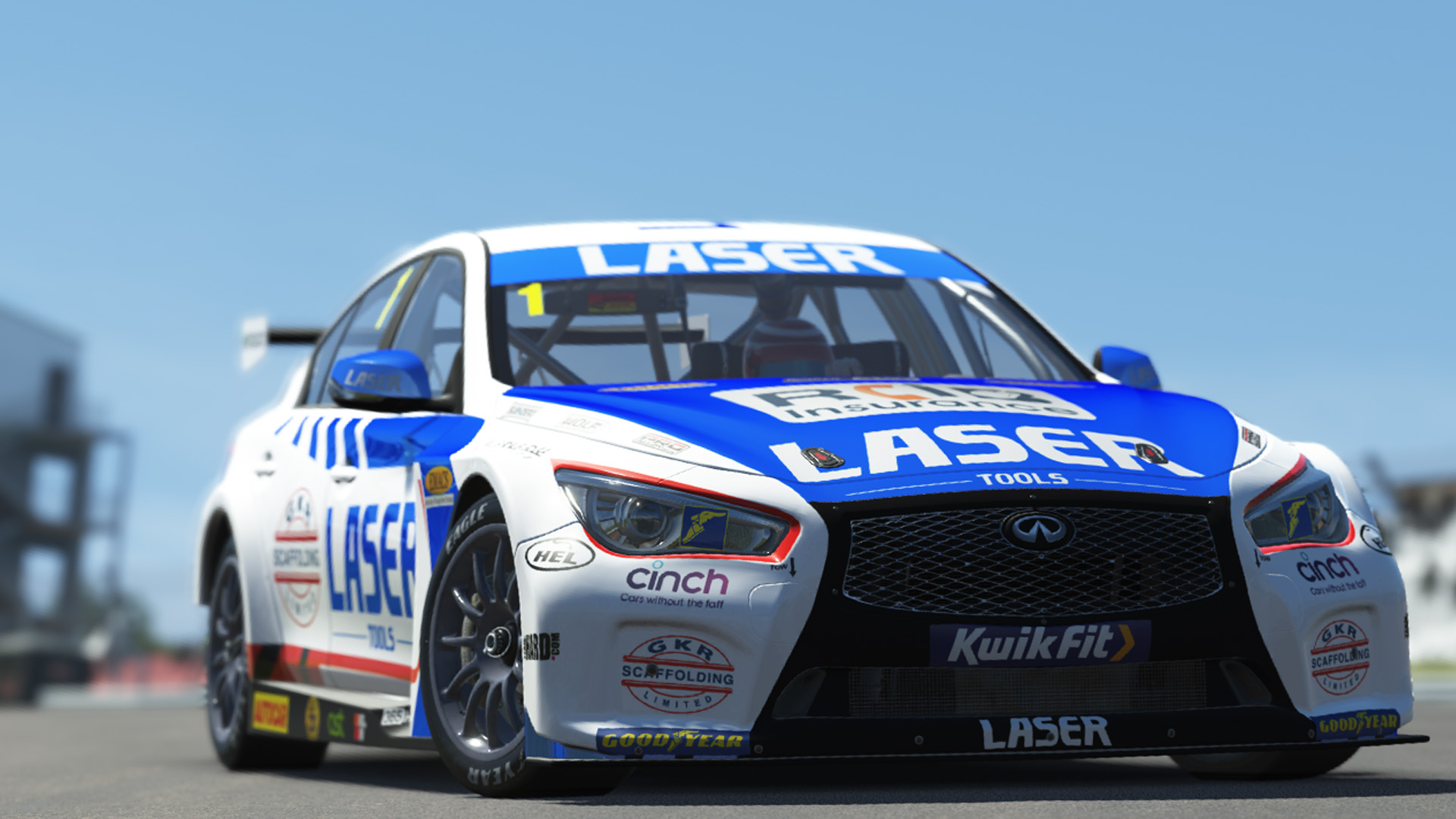 The British Touring Car Championship will be represented within PC sim racing game rFactor 2 as of May 2022, when the Infiniti and Toyota cars become available.

Following a dearth of official BTCC gaming content over the past decade, the Toyota Corolla GR and Infiniti Q50 from the 2021 season will be made available as part of rFactor 2‘s May Q2 update.

Available as paid DLC, both cars will feature the drivers and liveries used last year. In the Toyota, that means Rory Butcher and Sam Smelt and the Infiniti, Aiden Moffat and Ashley Sutton.

The cars have been laser scanned in conjunction with the championship and teams, while tyre data from real-world supplier Goodyear has also been used alongside driver input.

Butcher took the Corolla to three race wins in the 2021 BTCC season and seventh in the championship standings, while Sutton claimed the Drivers’ title in dominant fashion using the Q50 – his third title to date. Laser Tools Racing also won the Teams’ Championship with the Infiniti.

Both of these 2021-specification vehicles use the TOCA/Swindon Powertrain engine. The Toyota is front-wheel drive, while the Infiniti is rear-wheel drive.

These will be available at the same time that the recently revealed Brands Hatch and Donington Park also arrive on the platform. Silverstone is already available.

The announcement by developer Studio 397 and Motorsport Games also highlights that these are only the first two, with more BTCC cars to come to rFactor 2 later in the year.

In addition, 2022 liveries are being created for a future update, alongside a 2022 technical update, which includes the implementation of a Hybrid Energy Management system for the first time.

Pricing is yet to be revealed or a final release date. We’ll let you know as soon as we hear more.