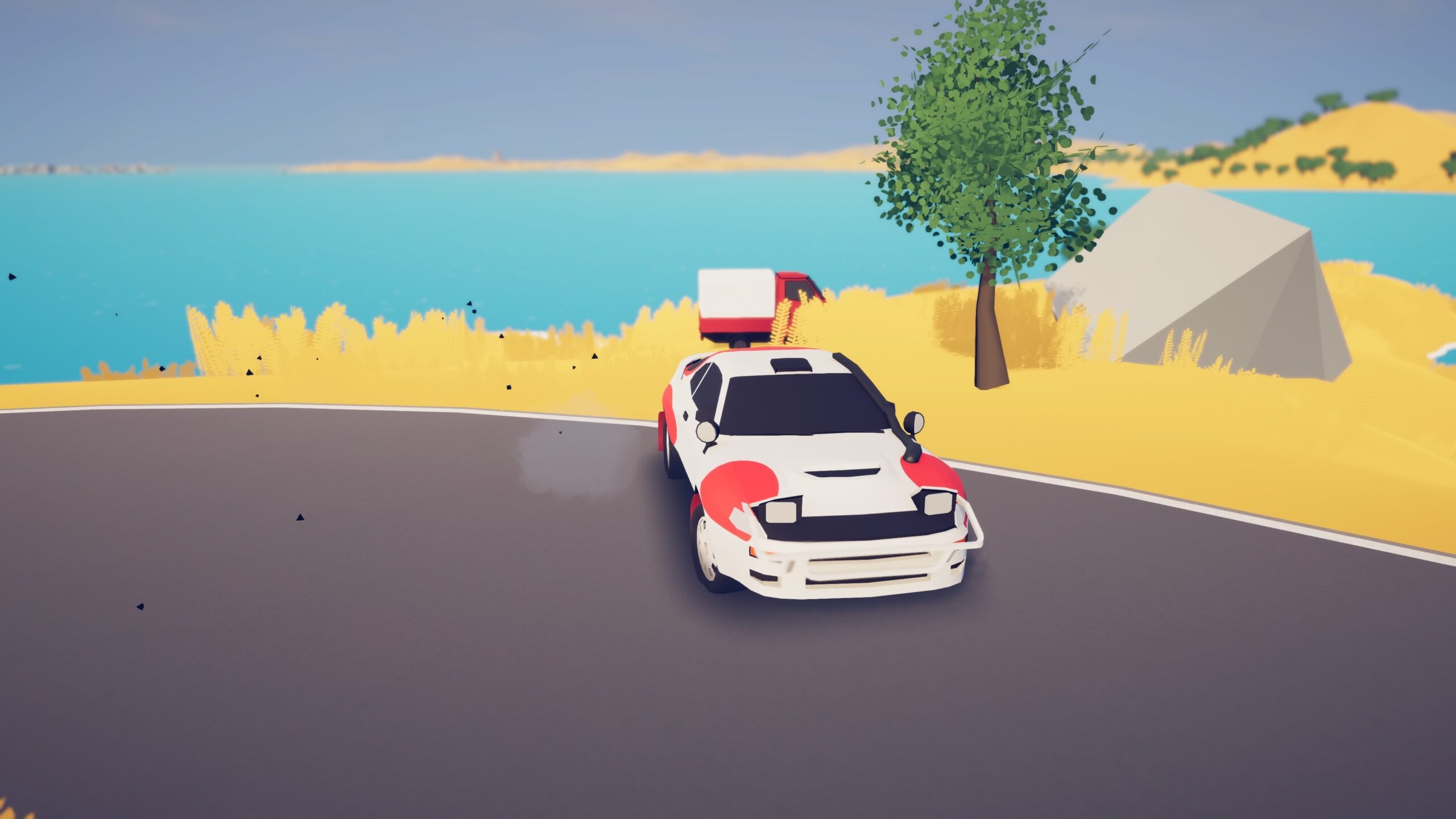 Dune Casu is a very creative individual – a crafter. His Absolute Drift and art of rally driving games have fostered a cult following. Here’s how they came about.

If Dune Casu were a beer, he’d be the Beavertown Neck Oil of the gaming industry.

While most game developers schlep themselves into an office surrounded by computers and tangled cords, the constant hum of the breakroom refrigerator echoing through each cubicle, Casu creates video games whilst cruising down the West Coast in his camper van. Not your typical workspace, but absolutely fitting for his style of crafting.

Casu, of course, is the creator of Absolute Drift and the most recent gem, art of rally.

Growing up in Vancouver, Canada, there wasn’t much of a motorsport scene. I, too, grew up amongst the mountains and ocean waves that surround beautiful British Columbia and can vouch for this statement. Casu’s love for racing wasn’t necessarily environmental, although he did attend a stock car race (similar to NASCAR) when he was little. Rather, most of his admiration for motorsport sprouted from playing video games. Especially Need for Speed and Colin McRae Rally/DiRT series.

The Vancouverite went to university to study engineering and after failing a class in Programming, he flipped the switch and redid the same course at a different school. He excelled the second time around and from there, enrolled in a programming school where Casu obtained a degree in Gaming.

“I saw that video one weekend in December, and I was like, ‘This would be really cool to make.’ The boxes and obstacles Ken was drifting around were red and white. I had been playing a lot of Mirror’s Edge…and other kinds of games,” he recalled recently on the Traxion.GG podcast.

And fatefully, at the Global Game Jam – a weekend meetup for everyone from students to professional developers to get together and make a game, either solo or with a team – Casu created a “super ugly prototype” of what eventually would be the minimalistic, yet delightful drifting game.

With a little push from his entrepreneur parents, Funselektor’s Absolute Drift was born.

Diving into his video games is like understanding the power a paintbrush holds: each stroke is a flick of a magic wand, turning a blank canvas into an incredible masterpiece. Every frame immediately transports you into an alternate universe where motorsport and art coexist in perfect unison.

In fact, Casu may be known as a game developer to some. But after speaking to Traxion.GG, it’s clear that he’s actually a virtuoso crafter; an artisan who proudly displays his pieces on an online boardwalk, catering to those who yearn for something more than just realistic graphics or a futuristic feel.

During the chat, Casu dons an inviting smile while sipping out of mug and sitting at a six-foot, custom-made table. He’s drifting through Santa Cruz – catching waves and seeing friends – in the same camper van he spent many years in while creating art of rally. The relaxed lifestyle is something Casu appreciated throughout the game-developing process.

“Just kind of seeing places. It’s nicer to help with burnout, I guess,” he reflected. He set up a monitor and keyboard inside the van and the rest is history. “I didn’t actually know about hot-spotting until maybe 2018 or 2019.”

Casu’s endless road trip sparked a unique sense of creativity that came from everyday inspirations along the way. His journey wasn’t always easy: adversity poked its pesky head around the corner of many pitstops.

Every challenge proved to be worth the struggle, though, because when you press play on games like art of rally, you take a plunge into a pastel-coloured canvas and become part of the art itself, too. Like a special hand-crafted gift made just for you.

That’s exactly what Dune Casu gave us with this game.

If you’d like to hear more about the creation and future of art of rally, listen to the full interview with the Funselektor himself by pressing play on the podcast episode below.