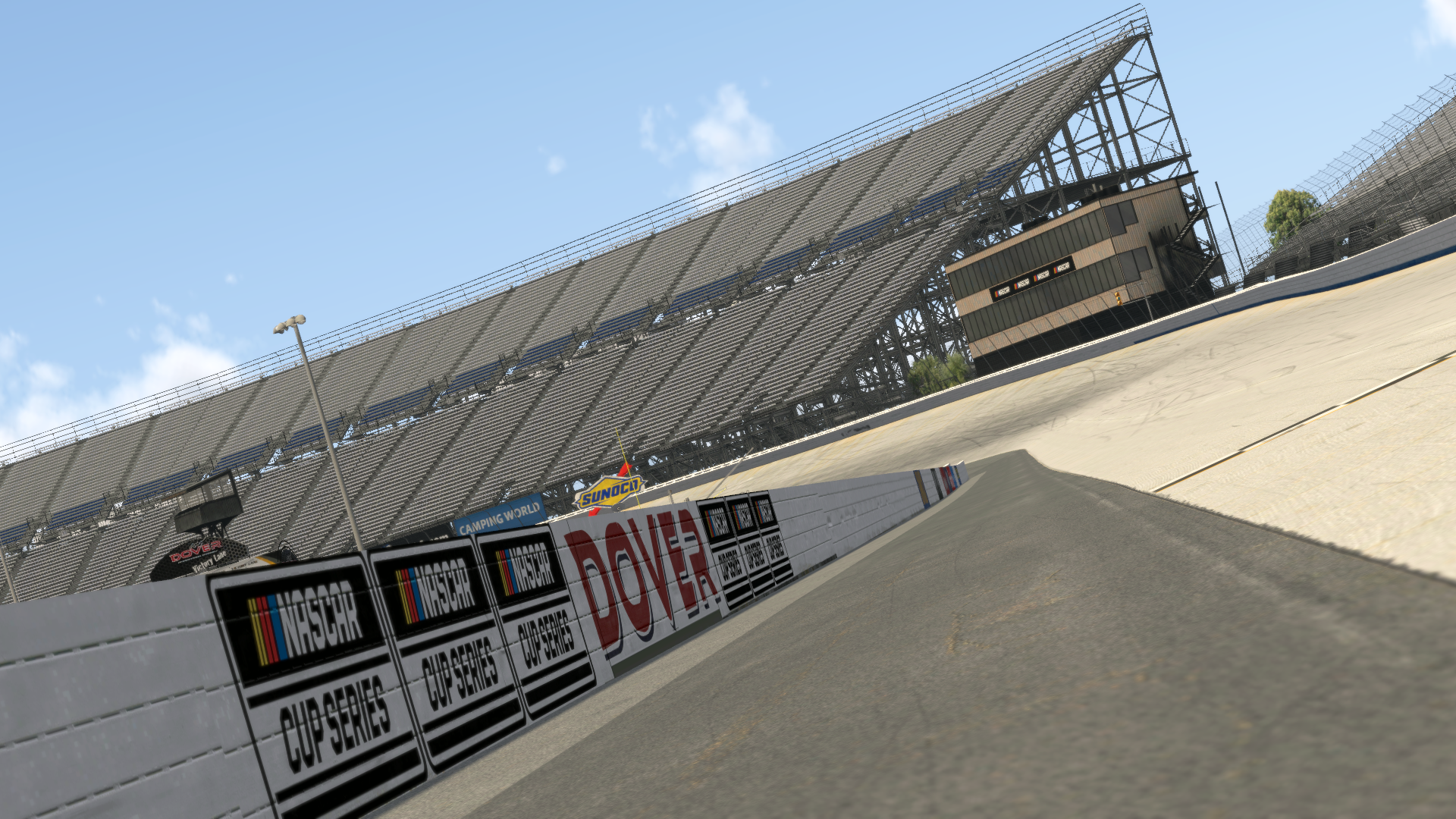 Dover Motor Speedway is home to the next race on the schedule. Nick Ottinger enters Tuesday’s race (26th April) as the defending race winner from 2020.

Tonight, the eNASCAR Coca-Cola iRacing Series will take to the Monster Mile for the sixth race of the 2022 season. Two weeks removed from the first dirt race in series history, the next obstacle will be to conquer the concrete at Dover Motor Speedway.

Back to a normal race schedule, the 40 top oval sim racers on the iRacing service will battle for 120 laps around one of NASCAR’s most unique ovals. Opened in 1969, Dover was originally an asphalt surface, all the way up until 1994. From 1995 and onward, the track is but one of three on the current-day schedule paved with concrete, alongside Bristol and Nashville Superspeedway.

Two weeks ago, at that inaugural dirt race on the usually-concrete Bristol Motor Speedway, Nick Ottinger (William Byron eSports) was victorious after an intense battle with Graham A. Bowlin (Charlotte Phoenix) in the closing laps. As it turns out, Ottinger is also the most recent winner at Dover, dating back to 2020.

2022 will be the ninth visit in series history to the one mile concrete oval in Dover, Delaware. Dating back to 2011, six drivers have won at the venue in eight races.

The first Dover victory went to Thomas Lewandowski in 2011, with Kevin King scoring the 2012 win from the pole. In 2013, Ottinger scored his first win at the track, and the following season, his current-day backend teammate Michael Conti (JR Motorsports) won from the pole position en route to winning the championship in 2014.

Kenny Humpe was victorious in 2015, but in 2016, the track was not included on the schedule for the first time since its addition. It returned in 2017 in time for Ryan Luza (XSET) to take the victory en route to his championship that season.

Conti became the first multi-time winner at the track when he was victorious in 2018. Again in 2019, the track was off of the schedule. In 2020, Ottinger took the win. The track was also featured in the 2020 eNASCAR iRacing Pro Invitational Series where Ottinger’s owner, William Byron, was able to win.

The easiest picks will be the drivers who have had success at the track in the past. Ottinger and Conti both have two wins, and both have had stellar seasons to this point. Ottinger leads the current points overall, and Conti leads the playoff grid with two wins on the season.

Luza is another previous winner, and despite his early season woes, he’s been good for 16 previous victories in the series, with at least one per season since he joined and dominated the world in 2017.

Outside of the winners, it’s not too far of a toss to those who’ve been consistently good all season long to this point. Bowlin is destined for a win sooner than later, having nearly won in most of the races so far. Another safe bet would be Steven Wilson (Stewart-Haas Esports), second overall in the points standings with a win already tucked under his belt.

Besides that, in the last trip to the track back in 2020, Dylan Duval (Stewart-Haas Esports) scored a podium finish that day while the defending series champion Keegan Leahy (23XI Racing) rounded out the Top 5. Leahy, in particular, has not had the title defense he’d hoped for so far. I’d expect him and his teammate Mitchell deJong to break through sooner than later as well, barring any further misfortunes.

Be sure to also check out our Traxion.GG 10 Questions interview with Blake Reynolds, driver of the No. 15 Ford Mustang for Jim Beaver Esports.