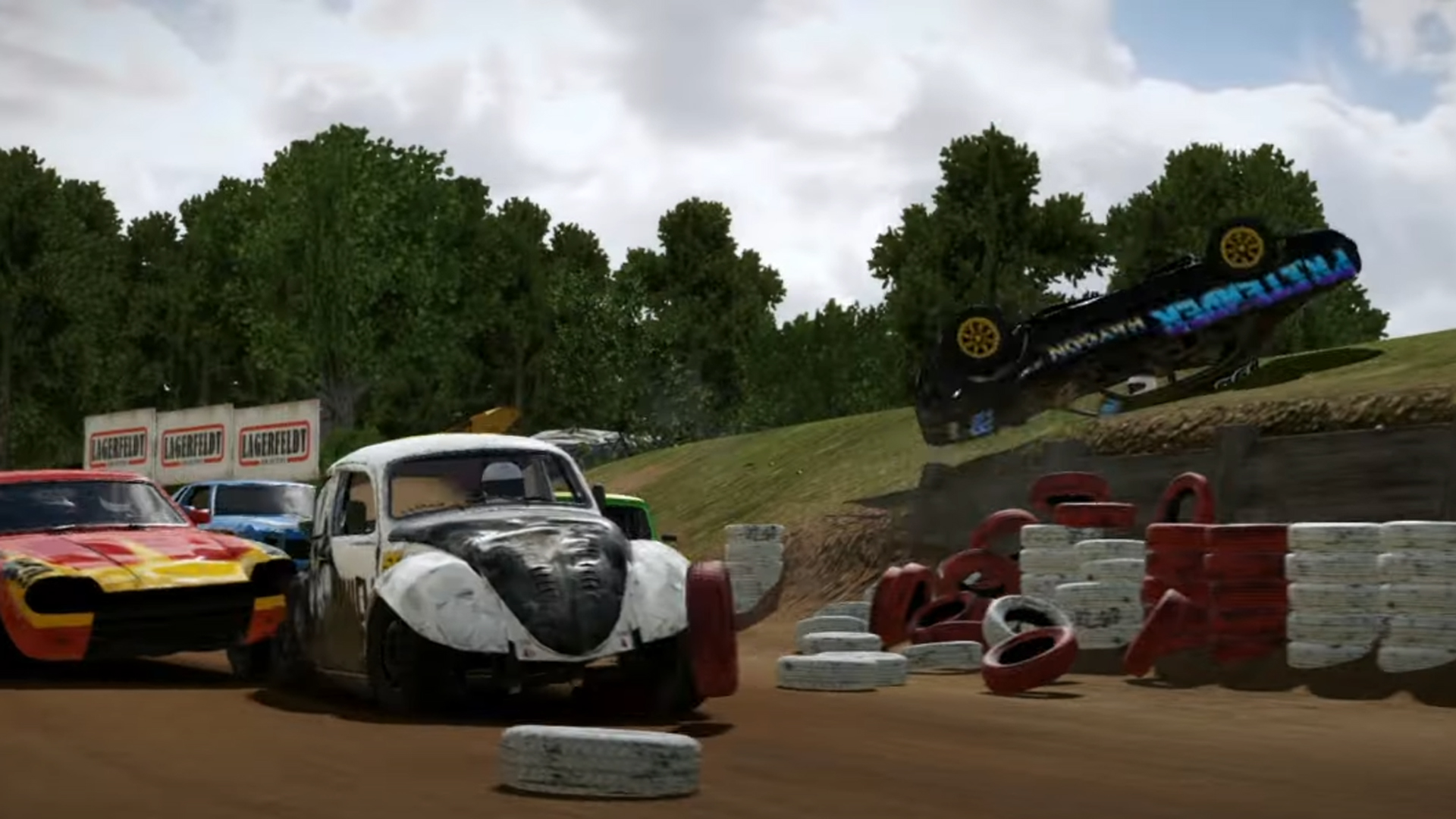 Digital and physical pre-orders for Wreckfest on Nintendo Switch are now available, alongside season DLC pricing and size information.

With Wreckfest coming to the Nintendo Switch on the 21st June 2022, you can now pre-order the cacophony of bent metal and burnt rubber for the diminutive hybrid console

Prying you away from Nintendo Switch Sports, Bugbear Entertainment’s pile-up simulator was first released for PC in 2018, after a crowd-funded gestation, before coming to PlayStation 4 and Xbox One in 2020 followed by PlayStation 5, Xbox Series X|S and Google Stadia in 2021.

Now it’s the turn of the Switch, and the Nintendo eShop now has the game listed for $39.99/€39.99/£34.99. In the US, Walmart is currently listing the physical release and in the UK, Smyths – both at the same price as the digital store.

It will weigh in at 10.5 GB, as it features all of the vehicles and tracks previously launched post-release for the home console and PC versions – provided you pick up the optional season access. The monthly Tournament Mode updates will not be present at launch but are scheduled to launch soon.

The new pre-order trailer also demonstrates further Switch-captured footage. While not direct gameplay – perhaps from replays – certainly the level of detail, in particular vehicle damage, looks to be remarkably impressive. Let’s hope it holds up in action.

Wreckfest on Switch will be locked at 30 frames per second and features 16-player online multiplayer. Pricing for the previously announced additional downloadable content has also been released, details of which are below.

Wreckfest on the Switch will take up 10.5 GB of space