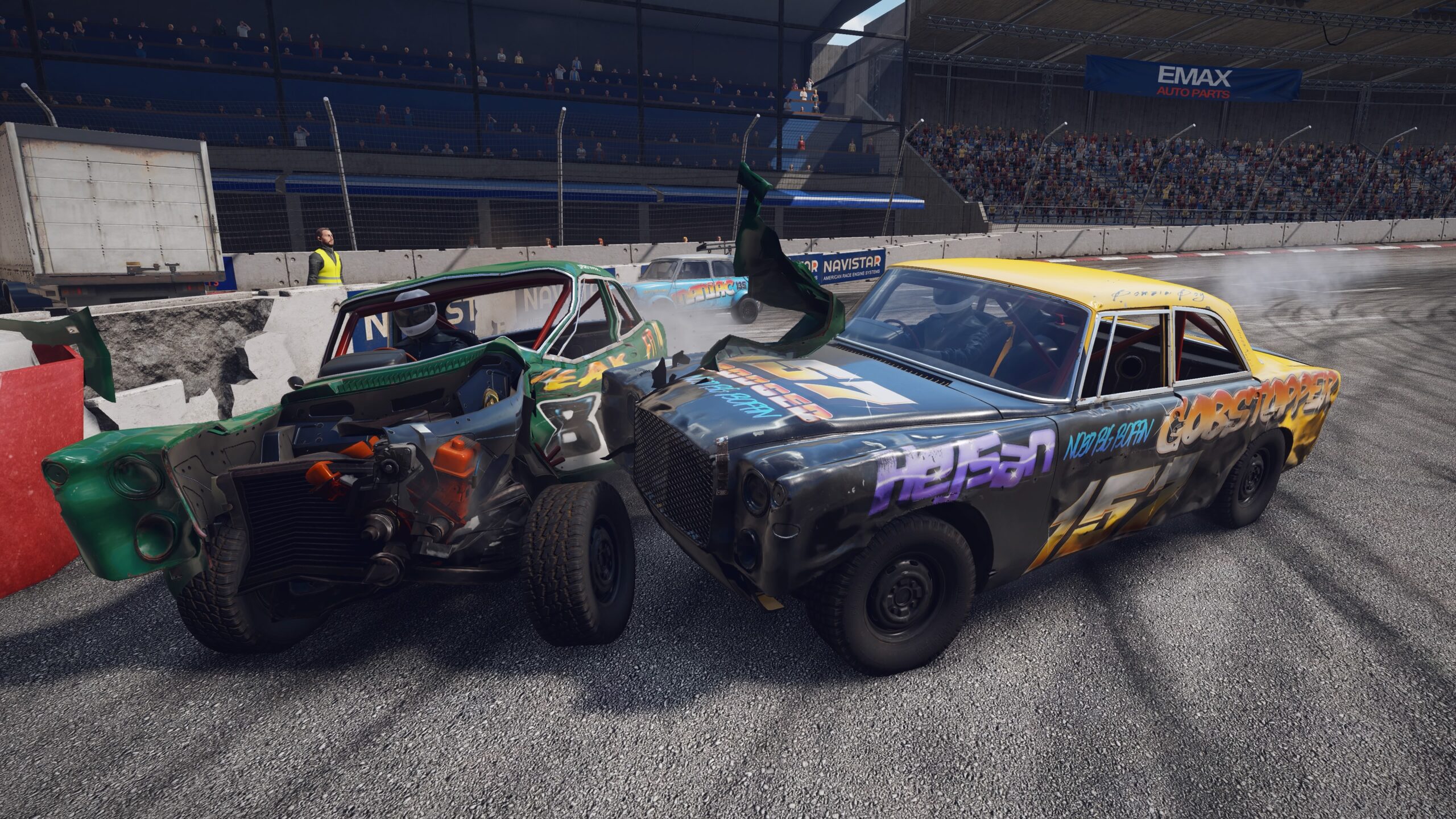 It’s time once again for yet another superlative Wreckfest Tournament update, and this time around the Banger Brawl returns to the game’s roots – smashing into cars.

Following on the Rally Trophy update in November, Banger Brawl will see you accruing points by crashing into other cars, with more points awarded based on your position. In addition, the Dominator has a new banger racing paint job as well as a toxic Big Rig paint. Both the Gobstopper and Toxic Avenger Bundles are available for 5000 Fame via the in-game Tournament store.

The update is now live for PlayStation, Xbox, PC and Google Stadia players.

For those on PC, two new features have also been added to the long-running post-release Wreckfest support. We hope these reach the other platform versions soon.

Spectator Slots allow an online host, admin or moderator to select a player, including themselves, as a permanent spectator. In certain existing game modes, should you be knocked out, you can become a spectator, but this new option allows for someone to watch for the entire duration, which could help with creating video clips and images of an online session.

Cup Mode will keep track of scores over multiple events in a championship fashion, meaning you can keep track of who has done the best, or worst, over the course of a play session. Points will be reset whenever the server is shut down or restarted and are awarded 30, 27 and 25 respectively for the top three and then 20 to one down.

The full changelog for December is below, and as ever, let us know if you’ll be playing Wreckfest over the holiday period in the comments below.