The Formula 1 season is finally underway in 2022, containing many new stories and radical changes to the regulations that aim to tighten up the field with closer racing. Its virtual recreation by Codemasters is bound to be as exciting as its real-life counterpart, with an announcement imminent if the previous years are anything to go by.

Following the acquisition of Codemasters by EA for $2.1 billion, the F1 2021 game contained a whole array of new features and improvements, such as the Braking Point story mode, two-player career and three new tracks after launch.

But, the industry moves fast, so hopefully, we can see even more new additions in the next iteration. We’ve put together a list of things we would like to see; including features from previous titles and general quality-of-life improvements.

The very first story mode in the F1 series, named Braking Point, was introduced in F1 2021 and contained a fictional dramatic look at what it was like to drive in F1. If you have yet to experience this mode, we won’t provide any spoilers, but we’d highly recommend giving it a go.

Playing as rookie Aiden Jackson, you were given the option to join four F1 teams after succeeding in F2. The first year doesn’t go well, however, as the antagonist Devon Butler stirs the pot between yourself and your teammate Casper Akkerman, providing some heated moments throughout the paddock and on-track.

Devon was briefly shown at the start of F1 2019’s Career Mode and provided a taste of what was to come, as Braking Point proved to be a welcome feature.

Another major single-player feature introduced in 2020 is the My Team mode. You took the place of the 11th team on the grid, making choices such as car livery, engine, the second driver and more.

As the season progressed, the entire field was shaken up to include some confusing line-up changes and decisions, with your car potentially being ahead of the pack after the first year.

As for the next title, it would be great to see the continuation of these single-player modes. Not only a sequel to Braking Point, but also the ability to transfer your team to the new regulations.

Starting the 2022 season with the same team you created and developed in 2021 would be great to continue with everyone on a level playing field, desperately trying to get ahead of the other while getting used to the new regulations.

The 2021 season contained alterations to a few tracks within the calendar. Multiple elements of Australia’s Albert Park were redesigned to improve lap-times by five seconds; including widening corners and removing chicanes.

The venue was set to host the Australian Grand Prix on the 21st of November, but sadly succumbed to cancellation, returning this weekend for the third round of the 2022 championship (10th April 2022).

These changes weren’t included in F1 2021. Considering Abu Dhabi’s new alterations were announced a few weeks before the game’s launch, Codemasters understandably didn’t have enough time to make these changes.

Spain, on the other hand, revealed the reprofiling five months before the game’s launch, which surely meant it would have been enough time for the team to adjust the one corner. Even more puzzling is the fact that MotoGP 21 contained Spain’s new turn 10 and was released three months before F1 2021.

Hopefully these alterations will be included in the next title, but this brings us onto other track anomalies that have been in the F1 games for a while now.

Spa’s infamous flat Bus Stop, Canada’s super-tight exit on Turn 4, Monza’s huge concrete patch on the entry to Curva Alboreto and so on. These are all very small track changes, and alongside the change to Spa’s Raidillon, they will help push the immersion even further.

Blast through Monaco with an F2004 while the engine’s scream bounces off every surface at Massenet, or wrestle the insanity that was the McLaren MP4/4, where keeping it on the asphalt at Suzuka was a tremendously satisfying challenge.

These were sadly excluded from the 2021 version, but we’d love to see them return. They were a welcome change within My Team, as taking a break to complete a Time Attack or Pursuit event in between Grand Prix races was fantastic.

Now is the perfect time to reintroduce them to compare how they feel alongside the brand-new regulations.

As someone who wouldn’t be able to feel the difference in camber or anti-roll bar adjustments, setup knowledge has always been a struggle within sim racing, and I know this opinion is shared with many casual fans.

It’s great that the F1 series includes five different setup options, with priorities given to top speed or acceleration, as selecting a specific one is simple enough when it comes to high-downforce Monaco or low-downforce Monza.

But when it comes to those tracks that contain multiple different cornering approaches or varied lengths of straights, it’s puzzling to understand which setup you’ll need without resorting to a quick trip to the Steam workshop.

This is where the loud-mouthed Jeff can come into play.

Taking inspiration from another Codemasters owned franchise, Project CARS 2, you’re able to talk to a Race Engineer about the car’s performance and handling.

You were given four options to select, those being Braking, Downforce Suspension and Gearing. Choosing one of these would give feedback to the race engineer, and they would give suggestions on what to adjust and made changes to the setup once selected.

Adding this into the F1 series would make perfect sense, where adjusting the tiniest parameter can make the difference between smashing or crashing the perfect lap.

Furthermore, having Jeff make suggestions on the five available presets would go a long way. If you were racing at Singapore for example, his suggestion about choosing the high-downforce setup would work wonders for the casual audience.

The big four leaders within the videogame industry have become a lot friendlier lately, as this behaviour is perfect for consumers.

Those days being stuck on one platform while your mates are on the other in a Call of Duty lobby are long gone, as cross-platform play has widely become more accessible across a whole range of games.

Considering that the F1 series has always been published towards multiple gaming platforms, it would be great to include cross-platform options for future iterations. Not everyone has the space for a PC, so having the availability of playing with your friends while they’re on a PlayStation 5 would make a lot of sense.

If this does come to fruition, don’t just exclude this to multiplayer lobbies, but include the new two-player career mode or future co-op modes, if the former isn’t available.

As F2 has been integrated into the series since the 2019 version, adding more support series into the mix would be great. This can give the player extra progression to work their way up to the top rank, taking the role of a driver going through the FIA Global Pathway, but this should still be optional of course.

F3 and W Series would be good candidates to include too, considering they both run on the same tracks as the larger series. This could open up more options for choosing your second driver in the My Team mode, as driving alongside someone such as Charles Leclerc’s brother Arthur, or double W Series winner Jamie Chadwick would be pretty cool.

Introduced to the real-world 2021 season and returning to three different venues in this year’s calendar, Sprint races (or Sprint qualifying, or just ‘Sprint’ as FOM likes to call it) cut down the usual race format into a bite-sized 100km sprint.

The order of the grid is determined by Fridays qualifying session, and the finishing order in the Sprint Race determines the grid order for Sunday’s race. Still keeping up?

This format wasn’t in F1 2021, but having this as an option in the next title definitely wouldn’t hurt. You could still emulate a sprint-style race by setting the race length to 25%, but this also increased the tyre wear by 75% – as if you were racing in a full-length race session at 3x the speed.

Almost every mode could benefit with this format, as taking on a 100km race without the need to change tyres can contain some great online racing.

Would you risk the soft tyres and have a slippery second-half, or do you play it safe by putting on the medium tyres to ensure grip is possible throughout the entire race? No matter your stance on ‘Sprints’, this could be a great addition within the series.

As ever, this is a hypothetical wishlist. We’re sure Codemasters will have something surprising up its leaves and hopefully, we’ll find out more soon. Leave a comment below if we have missed any changes or features you would like to see within F1 2022. 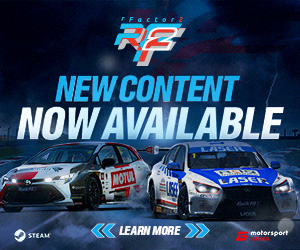