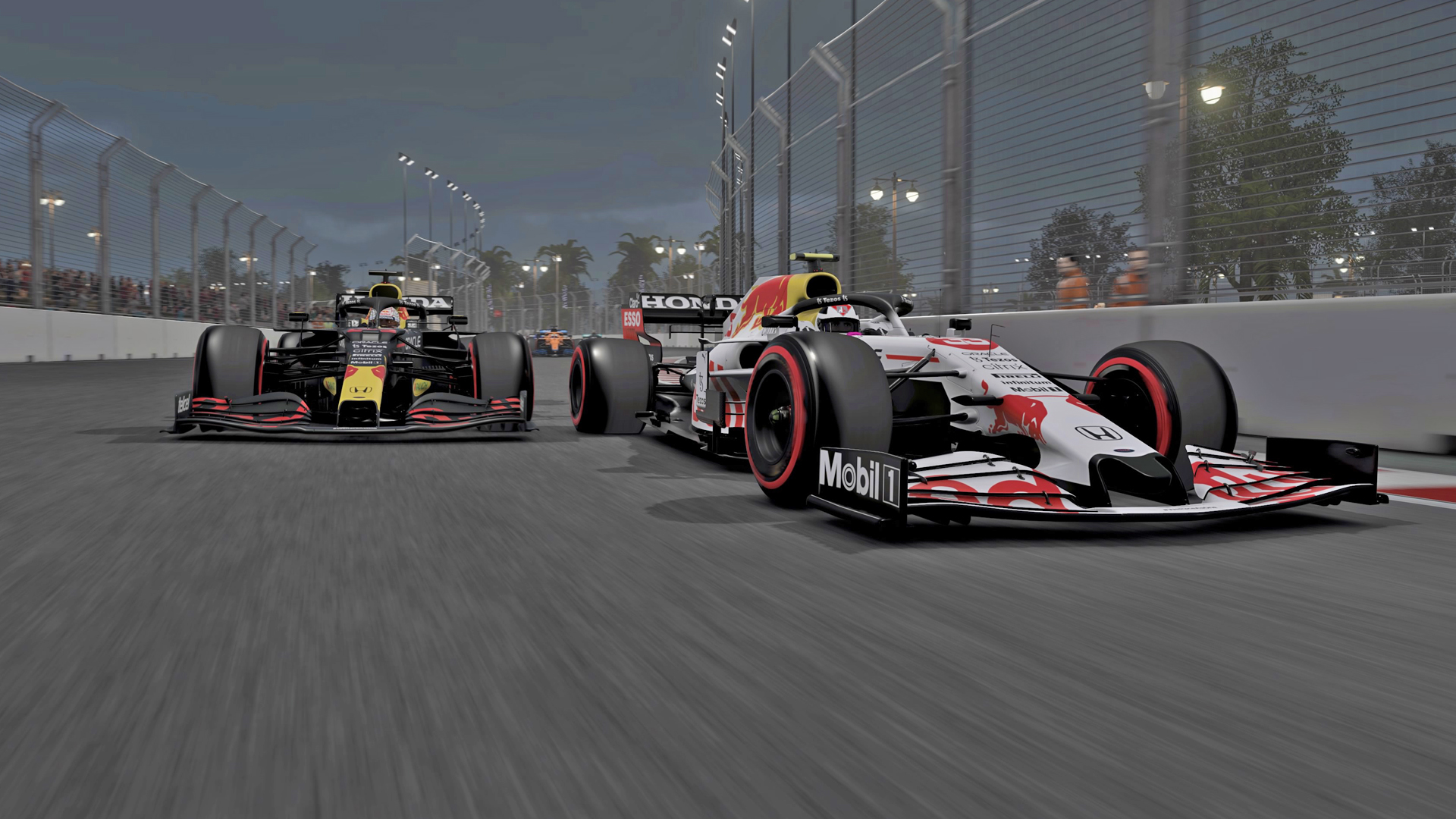 Although, all is not quite as it seems, as how you select the livery isn’t quite as straightforward as you might imagine.

A new game update has just launched for the F1 2021 game by EA and Codemasters, and it sees the return of the white Red Bull livery plus some additional AI improvements.

The design was added to the F1 2021 game in October 2021, alongside the Imola circuit, but only as a limited-time option.

Now it returns as a permanent addition, selectable on the ‘Player Car’. It it can be used during My Team, Grand Prix, Time Trial and online multiplayer, but you must visit the Car Liveries section of the Customisation menu and apply it in lieu of a custom design.

There are further tweaks too, including revised AI rival behaviour when they are on an in-lap and as quicker cars approach, plus a re-calibration of the Fanatec CSL DD pedals.

For those racing online, grid penalties and fastest lap points have been tweaked in the Leagues feature, and those who join a session during the grace period of a qualifying session should now be able to enter successfully.

The update 1.17 patch is live now across PC, PlayStation and Xbox devices.

To use the White Red Bull livery in F1 2021, visit the ‘Car Liveries’ section under the ‘Customisation’ tab of the main home menu. Then select ‘Create New’, ‘Liveries’ and then section the White Red Bull design from the list. Next, select ‘Equip’ on the look when on the ‘Select Design’ menu.

Then, when entering a race, such as a Time Trial, select ‘F1 2021’, scroll to the far right and select ‘Custom Team’, which should now be the white Red Bull design. This is otherwise known as the ‘Player Car’.

The same process will apply to Grand Prix, a feature that was added in January 2022. Strangely, this will mean you are entered as the ’11th team’, so will lineup against the official, ‘Blue’, Red Bull Racing team.