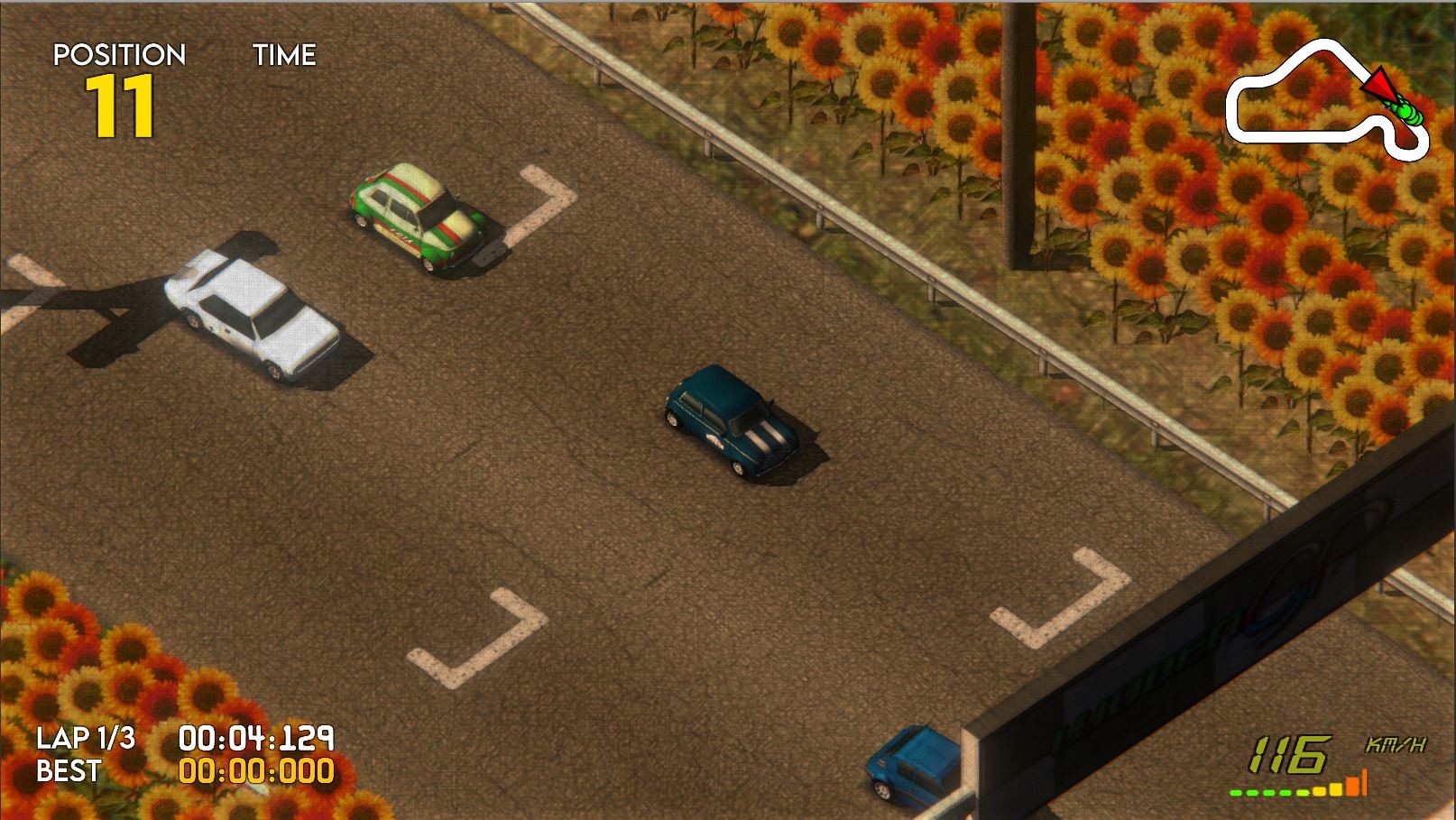 Super Woden GP is an arcade isometric breath of fresh air. It harkens back to a time when arcade thrills and spills were found on the Sega Mega Drive (Genesis for some of you) or in the actual arcades themselves.

Everything from the graphics to the oversteer to the funky soundtrack screams 1994, but with modern-day quality of life improvements. This game made an immediate impact on me.

The demo itself – part of the recent Steam Next Fest and a very early, unfinished, vertical slice – consisted of a single time trial challenge. Super Woden GP is played using a top-down-but-behind-you isometric perspective which some newer gamers may not be familiar with. This means you’ll be driving up and down the screen and of course, the steering controls switch when you are coming back down again.

This may seem obvious to crusty old gamers like me, but I’ve seen so many gamers try these kinds of games and not understand that concept, so it’s worth a shout out. If you struggle with this concept, you’ll be causing plenty of car damage on your first few runs.

The Scandinavian flick of oversteer and drift is your friend throughout the game but you need to balance this with caution. The handling model quickly feels like it works on a 32 point compass rather than full 360-degree freedom.

Push your car too hard and it’ll quickly slow down to a crawl or veer off into a barrier. The key here is to come in wide and throw the rally car in just enough to make the apex without triggering that gag reflex of an oversteer spin. Just like other rally games, an announcer shouts the upcoming corners at you, only this time it’s a very enthusiastic European lady walking the line of giving energy and making you annoyed very tightly.

The soundtrack seems like a quintessential mash-up of chiptune, chiprock and bitcrushed jazzy music that matches the vibe to perfection.

All these elements come together to create a retro vibe that Super Woden GP nails. There are three games that come to mind for those who want comparisons. If you’re old like me, Combat Cars and Rock N Roll Racing from the Sega Mega Drive era feel like obvious inspirations. Less obvious would be WRC Powerslide which came out in 2013. Imagine that games freedom of movement with the aesthetic of a Mega Drive game on steroids and you have Super Woden GP.

The full game will not be limited to time trials with online leaderboard chasing. You’ll have championship racing on circuits and stages, four-player split-screen racing, weekend events, endurance races and shops to buy over 60 cars.

It is here, with its plethora of additional options and event features that the modern-day tech is used best. I can see a niche racing community running events on the circuits especially because those maps look awfully familiar. They aren’t official but the layouts are close enough. Monza rally, anyone?

Super Woden GP is shaping up to be a treat and is currently penned for a 2021 release date on PC. We’ll be keeping our eyes peeled for more as it progresses.