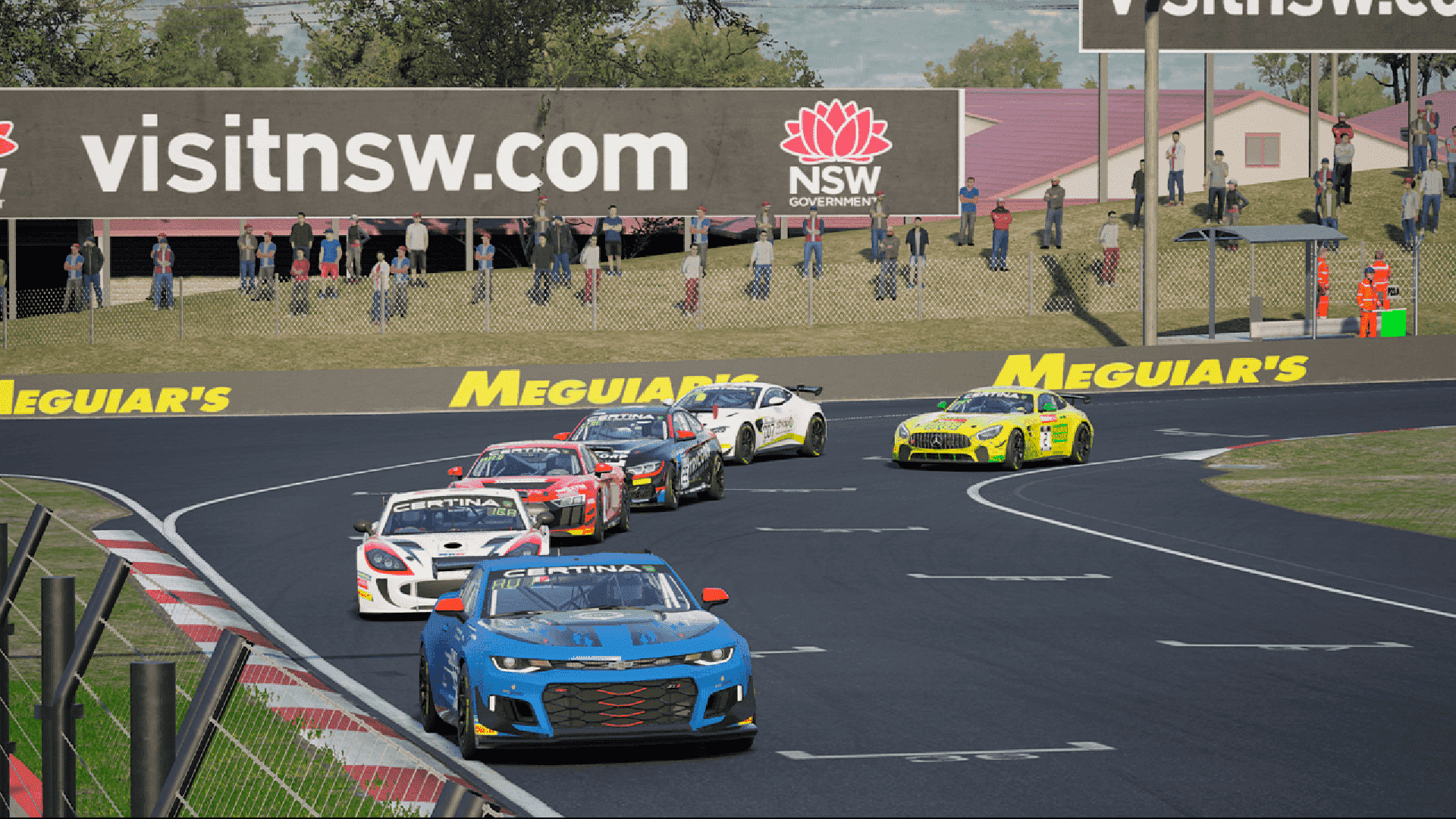 Since launch, the Assetto Corsa Competizione sim has built a strong reputation and carved a niche in the market – despite it only being built around one specific race series. The GT3 platform which has been the mainstay of the game so far is hugely popular in real-world racing and this has carried across into sim racing too. This is likely down the number of different car variants and how evenly matched they are, providing great racing.

Now, in an attempt to broaden the offering of this much-loved game, developer Kunos has introduced the entry-level GT series, GT4. Admittedly the game already has two other categories in the form of the Porsche 911 GT3 Cup and Lamborghini Huracan Super Trofeo, but apart from the first leg of the career in the ST, they do not really feature heavily in the game.

The GT4 pack, however, is much more comprehensive and adds real value to the game. Not only do you get to access a fleet of new metal, but there is an added career mode too, which provides extra depth to the game experience.

Having already played with GT3’s for some time, it would be easy to dismiss the GT4 as the slower, less interesting cars to drive and race, but in fact, they are hugely enjoyable and offer a unique experience. I find the slower speeds allow you to learn tracks better, increase your race craft as well as make you a more consistent driver.

As for the cars, given the majority of the GT4 field are based around their bigger GT3 siblings, some of the inherent driving characteristics cross over. For example, the Mercedes-AMG GT3 has an abundance of low down grunt, can beat a kerb into submission, but does not have the ultimate poise of something like the McLaren 720S GT3. This is similar to the Mercedes-AMG GT4 in comparison to the McLaren 570S GT4. If you are used more confident in a specific GT3 car, chances are you will enjoy driving a similar platform GT4 machine.

Having another category has also spawned the ultimate in endurance racing, multi-class. Although Kunos has not yet configured GT3 vs GT4 in single-player mode, the fun that can be found in the multiplayer servers is brilliant. A particular favourite pastime is seeing how close or up the field you can get in a GT4 car vs. the competition.

The GT4 pack is a fantastic addition to the game and broadens its gameplay abilities. Now, all we can do is play and wait until the release of the British GT pack so more multi-class racing can be had around tight and twisty UK tracks.

The GT4 pack is available now for Assetto Corsa Competizione On PC, PlayStation 4 and Xbox One. It’s priced at £15.99/$19.99 on PlayStation and £17.99/$19.99 on Steam as a stand-alone or part of the Season Pass which also includes the 2020 GT World Challenge DLC and the British GT expansion. Let us know your thoughts in the comments below along with your favourite GT4 car.