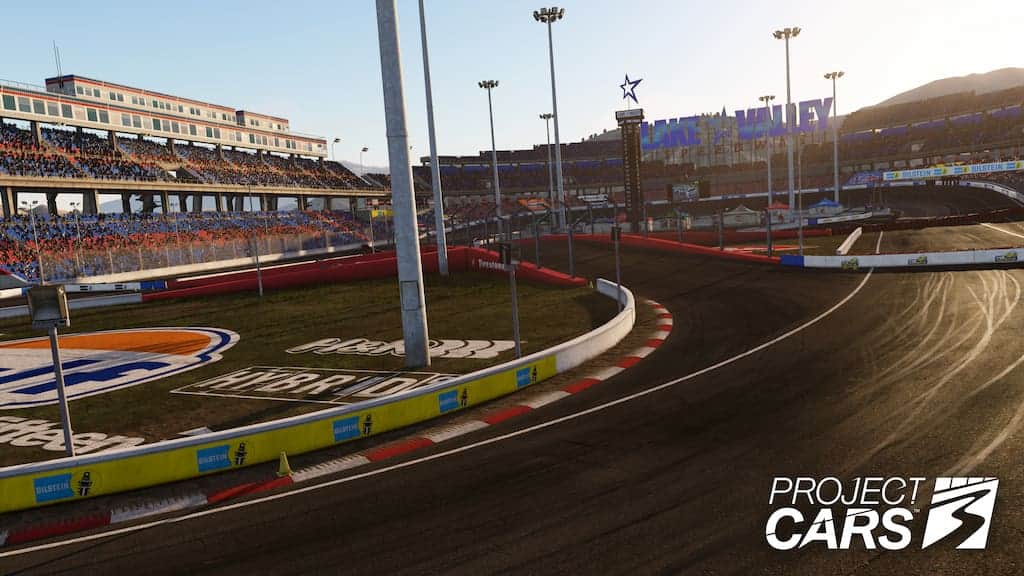 Project CARS 3 will receive Lake Valley Speedway, a new circuit based in what looks like a stadium environment, next week. It will be free to all players, too.

Based in Utah, two images of the new track have been released so far. It looks to be set in an arena of sorts – which reminds me a little bit of the Race of Champions at first glance, without the side-by-side racing – and promises a figure-of-eight configuration and banked turns. The tracks Yas Marina Circuit and Bahrain Circuit have been previously added to the game since its release in August 2020.

The third set of paid DLC for the game is also due next week, which the Project CARS website states is all-Japanese and consists of four cars, plus racing kit variants, one of which is a one-off prototype. Previous packs for the game have been the Legends Pack which featured the 1994 Toyota Supra MkIV Turbo, 1994 Mazda RX-7 R2 and 1997 Acura NSX, and the Style Pack which featured the Ferrari SF90 Stradale, Lamborghini Sián FKP 37 and Hennessey Venom F5. There is also a Season Pass priced at $34.99/£28.99/€34.99.

The exact release date for the new circuit and additional paid DLC are yet to be revealed. As always, we’ll let you know as soon as the information is available.