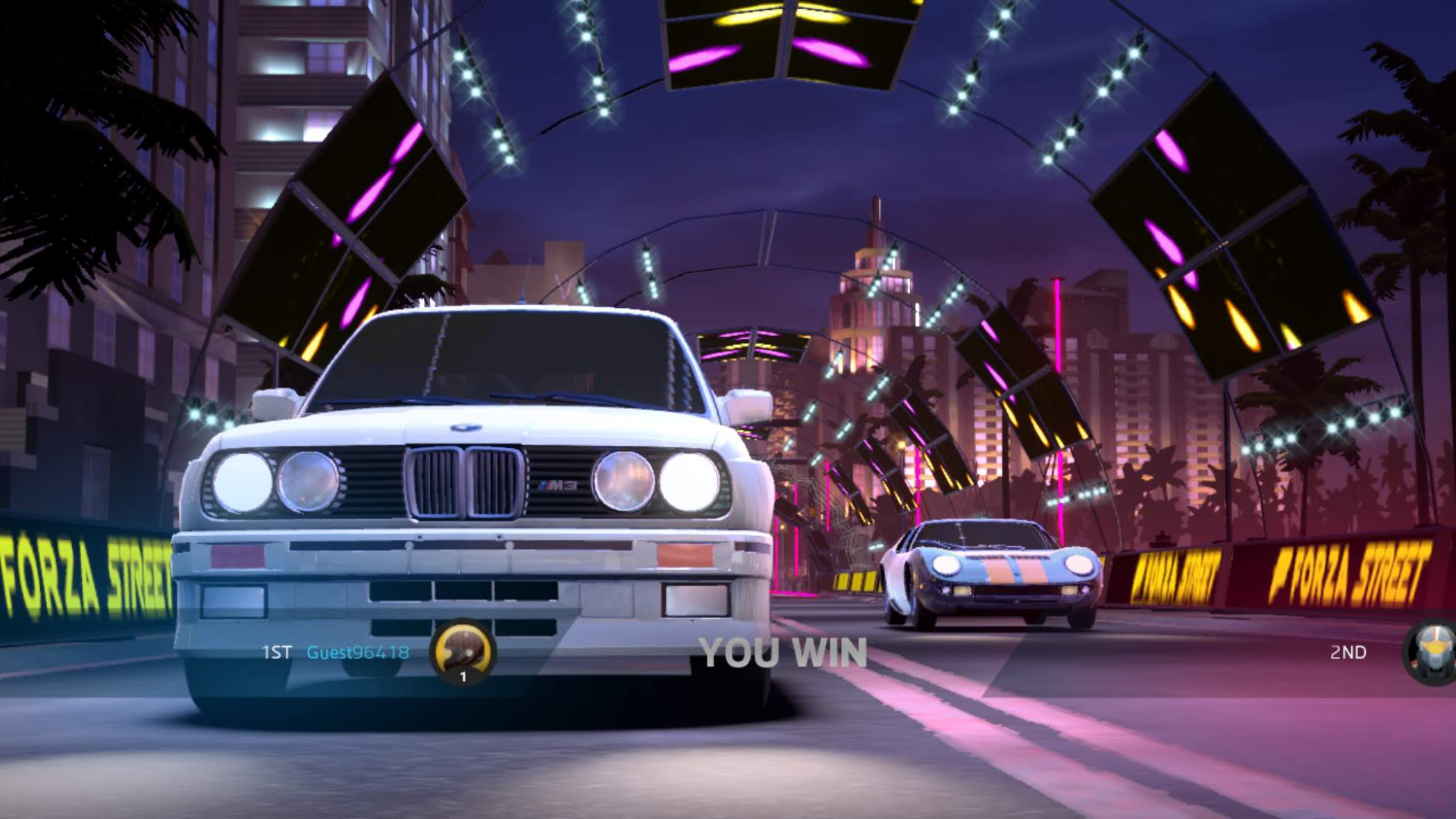 The tap-racing mobile spin-off of the Microsoft racing series, Forza Street, will be crossing the finishing line for the final time in Spring 2022.

Developed by Electric Square – the studio behind Detonation Racing and recently assisting in Battlefield 2042 – and featuring the ability to sign in to your Xbox Live account to earn Achievements, Forza Street sees you progress through a series of races, unlocking licenced vehicles.

On the track, sorry, ‘street‘, you simply held down an accelerator, then released the gas for corners, and then tapped for nitro boost. The recently shuttered Project CARS GO was similar in style.

Launched in 2019, Forza Street was receiving new vehicles and regular updates will into 2021, such as the Porsche Showdown addition, players are now greeted with closure warnings upon booting the app. No specific date is provided at this time, simply the vague ‘Spring 2022’.

“We hope you enjoyed the game to its fullest with the latest changes. We have now entered the last couple of months of service for Forza Street,” reads the in-game message.

According to the Google Play patch notes, the recent update will be the last for the title, with the in-game store closed with immediate effect. Any existing credits purchased can still be used, and at reduced prices, until the permanent removal of this mobile release.

We expect the app to be removed from both Apple App Store and Google Play Store imminently.

This update is the last one for Forza Street. The game will remain playable until Spring 2022. After its closure, the game and its features will no longer be accessible.

The In-App Purchase Store is now closed. Real-money transactions can no longer be made.

Remaining currency can be used in the In-Game Store as you please on discounted prices, until the game’s closure.