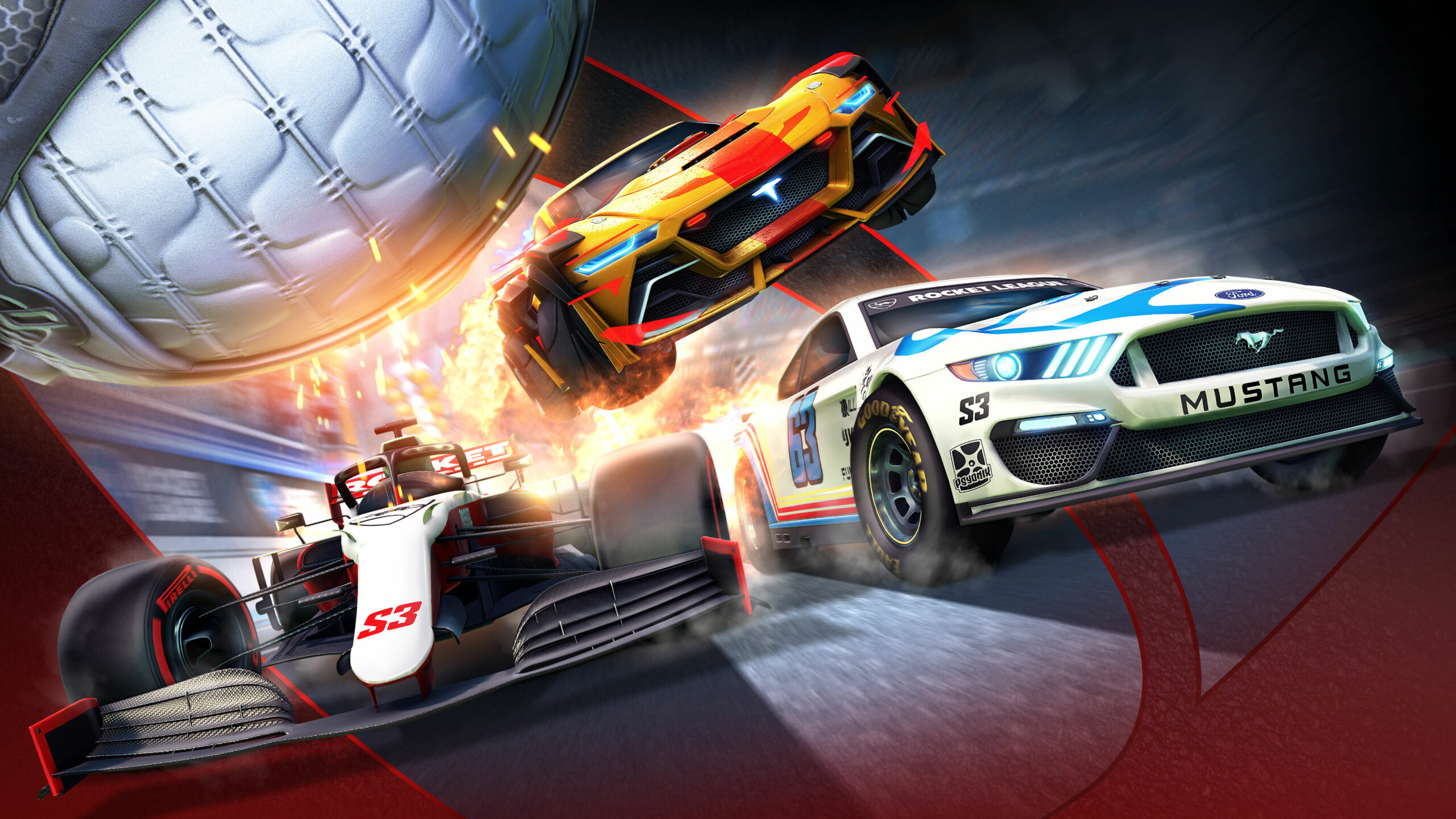 We had a discussion about Rocket League when we first started Traxion. We said we weren’t going to report on it because it’s technically not a racing game, even though there are esports leagues and cars in the game – the exception being if there was some really ‘big’ news.

Well, first there was an official Ford concept truck, then a mobile spin-off and now official Formula 1 and NASCAR vehicles for the game.

I’m just going to say that again – a tie-up between the world’s premier four-wheeled single-seater motorsport, F1, and the USA’s biggest stock car series. Together. In one game. That also happens to have flying cars and giant soccer balls.

Still, 75 million players and a free-to-play model can’t be wrong, so this is clearly the two motorsport championships trying to reach out and engage with a new, and younger, demographic. That can only be a good thing.

Season 3 drops in Rocket League soon, 7th April 2021 to be precise, but the F1 and NASCAR content arrives later in separate bundles. NASCAR is scheduled for ‘early May’, whereas F1 is ‘Mid-May’, so we’ll be back with more details when we get them.

Based on the initial reveal, the NASCAR pack looks to contain a Cup Series Ford Mustang with a non-team specific livery specifically for the game. Meanwhile, the F1 addition looks to be a generic race car that bears a resemblance to a real single-seater, but no team allegiance. To go alongside the officially licenced content, there’s a new car designed by the Rocket League team called the Tyranno too.

The general theme for Season 3 is ‘auto racing’, so there will also be the new DFH Stadium (circuit) arena to play in. This new variant of a classic venue now includes a perimeter race track. As is always the way with a new Rocket Pass season, over 70 tiers to progress through will be available, allowing you to unlock new cosmetic items. This is something The Crew 2 and F1 2020 have also implemented.

Ultimately, the aim is still the same. Score as many goals as you can against rivals in competitive online matches – and there’s nothing wrong with that. Rocket League is the perfect way to unwind after a tense sim-racing battle.

NASCAR and F1 in the same game. Who would have ever thoughts that?!