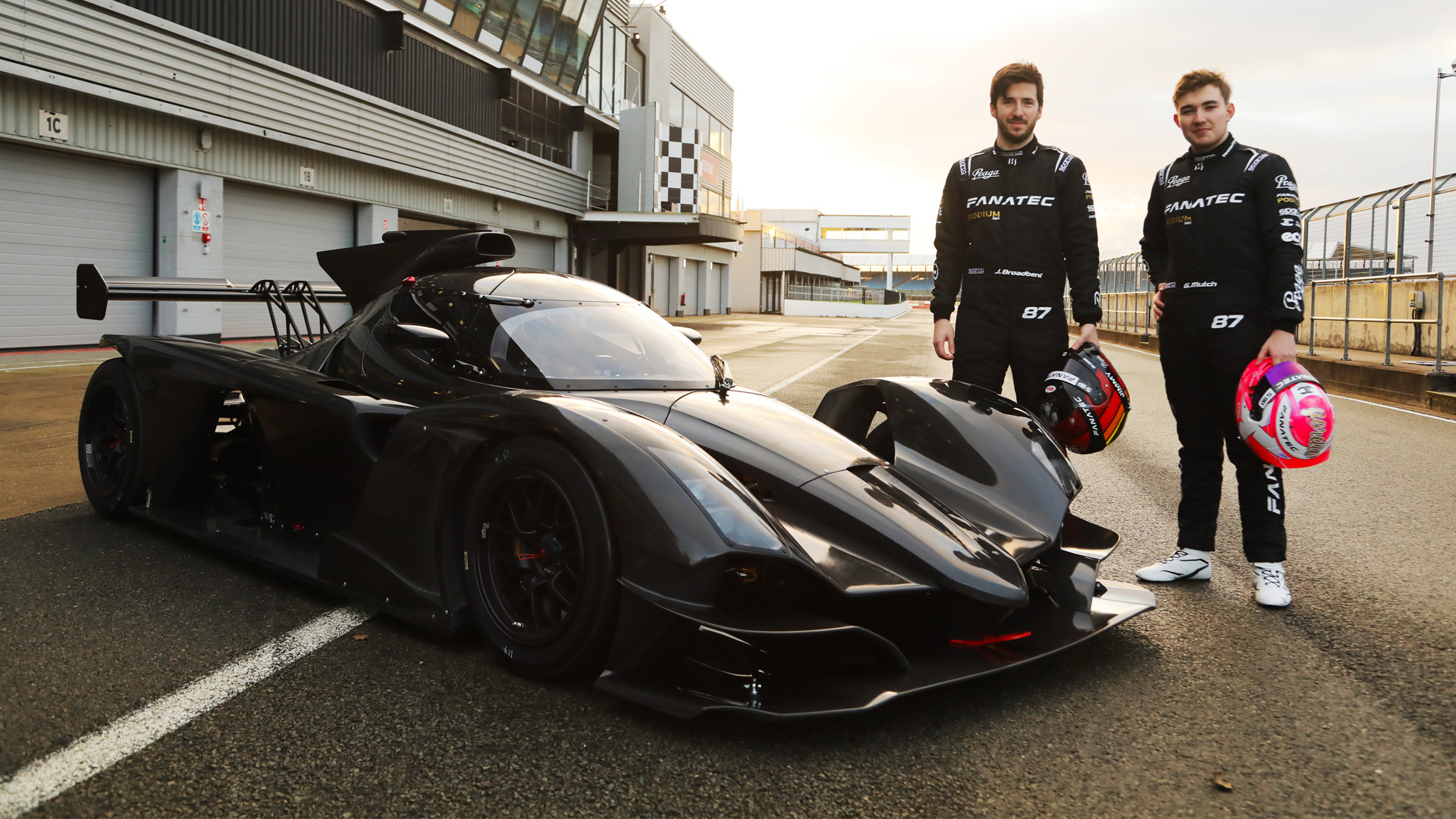 The leading sim racing peripheral manufacturer will partner with YouTube content creator and racing driver Jimmy Broadbent across the Praga Cup and additional projects in 2022.

Your favourite sim racing content creator, Jimmy Broadbent, will be partnered with Fanatec for the upcoming Praga Cup motorsport season.

Paired with Gordie Mutch, the duo won two races at Donington Park in 2021 during the Britcar season, and as announced in January, the pair will now take on the new one-make series for the R1 – the 2022 Praga Cup.

During the initial announcement, the title sponsor was still under wraps, but today (8th March 2022) it was formally revealed as one of the leading sim racing equipment manufacturers.

The team was testing recently at Silverstone ahead of the championship, where the former Stig on BBC’s Top Gear Ben Collins and Jay Morton were announced to drive in the six-round competition.

The programme with Fanatec also goes beyond the Praga series, with selected esports events and a second as-yeat-unannounced real-world series also in the mix.

Broadbent’s Team87 initiative that aims to reinforce sim racing as a pathway to careers in motorsport is involved too.

“I’m incredibly excited to be working alongside Fanatec, as we both have the goal of blending simulation and reality,” explained Jimmy.

“Getting to go racing is already such a privilege, and I’m looking forward to seeing what we can achieve together during this partnership.”

“As we’ve been striving towards bringing sim racing and motorsport closer together, we’ve also been keenly following Jimmy’s racing career. The choice to sponsor Jimmy’s Praga was an easy one to make, especially seeing what he was capable of last season,” highlighted Fanatec CEO, Thomas Jackermeier.

“This also means we have opportunities to explore more ways that sim racing combines with motorsport and 2022 will bring some exciting steps forward in this regard.”

The first round of the Praga Cup is this coming weekend at Silverstone across the 12th and 13th March.