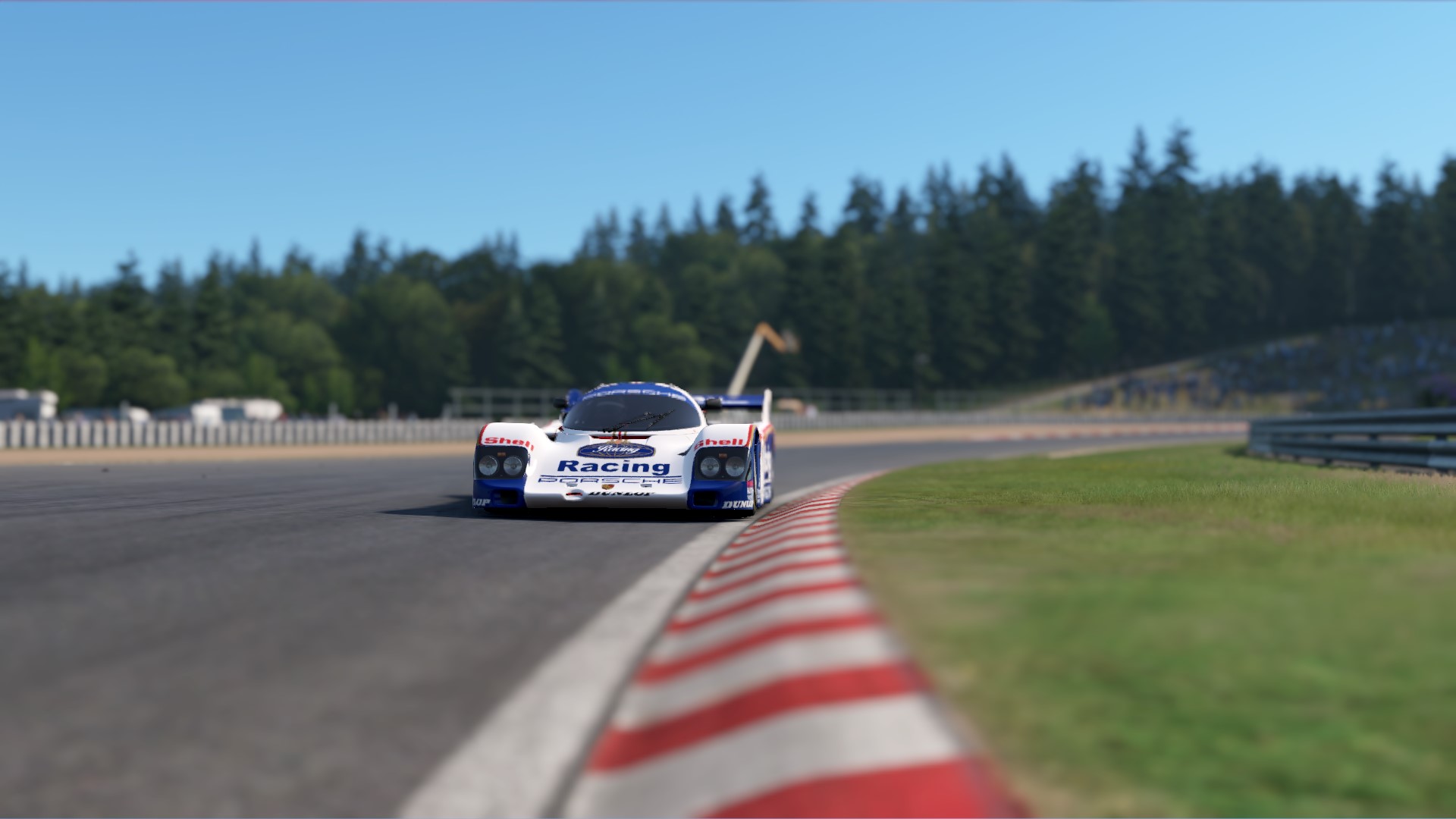 The constant stream of updates and additions for Automobilista 2 shows no signs of abating. You just never know when the team at Reiza Studios is about to tweet a teaser for its next additions.

The PC racing game that uses the MADNESS ENGINE by Slightly Mad Studios as a base has developed at an alarming rate. This new addition promises lots of small bug fixes and refinements. But it also delivers two big-ticket items. Namely, the Circuit de Spa-Francorchamps in a classic 1993 configuration and the Group C class of cars too, featuring two new roster additions: the Sauber Mercedes C9 & Porsche 962C. Amazing.

This version of Spa is resplendent with gravel traps galore in lieu of the modern asphalt run-offs, and the ability to run wide on the exit of the La Source hairpin. Towards the end of the circuit, the Bus Stop chicane is of a completely different layout to what you are used to today. You start braking during a slight right curve before a very narrow left-right chicane, and then a flat right-left onto the curved start-finish straight.

There’s also the added bonus of the Chevrolet Omega Stock Car 1999. Based on what those in Europe may know as the Vauxhall Carlton or Opel Omega, this stock car/touring car features a straight-six engine, rear-wheel-drive and a body kit reminiscent of the car entered in the DTM.

It’s worth noting that while all three cars are free to all users, we had to purchase the Spa-Francorchamps DLC pack for this new variant to unlock. It’s priced at $9.99/£7.99/€8.99 and includes the 2020 layout.

Among the tweaks to the game, there are further changes to wet-weather performance, force feedback refinements, a reduction in the ‘bouncing effect’ at slow speeds, new tyre treads and compounds and improved overtaking abilities for the AI.

The number of updates to AMS2 continues to amaze. Will you be downloading the latest addition to try out classic Spa in a Group C car? Let us know on social media and view the full changelog below, if that’s your thing.