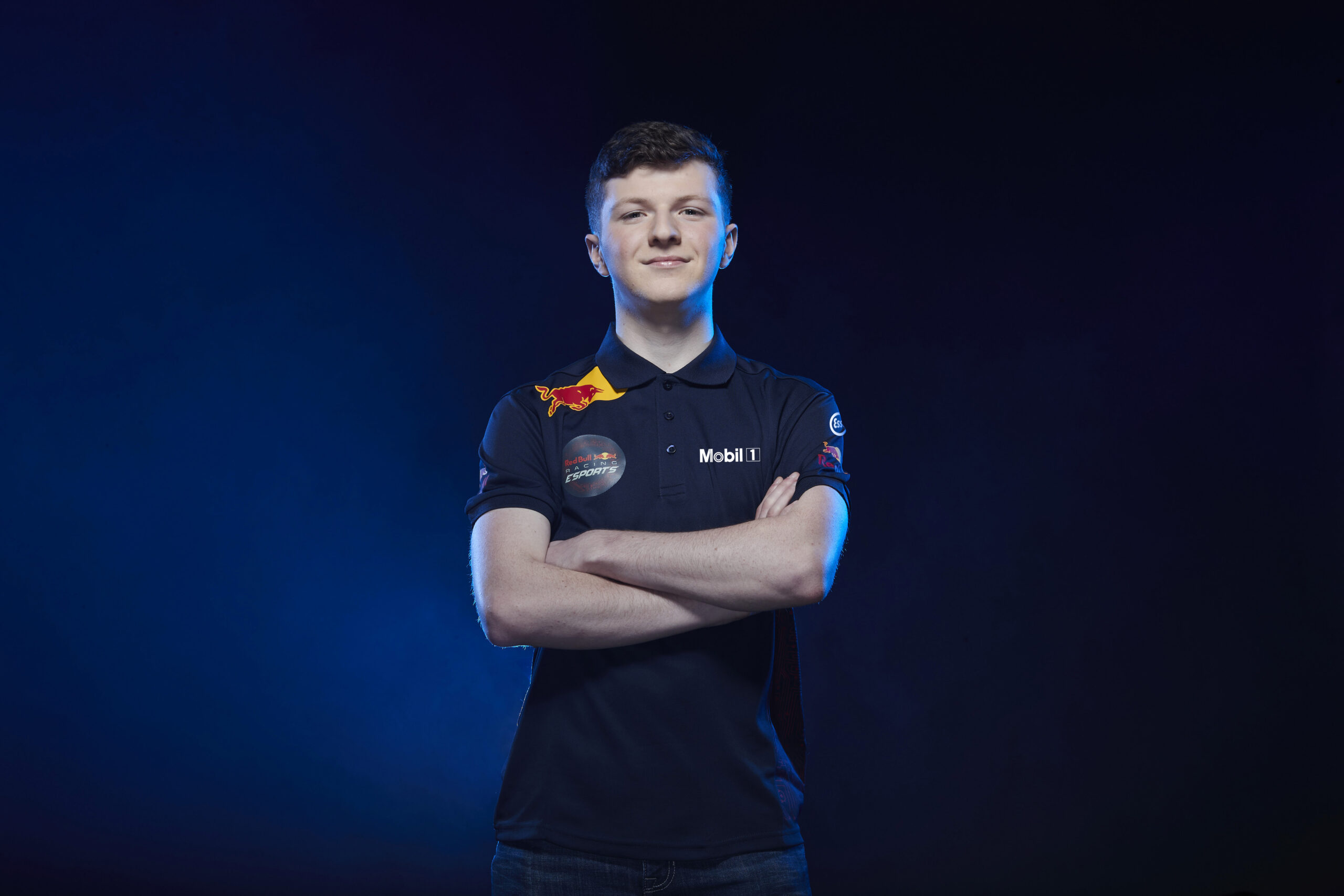 For the reigning champion, winning the 2020 world title was no mean feat for the 21-year-old – especially considering the PESC grid consists of what many consider to be the top stars in professional esports all in equal machinery.

Clinching the prestigious world championship – and with it a sizeable prize pay-out – you’d be forgiven for thinking there is now extra pressure on the driver. Other competitors in the series may a target on your back, plus there’s an expectation that you take another leap forward in your career. But, this esports victor reckons there’s actually less pressure on you when you turn pro.

“One aspect is that when you can do this full time, it takes a bit of pressure off in terms of actually competing. You practice even more when you’re professional, but previously you must rely on prize money to make any sort of inroads, whereas now it’s quite a big relief. It gives you a lot more confidence to compete when you’re not under that kind of pressure.

“I feel very lucky to be supported by Red Bull. Going to the Red Bull facilities is a cool environment to be in, and because we’ve been together for so long, I know everyone in the team.”

That’s all very well, but I wanted to know more about the practice regime of a world esports champion. You don’t just wake up one morning, win a world title and sign for the world’s leading energy drink – as much as that sounds appealing.

Sebastian’s story is one of prescience against the odds. You can watch the excellent Game To Glory documentary, or ‘origins story’, by Red Bull on YouTube. It takes dedication, effort and a lot of perseverance. Now that he’s reached the top of the premiere iRacing competition, does he still practice despite knowing the car and the platform inside out?

“If we have two weeks to practice [before the next event], by Wednesday or Thursday (PESC races tend to be on a weekend), I switch to qualifying practice. I always start with race runs in the days before that. I love doing stints. I think they are the most effective way to practice by far, the most efficient and best way to find small improvements.

“If we have only got one week to practice, then I’ll be doing qualifying runs by the Friday but focussing mainly on stints.”

The PESC format changed a little this year. As always there is a qualifying session followed by two races, but in 2021 there are 10 points up for grabs during qualifying alone and no reverse grid for race one.

“This year I’m prioritising qualifying a bit more because of the change in format. You want a good grid position, whereas last year I could aim for eighth in qualifying. There’s no need for that now.”

Aside from practice in the simulator, Sebastian also puts a lot of work into his fitness outside of his rig. This is something that ramped up an extra level when he became a Red Bull Esports athlete.

“I think it’s a huge aspect [of esports],” he continues, as he speaks to us from his simulator cockpit in a relaxed manner. “Last year I really worked on it. Mostly, it’s cardio, but there are aspects that are strength training for shoulders and legs because I personally like to run very high force feedback on my direct drive wheel. My shoulders really started to feel it, so we worked on that a bit.

“When I first went to the Red Bull Junior simulator for the first time, my arms and shoulders were destroyed afterwards, and I couldn’t press the brake pedal hard enough. It was pretty much emulating an F2 car, which is probably more physical than an F1 car – apart from the neck forces – because in F2 they don’t run power steering. I found out how tricky it is there. A bit of an eye-opener.

“So, I started to work on the fitness side of things and that has carried over the sim-racing. My mindset is that the more physically fit I am, then the less effort it takes, then the more brainpower I can take away from feeling any pain. If I’m going ‘oh, my shoulder hurts’ in the middle of a race, I’m not focussing on the next corner. The less you do that, the more mental resources you have to focus.”

So, it seems then physical fitness is important to be successful in esports – which thankfully jettisons some of the stigmas where people can think esports pros are laid back on the couch playing racing games all day. Don’t get me wrong, that’s great fun too, but physical fitness is one of the differentiators between casual gaming and professional esports. Another is focus.

“For me still, mental fatigue is by far the biggest thing with iRacing,” explains Job.

“It’s just so hard to drive on the limit. I’ll be sweating after a race, but I’ll be sweating just as much after a really good practice stint because every lap, every corner, has to be right on the limit. If you brake a tiny bit too early, you’ve lost a tenth and on iRacing that is so easy to do. It takes its toll, so you have to be in good [physical and mental] condition to cope with it.”

2020 was a bumper year for esports, thanks in part to the global pandemic that forced many motorsport events to be called off, but also at the same time, the ever-increasing availability of peripherals and simulation authenticity. What does an esports champion think has been the main area of progression from a realism perspective?

“The equipment available now is really impressive. The increased feel of realism in iRacing after updates to the service has been good, but there are still some things that aren’t perfect. When I got a direct drive steering system, suddenly it felt like the real thing and thankfully, they are becoming more and more common now. I remember a few years ago, a Leo Bodnar sim steering system was the same price as a Simucube 2 Ultimate nowadays. They have improved drastically and there are so many different companies making sim rigs now, that helps with availability.”

It’s true, the options are seemingly endless, and while you can go crazy and spend a load of money straight away, there’s also entry-level and mid-tier systems that exist to at least get you started first of all. But then, when it comes to the top echelons, there are now more realistic peripherals and the growth in esports will only see more competition in the market, helping innovation and reducing costs for all. This applies to the software used too, as iRacing, rFactor 2, Assetto Corsa Competizione and Automobilista 2 are continually evolving platforms.

“I would love to see rain properly and realistically added in. I never see people taking rain lines in sims. When I drove Formula Ford in real life, that was the most fun thing. It was just awesome. Particularly at Donington Park and Silverstone. You can gain half a second on someone just because you’ve gone around the outside and they are just sliding all over the place. An incredible feeling. You would really see some sim-drivers excelling big-time.”

Before I left Sebastian to cut some laps in a virtual Porsche, I felt it was important to hear his thoughts about the future of esports. What’s his vision for ten years down the line?

“I hope that the best drivers in motorsport are coming from esports. In my opinion, the best talent in the world will come from esports because you’ve got way more accessibility.

It’s hard to disagree with that. Or Sebastian’s skills behind the wheel. With a few rounds of the 2021 PESC season still to go, he still has a mathematical chance of a second title after two victories at Spa and recently wrapped up the inaugural Esports Carrera Cup GB title. There’s no doubt he has a very bright future ahead of him. But more than that, his astute insights into the world of esports show level-headedness and maturity beyond his years. Now, if only we could see him in a real race car soon. Please make it happen, Red Bull…