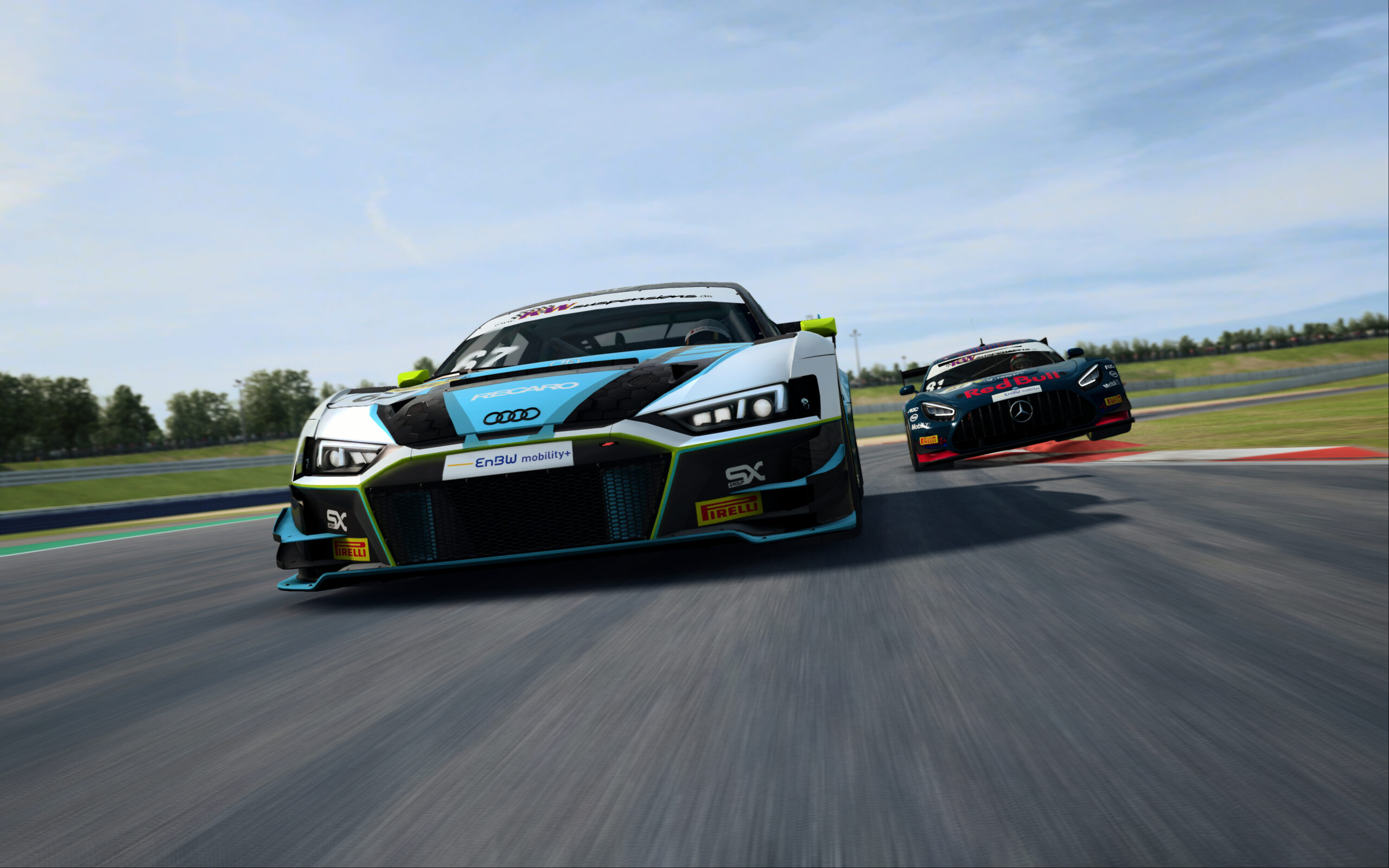 Using GT3 cars across a seven-round calendar, with each round consisting of two races, the line-up for this year’s series is the best yet, as elite esports professionals duke it out for the share of a €100,000 prize pool.

A real-life McLaren GT worth €234,000 is also up for grabs should anyone be skilled enough to win every race.

Moritz Löhner, now with Dörr Esports, won the title last year in a thrilling final round battle, and he returns to defend the crown for 2021 alongside runner up Néstor García for Red Bull Racing Esports and third-place finisher Williams Esports’ Jack Keithley.

The championship also includes a new-for-2021 GT4 support category held across seven 20-minute races. For each round, racers must qualify via RaceRoom and the entry is open to anyone. The leaderboard for the first race, held at Oschersleben is open now and the grid will feature Traxion.GG’s very own John Munro.

The winner of the GT4 championship will guarantee their place on the main GT3 grid for 2022.

There are also four spots for online qualifiers on the main GT3 grid at each round too, so you can test yourself against the strongest RaceRoom grid yet. Also, keep your eyes peeled for a special Traxion.GG themed livery.

The GT3 race format consists of a 15-minute qualifying session, a 20-minute Sprint Race and a 40-minute Feature Race that includes a top-10 reversed grid. The final round of the season is a ‘Double Header’ with two feature-length races alongside the Sprint Race.

Below are all the important details for the 2021 2021 ADAC GT Masters Esports Championship powered by EnBW mobility+. Be sure to watch on the Traxion.GG YouTube channel, live and exclusive, for every race this season and set a reminder for when each race starts.