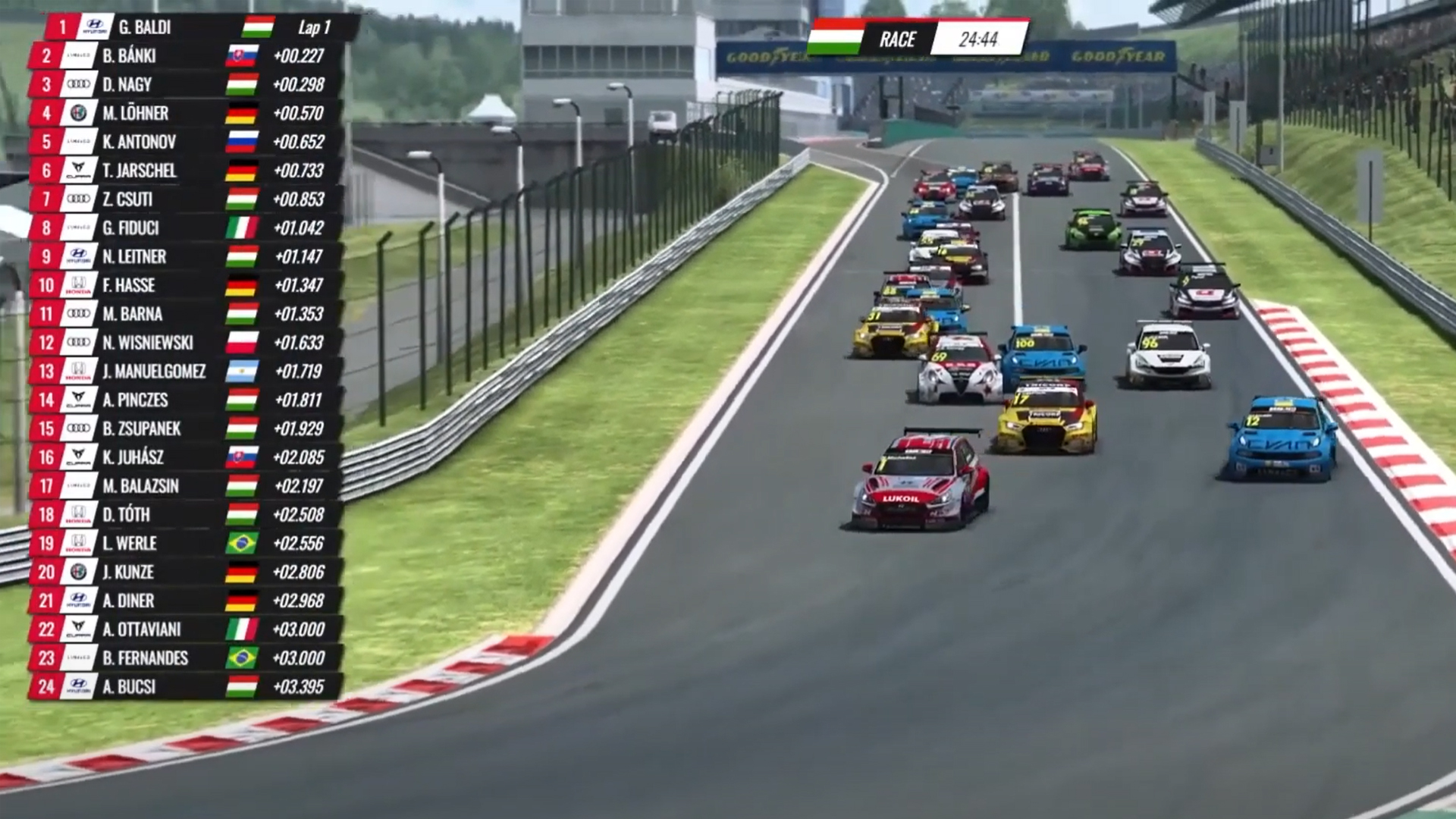 The Esports World Touring Cup (eWTCR) was in full force during a pandemic-stricken 2020 with three separate seasons run within the 12-month period. The first two saw real-life drivers taking to the track in an attempt to best their virtual counterparts. However, it was the third and final of these seasons which was always going to be the one both drivers and fans alike looked forward to the most; the official 2020 competition.

For those new to the series, the eWTCR originally began life as the eWTCC back in 2017. An officially sanctioned, virtual version of the World Touring Car Championship, it brought many of esports’ top drivers to the racing simulation game RaceRoom Racing Experience in order to compete.

After a hugely successful first season, the competition evolved into its current guise making the switch to TCR regulation vehicles (in line with the real-life championship). Since the beginning of 2018, there have been five seasons contested featuring two LAN events.

For the fifth season of the eWTCR, there was great effort from series organisers to further unify the virtual championship with its inspiration. For the first time, even going back to the eWTCC, there would be no reverse grid race.

Instead, there would be an individual qualifying session before each of the now three races contested within a round. Though heavily praised by those who could consider themselves to be frontrunners, it did garner some discontent from drivers who could steal the show by racing well and earning a reverse grid pole position for the second race in seasons gone by.

One of the aforementioned frontrunners, M1RA Esports’ Gergo Baldi, entered the season with plenty to shout about. Winner of the #BeatThePros season near the beginning of the year and the defending online champion, there was no doubt from pundits that he would be in the title conversation again. This in spite of his ever-present modesty.

The calendar, on first viewing, appeared short at only five rounds long. That said, now with three races to contest per round instead of two, it was roughly what we would expect of a world championship season. New venues Motorland Aragón and Circuit Zolder complimented returning favourites such as the Slovakiaring.

Opening at his home track of the Hungaroring, Baldi could not have had a better start to the 2020 campaign. Brutal domination saw him score all three pole positions and all three victories leaving rivals gasping in his wake. Both Bánki and Nagy were able to pick up a couple of podiums each but it was the Williams Esports duo of Nikodem Wisniewski and Moritz Löhner cleaning up the other two. Although this gave Baldi a huge championship lead coming out of Round 1, with twelve more races to go there was still plenty of points left on the table.

As Race 1 of the Slovakiaring came to an end, the picture looked just as bleak for the chasing pack with another pole position and win for the Hungarian. Mercifully for them, both streaks were broken by home hero Bánki who also went on to outscore the championship leader in Race 3. Florian Hasse would pick up his first and only win of the season.

Momentum was building for Bánki and it appeared he had gained a mental edge over his title rivals entering Aragón. Nagy struggled greatly for race pace over the entire event whilst Baldi was beaten to a win not once, but twice, on the final lap of Races 1 and 2 by his long-time Slovakian nemesis.

The tide would swiftly turn for Race 3.

Involved in a massive incident initiated by a hapless Leandro Werle, the ex-champion was removed from the lead fight irreversibly. Though bravely recovering to 6th, he found himself over eleven seconds down the road to the man he had duped consecutive times. A gap which had been whittled down to five points was now once again 20.

The Nürburgring-Nordschleife would be where Nagy’s championship charge came to an end. Despite just stealing victory in Race 1, a 5th place in Race 2 and a huge crash in Race 3 would see even a miracle comeback in Zolder ruled out as impossible thanks to Baldi’s superior win count. Car choice really proved pivotal at this round as Bánki fell further away in his Lynk & Co. The Hyundai suited the hills and curves much better, jetting the favourite for the title to the top step of the podium two further times.

Where others may have cracked, the champion-elect drove a beautifully calm race behind eventual first-time winner Gianmarco Fiduci producing one of the post-race moments of the season. Fiduci in tears of happiness, Baldi beaming at his achievement.

Undeniably, Baldi will forever be one of the eWTCR greats. With 10 times as many poles and over double the number of wins as anyone else, his only hope will be that the peak of his powers will last for more than one season.