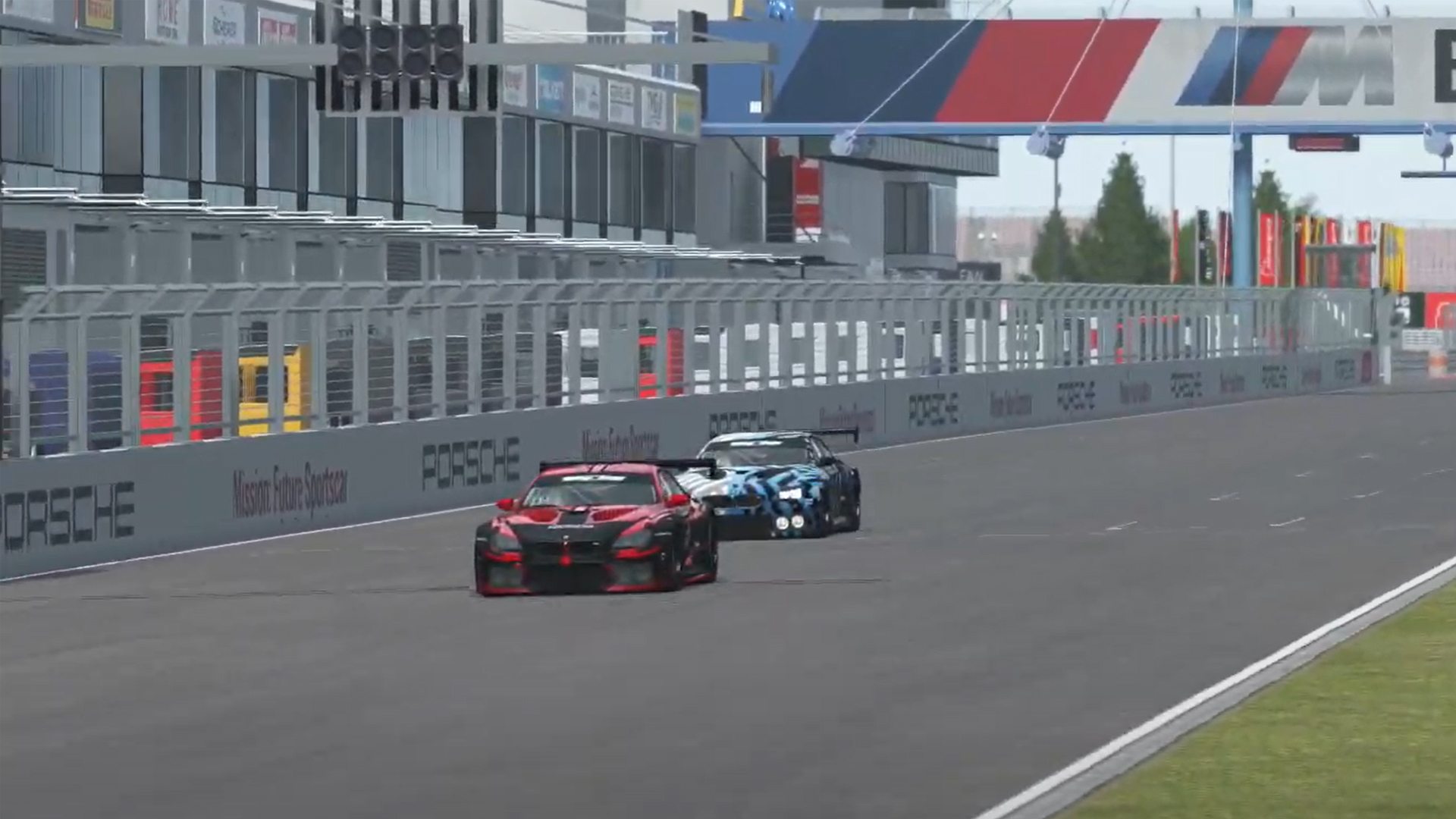 Jernej Simoncic sat atop a kingdom of chaos. As the rFactor 2 GT Pro Series powered by Traxion.gg headed into the fourth round, located at the Nürburgring, it seemed more likely than not that the Slovenian would give way to a new Drivers’ Championship front runner. This isn’t to say we expected Jernej to perform badly per se, but rather that six different race winners from six races insinuated a probability for the unpredictable.

Adding fire to the flames was the mid-season alleviation of ballast for those who carried it. Every car with added weight would see its loads halved. For example, Simoncic would now carry 10kg in his Audi as opposed to the 20kg he signed up for during the Draft.

Big news preceded Monday night’s action as Red Bull Racing Esports inducted Dennis Jordan, Alex Siebel and Yuri Kasdorp into their illustrious ranks, while Zansho made a move for Ferris Stanley. The prying question would be if the new looks brought good fortune?

Signs pointed to a healthy ‘yes’ as Jordan would pick up his first pole position of the season. Siebel found similar joy with a lap time good enough for seventh, two tenths off his compatriot. To illustrate how every point matters at this stage of the competition, both drivers found themselves less than 20 points off the top of the Drivers’ table. One good burst of form could see either march up the table.

Of course, Simoncic would have something to say about this and the championship leader made a convincing argument, putting his Audi on the front row alongside his now ex-stablemate. Silverstone pole sitter and Sprint Race winner, Nikodem Wisniewski, would also be pleased to continue his upward trajectory with a second consecutive top-five appearance in Qualifying.

Hoyer, Pinto, Brzezinski and Andonovski helped fill out a strong top eight with a return for Luca D’Amelio and Alen Terzic inside the top ten. It was an absolute disaster for Jan von der Heyde however as the driver with the second most points would be starting the Sprint Race down in P28.

Rather under the radar in Qualifying, Stanley would make progress off the start, moving up into the top ten past both Terzic and D’Amelio as the head of the field maintained a status quo. Jordan bolted with the two Bursts and Pinto battling behind opening up a 2-second gap by the end of Lap 1.

Despite plenty of strong overtaking opportunities around the Grand Prix circuit, the top fifteen remained frustratingly static due to the strong pace across the board. Finally, with less than three minutes left to go, Wisniewski got bored staring at the rear of Pinto’s Bentley and attempted to pass around the outside of Turn 13. Unlucky for him, the move failed, and Brzezinski nicked fifth.

This proved to be the catalyst for a shakeup, with Andonovski pouncing on a misstepping Siebel into the Yokohama-S the following lap. Pinto’s pace was beginning to slouch as well and the Portuguese driver was mugged heading onto the final lap, dropping from 4th to 8th by Turn 2. Andonovski meanwhile was travelling the other way passing three on his way to fifth.

All was looking rosy for the North Macedonian before a lapse of concentration at Turn 6 saw him dip a wheel into the gravel trap and, in the process, thrown into the sharks’ cage that was the midfield scrap for 10th. Kevin Siggy had endured a miserable season so far and knew his time had come, seizing the chance to claim 11th with half the lap left to go. He didn’t even need to challenge Terzic in the end however as Pinto tragically ran out of fuel handing the Austro-Slovenian reverse grid pole.

The helter skelter final lap was entirely missed by a dominant Jordan who took victory on debut for his new team.

More drama developed before the Main Race had even begun as Simoncic suffered a technical issue and would not take part, blowing the already battered doors wide open to claim the lead of the championship.

Siggy had no mathematical chance today but led well with experience into the first corner. Not everyone would make it through unscathed, sadly, as contact for Brzezinski put the BMW Team GB driver well back; Arne Schoonvliet, Petar Brljak and then Wisniewski were further casualties.

It was a hellish start for many, but Siggy and Terzic had broken away at the front. Peyo Peev made hay while the sun shone, ending up an impressive 8th. Joonas Raivio and Ibraheem Khan also found themselves inside the top-10 and both managed to pass the Bulgarian.

Behind, it was all kicking off.

Take it from me, you want to watch this Main Race back for the midfield apocalypse alone. It’s half an hour of madness.

The front of the pack was relatively pedestrian in comparison, yet third-placed D’Amelio was in inspired form fending off Stanley for 40 minutes straight. It can not be exaggerated just how impressive this drive was and his return to the podium for the first time since Imola was truly earned.

All credit to Kevin Siggy, who kept Terzic at arm’s length to take his first win of the season and a huge step towards avoiding the relegation race off. The lighter weight couldn’t have been put to better use.

As drop scores could still have a large swing on the final outcome of this season, it’s worth considering that the rFactor 2 GT Pro Series powered by Traxion.gg remains as open as ever. Dennis Jordan may lead now, but one small moment could see that slip through his fingers.

Remember that you can catch every event LIVE on the Traxion.gg YouTube channel and Facebook page. Sebring takes point for a USA doubleheader on 3rd May as Season 3 enters its final two rounds.