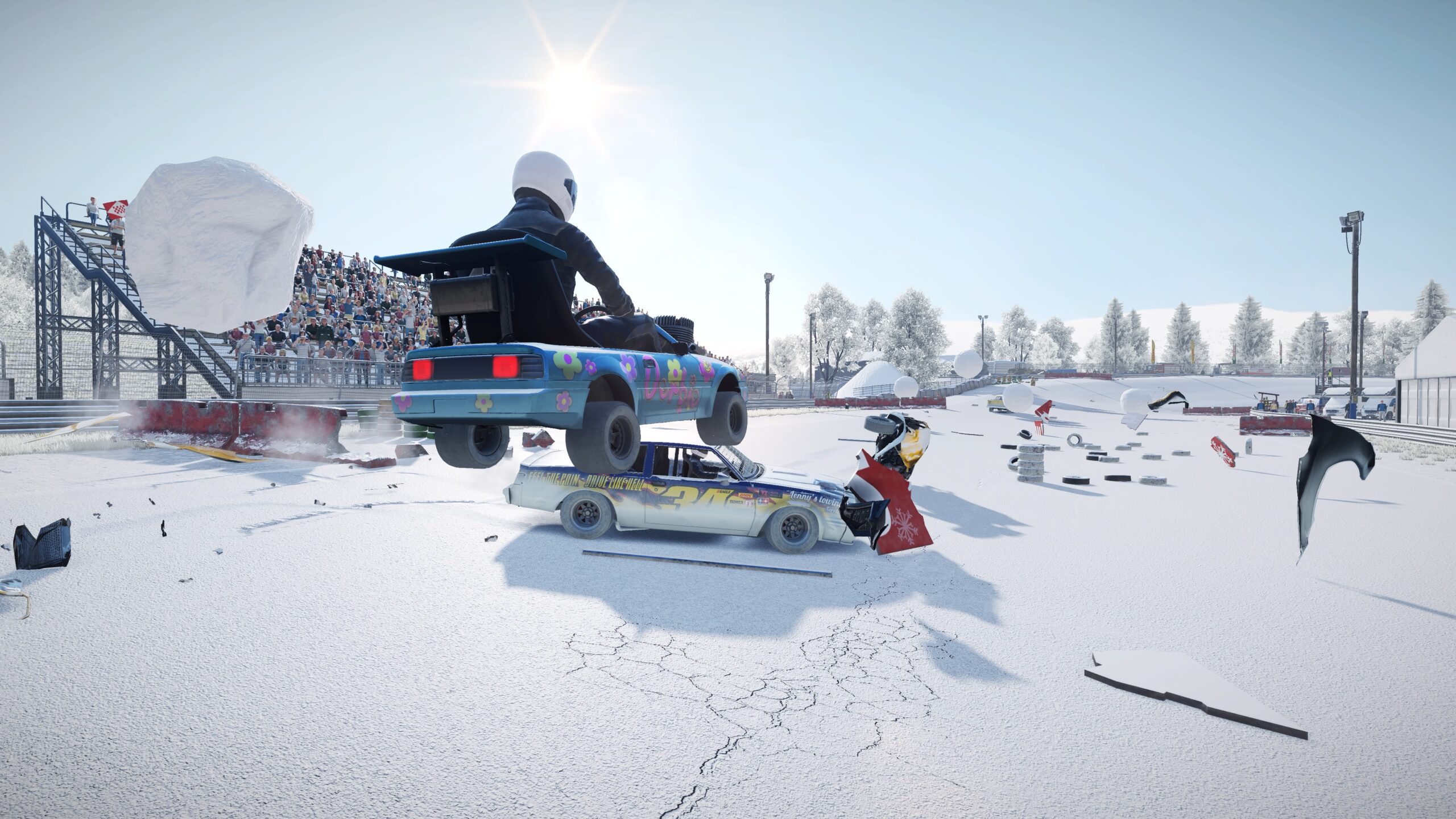 It’s wintertime again within Wreckfest, and that means the return of snow, a ride-on children’s car and giant vehicle-breaking snowballs.

The Tournament mode for the game is regularly updated, and this Winter Fest addition will run from today, 4th January 2022, through February.

The toy car and snow setup will be familiar to anyone who played the unique racing game last year, with the same setup in use then too. In the Weekly Event section, there will be winter-themed demolition races, demolition derbies and time attacks to book your Fame score.

In the Tournament Store, there will also be a new bundle of Killerbee paint jobs, harking back to the game’s Early Acces phases of development. This is priced at 20,000 Fame.

Alongside the new challenges, there is a smattering of small bug fixes too, detailed below.

Wreckfest was recently included in our Best Games of 2021 ranking thanks to new versions for PS5 and Xbox Series X|S, is set to arrive on Nintendo Switch and recently made it to Google Stadia. We’re looking forward to seeing what 2022 brings for the title, and we’ll keep you informed of any further additions.