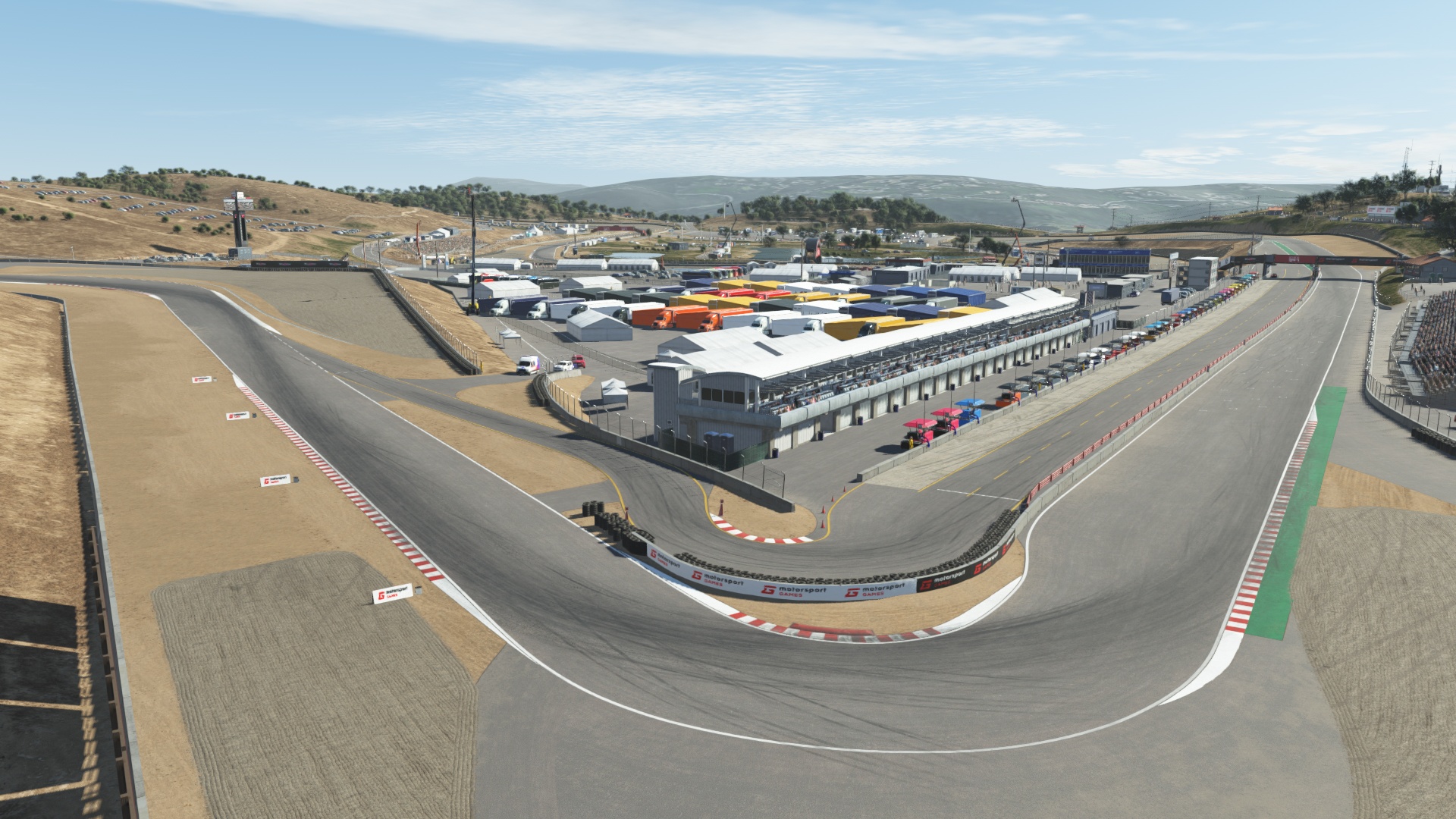 Adding to the recent announcements from Studio 397, it was announced that Laguna Seca will also join rFactor 2 in the upcoming Q2 Content Drop.

Last week saw a flood of announcements regarding the content drop expected this month for rFactor 2. Adding on to it all, Studio 397 will also have a laser scanned version of a track that is well known in many other racing simulators, that being Monterey, California’s own Laguna Seca.

Laguna Seca will join a list of content that is expected to be released soon. The Q2 Content Drop will already include laser-scanned editions of both Donington Park and Brands Hatch, as well as a pair of officially licensed British Touring Car Championship vehicles in the Toyota Corolla GR and Infinity Q50 from the 2021 BTCC season.

This particular venue opened for racing in 1957 and the most current iteration of it was reconfigured in 1996, currently graded as an FIA Grade 2 circuit. The current layout features 11 corners and measures 1.238-miles, or 3.602-kilometers in length.

While it famously features the Andretti Hairpin at Turn 2, the more famous corner at this track has to be at Turns 8 and 8a, otherwise known as the Corkscrew. The Corkscrew is regarded as one of the most challenging corners in all of motorsports.

Racers will come up a hill to greet the corner, nearly blind as the left-hander starts at the top. From there, the elevation quickly descends as a quick right hander sets them up towards the remainder of the track.

Laguna Seca has hosted a number of different racing series over the years. My first experience of the track came from the days of CART in the late 1990s and early 2000s. One of my favorite racing games, Sony’s CART World Series, featured the track when it was released in 1997.

IndyCar has since added and removed the venue from its schedule, with it back on as the championship race once again in 2022. Other racing series that still compete at the track include the World Superbike Championship and the IMSA Sports Car Championship.

Just over the weekend, the #10 Wayne Taylor Racing duo of Ricky Taylor and Filipe Albuquerque won the IMSA DPi class at the track, while the Tower Motorsport #8 won the LMP2 class, the Pfaff Motorsports #9 won the GTD Pro class, and the Wright Motorsports #16 won the GTD class.

If you’ve been on iRacing, Automobilista 2, RaceRoom Racing Experience, Assetto Corsa or Assetto Corsa Competizione, you probably know this circuit pretty well. Specifically on iRacing, members will get this track as one of the included ones with basic membership and is used in plenty of rookie series.

The official date for the Q2 Content Drop is still not known, just that it will be coming at some point this month.

Images thanks to Studio 397