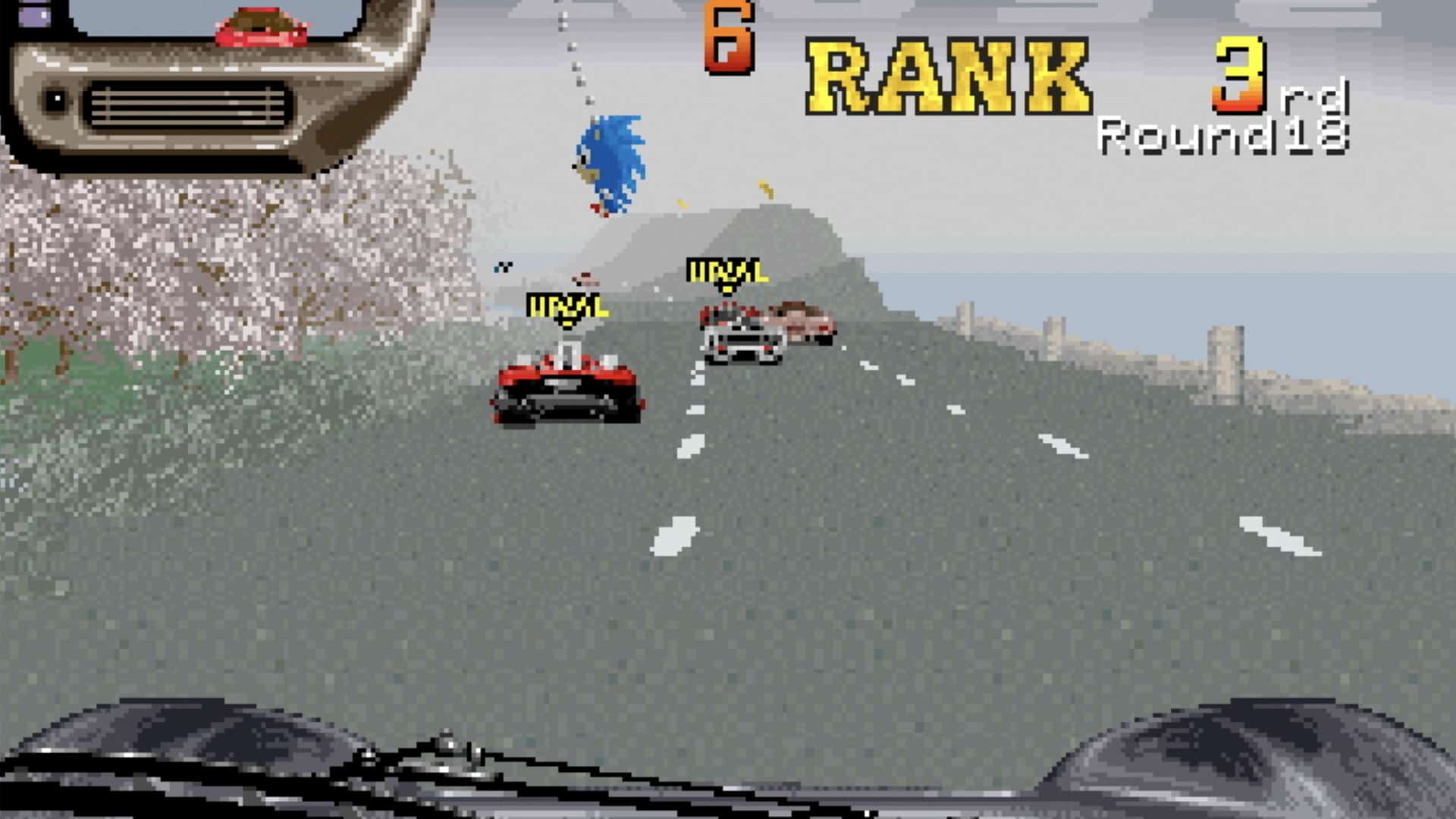 Imagine being a Beatles fan and knowing you’d never listened to Polythene Pam. People have told you it’s not their best song – and they’re almost certainly right – but, as far as you’re concerned, it’s a main album song from your favourite band in their prime and therefore at some point in your life you definitely want to hear it. Well, that’s me and Rad Mobile.

The game’s development is surprisingly unclear, but it appears it was developed by Sega AM3 of Sega Rally fame, rather than Yu Suzuki and his AM2. But even more bizarrely, it’s only received one home conversion, which was a rather botched 1995 Japan-only Saturn port that had some pretty obvious technical issues.

But the opportunity has arisen to play it at home in arcade-perfect style thanks to the new Sega Astro City Mini.

This is a micro-arcade offering in a similar vein to the Neo Geo Mini. You get one joystick with six buttons built-in, with the option for up to two control pads to attach via USB. It also comes packed with 37 classic Sega arcade titles, including Virtua Fighter (the flat-shaded original), Space Harrier and Flicky. Honestly, Flicky’s great. But you only get one racing game, and Rad Mobile is that game.

It’s noteworthy for being Sega’s first 32-bit arcade game and takes the sprite-scaling shenanigans of OutRun and Power Drift before it, upping the ante with weather effects, pseudo-lighting, and more rollercoaster racetracks. It also introduced the world to one Sonic the Hedgehog, who can be seen dangling from the rearview mirror on a chain. Cute, but sadly that’s become most people’s memory of Rad Mobile, rather than how well it plays. So let’s play it.

They say delayed gratification is a sign of maturity, so I waited a little longer before loading it up, having some moderate fun with the other games. And, to be perfectly frank, I wasn’t particular enthused by that point. The games mostly look very old and it’s a lot of money for only some eight games that I’ll likely play again.

But then Rad Mobile’s intro appeared on the screen, and everything changed.

The atmosphere in the room changed. The expression on my face changed. It may have been 1990 when this game came out, but the game design and aesthetic is pure 1980s. The driver of the eponymous Mobile of Rad would surely be played by David Hasselhof if it was a TV show. The sprites are pixelly but huge, and the sensation of locomotion is wonderful. It doesn’t even need the ‘wow’ soundbite when you jump over the ridge, I was already saying it.

How I’ve missed this kind of game design. The three-minute blast of noise, spectacle and challenge are unforgettable. The strict countdown timer gives you that sense of trying to keep the fun alive by meeting the next checkpoint that made arcades so magical in the ’80s, and touching another car loses you one second of precious game time. The car even coasts to a standstill when the timer hits zero, giving you the possibility of rolling over the checkpoint when it should be Game Over. It’s brilliant design and completely absent from modern games.

Best bits? The ride along the mountainside where you can literally fall off the mountain. Splashing through water at Salt Lake City and sliding around the medium-difficulty corners in the Las Vegas stage. Seeing a rival start fishtailing before spinning out in a flurry of smoke. The moment you discover there are actually alternative routes, OutRun style.

And the little touches like the way the driver puts on his fingerless gloves when he gets into the car. Admittedly, the cop attacking your car (and you!) when you’re busted is a bit alarming, but again it’s very ’80s. It’s not as beautiful as OutRun, nor as fast as Power Drift, but the quality is undeniably similar to both titles. And anything in the same ballpark is exciting as far as I’m concerned.

The temptation, of course, is to keep putting virtual credits into the virtual slot to keep playing through the game, making your way from West to East across the US of A. But I’ve stopped doing that, instead relying on skill and learning the courses in order to make that tight time limit go up instead of down.

The collision detection is pretty forgiving (bordering on imprecise), and while the arcade original would have had analogue steering, playing it with a pad or the micro-switched stick doesn’t feel so bad, even if the response time isn’t the fastest, likely due to whatever emulator the Astro City Mini is running. The output is at least nice and sharp – impressively so for a 720p signal, and I’ll never get tired of smoothly scaled, low-resolution pixel art. It’s gorgeous.

The unit originally came out in Japan and was quite expensive to import, especially if you wanted one of the bespoke, Astro City-branded controllers (which, like the main unit itself, have an amazing error, boasting ‘stereo-of-the-art sound’), which were some £50 each to import. But you can now get the unit with two controllers for £189.99 from Funstock, or as a standalone, 1P-only unit for £129.99.

Is it worth over £100 just to play this? Well, if you spend hours and too much money searching for that moment of pure joy that old arcade gaming used to get you, then yes. I’d go so far as to say Rad Mobile could be the only game on the Astro City Mini and I’d still love it. It could do with a wheel of course. But show me a game that couldn’t. Now if only someone would bring Daytona USA 2: Battle on the Edge and Scud Race home, I’ll be properly sorted out.