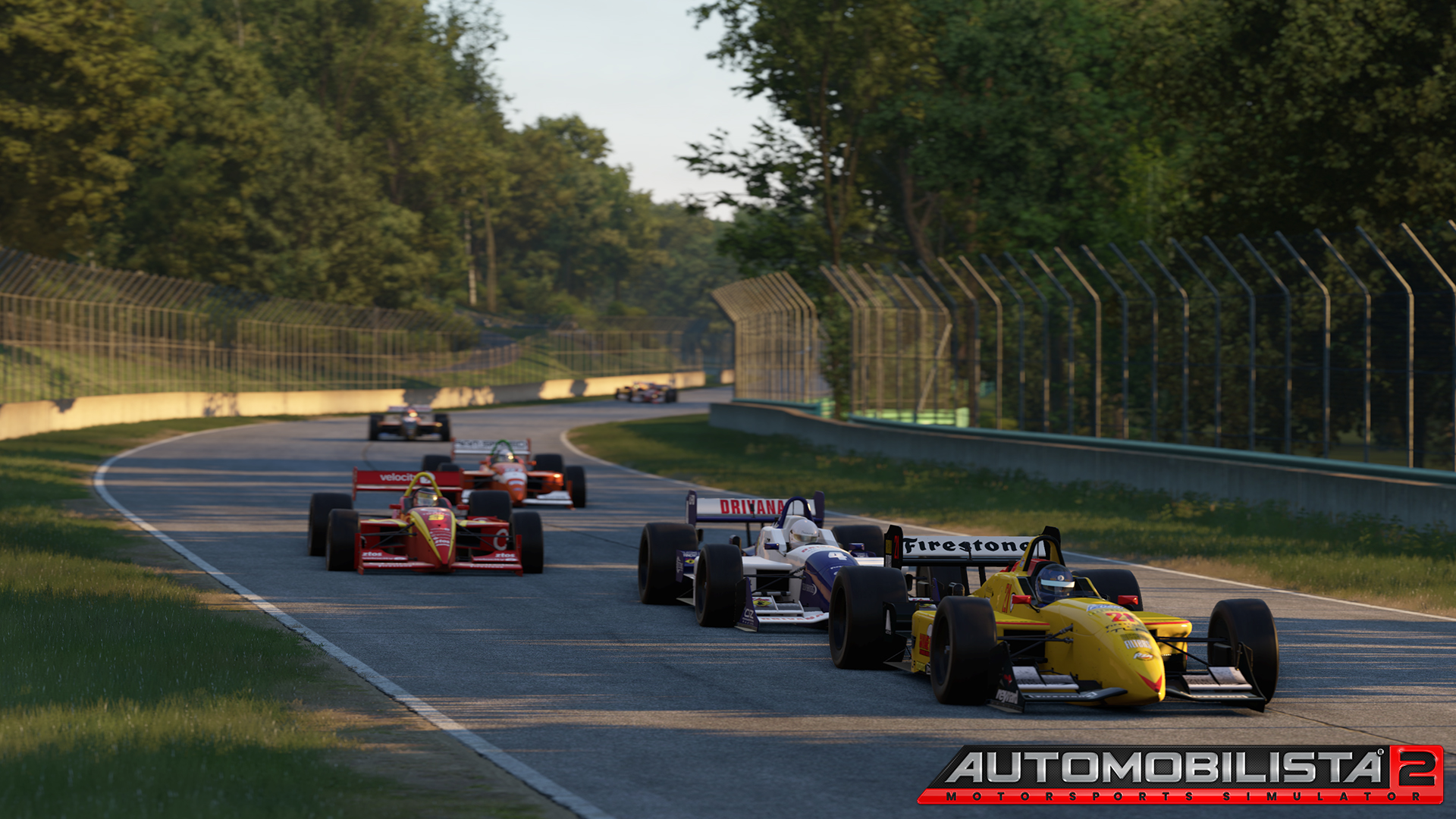 To kick off the first day of the new month, Reiza Studios announced on Tuesday the release of their latest patch for Automobilista 2. The V1.3.3.0 patch is headlined by new content in the form of Road America and the F-USA Gen 3 class of cars, both a part of the Racin’ USA pt2 DLC, as well as a McLaren MP4-1C and two other F-Retro Gen 3 class cars. On top of that, GTS versions of the VW Polo and VW Virtus, part of the TSI Cup class, have also been added.

Road America is the latest venue on the service. It’s a 14-corner circuit that measures in at 4.048-miles (6.515-kilometers) in length. It hosts a number of American racing series, such as NASCAR, IMSA, IndyCar and more. Road America is to be joined by the Reynard 2Ki and the Lola B2K/00, two open wheel cars from the early 2000s that were prominently found in CART or Champ Car racing.

As far as free content, the McLaren MP4-1C was a staple of the 1983 Formula 1 grid with Niki Lauda and John Watson behind the wheels. This open wheel beauty will be joined by two other chassis, the F-Retro Gen3 Turbo and the F-Retro Gen3 DFY Aspirated, in the new F-Retro Gen3 class.

Also, the existing TSI Cup class will get the additions of the VW Polo GTS and the VW Virtus GTS, two cars that were expected from the Volkswagen TSI Cup by Acelerados project back in November.

It was also announced that the cockpit camera physics would be getting a huge update in this patch. The Reiza forum stated the following regarding the cockpit update:

All in all, it’s a fairly hefty update for Automobilista 2, the first big one for 2022 as well. Check out the full patch notes below and let us know your thoughts on it in the comments below. I’m off to give the new Champ Cars a spin!