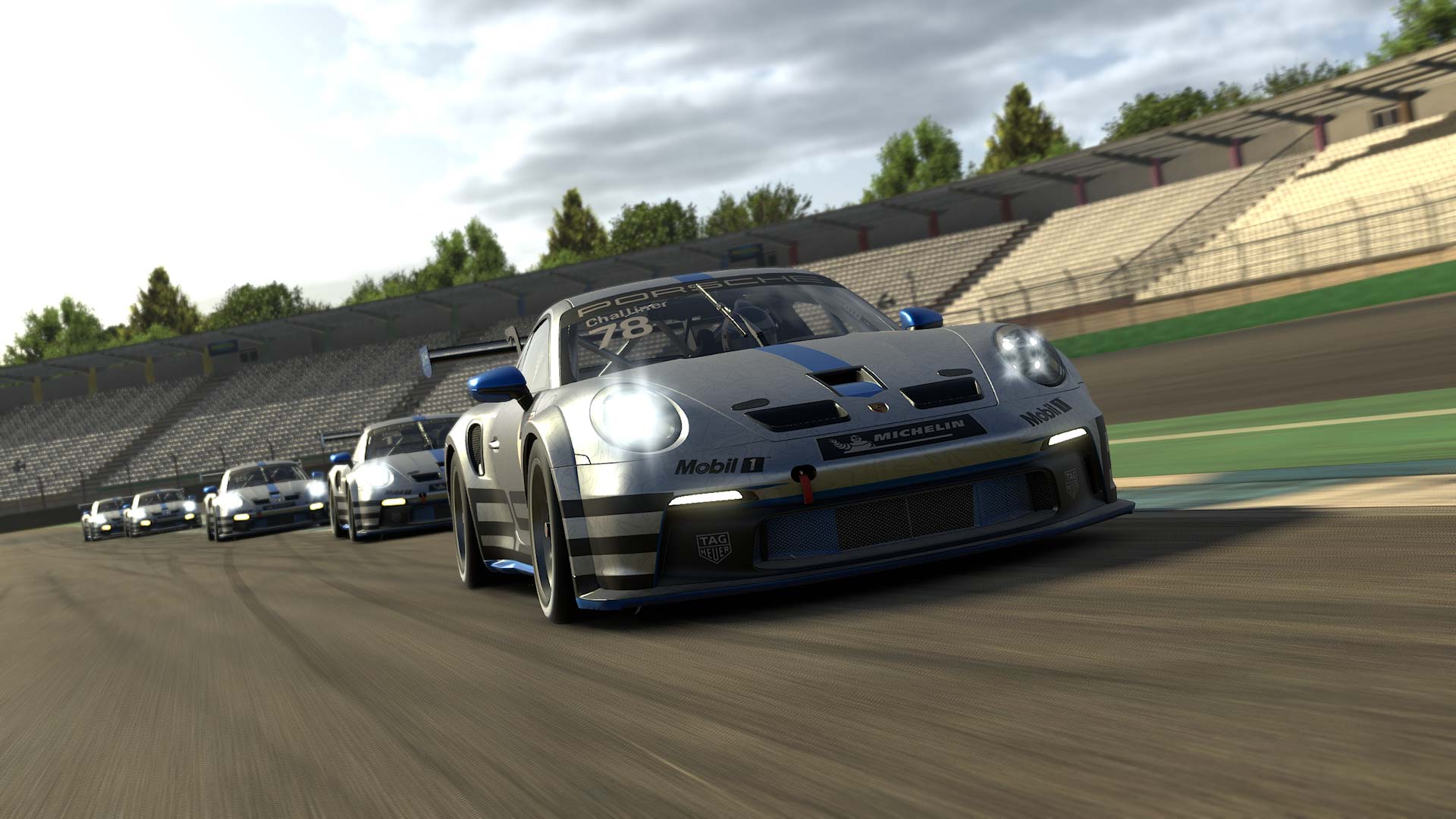 Another new Porsche is coming to the iRacing service, just in time for 2021’s Season 4 build. The Porsche 911 GT3 Cup (992) is slated for a September release, just around the time the calendar closes on Season 3.

The Cup 991 version of that car already exists in the sim, but this Cup 992 version is the latest from Porsche that debuted in the 2021 Porsche Supercup season.

This version has 510 HP, a 4.0L flat-six engine, a new aluminum-based chassis design, a double wishbone front suspension, an electronic shift system that’s brand-new, and enhanced safety features. What a fantastic piece of art, iRacing really knows how to win me over with a beautiful livery and spec mip.

“Our lineup of Porsche vehicles has always proven quite popular across special events, public series, and hosted races, and we expect the updated 911 GT3 Cup car to be similarly well-received among iRacers around the world,” said Steve Myers, Executive Vice President at iRacing.

The vast lineup of Porsche racecars already includes the aforementioned 911 GT3 Cup (991), the 718 Cayman GT4 Clubsport MR, the 911 RSR, the 919, and their previous new model that dropped in Season 3, the 911 GT3 R. Porsche iRacing world domination, anybody?

The first time we’ll be able to see these beautiful virtual machines will be on 4th September. iRacing and Porsche will be hosting a preview event at Hockenheim with unnamed content creators at 2:00 p.m. ET / 7:00 p.m. BST on that day. I’ve got my fingers crossed that Dave Cam gets invited again!