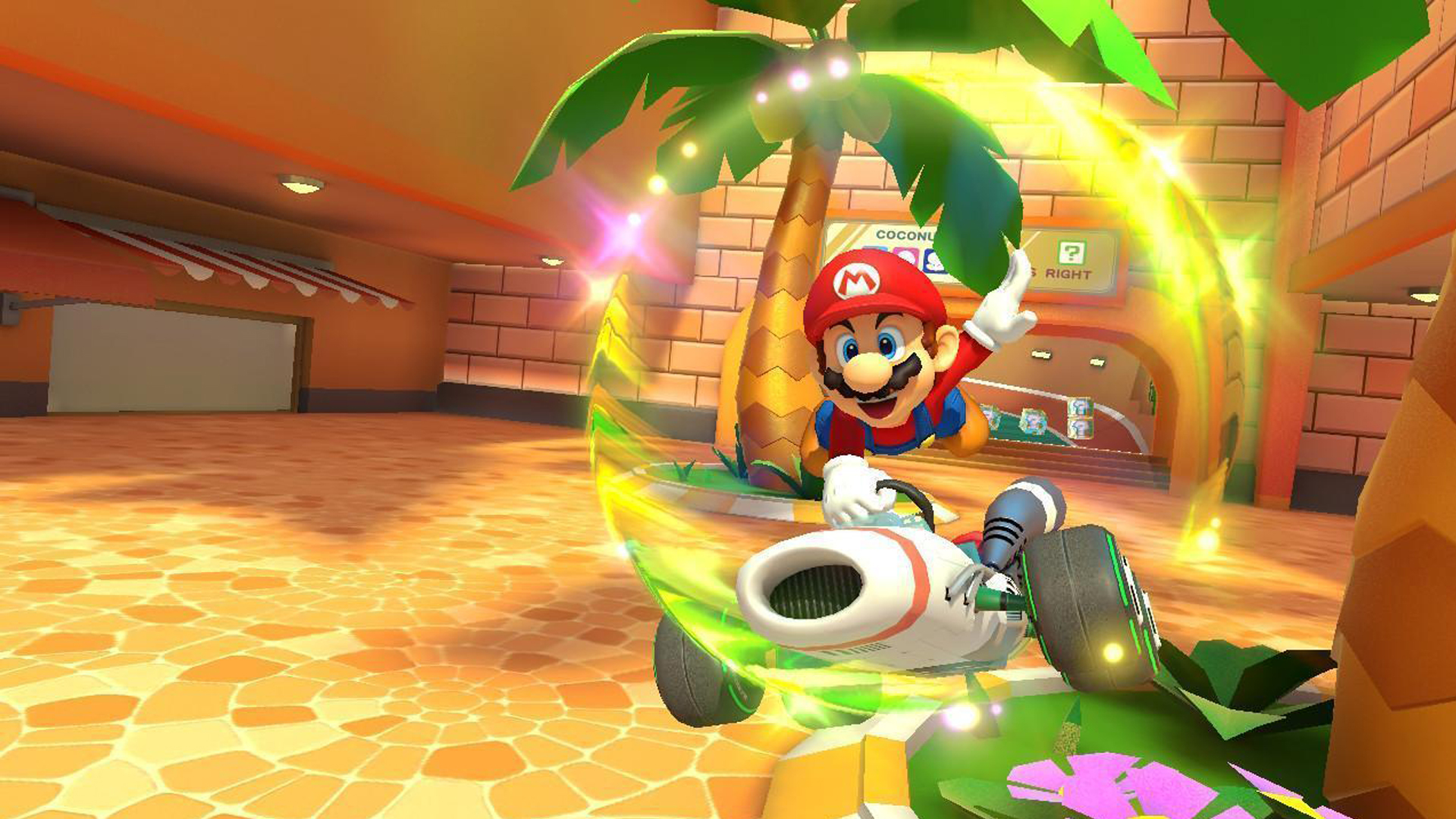 The Golden Dash and Lucky Cat Cups now add a further eight tracks to Mario Kart 8 Deluxe’s roster, and they are good fun despite the visual disparity.

Five years after the release of Mario Kart 8 Deluxe on the Nintendo Switch, the folks over at Nintendo EAD have finally delivered Mario Kart fans more content to play with thanks to the Booster Course Pass.

Announced back in February, 48 new tracks are coming to the Switch’s seminal racer, releasing in six waves between today (18th March 2022) and December 2023. The first batch has just landed, and we’re now eight tracks richer.

This initial set features the likes of the legendary Coconut Mall from Mario Kart Wii, the iconic Choco Mountain from Mario Kart 64 – a game also available on Switch thanks to the Nintendo Switch Online + Expansion Pack – and a plethora of tracks from the mobile game Mario Kart Tour.

Irrelevant of whether you’re a seasoned veteran of tracks past, or new to these circuits entirely, you’re going to have a swell time. Here are the new tracks in full:

Compared to the existing Retro cups in Mario Kart 8 Deluxe, these new tracks haven’t been given the same lick of paint as their already-existing brethren. Assumedly, the Tour tracks would be the easiest to port over to the Switch. Spruce up the lighting engine, perhaps replace a few textures and call it a day.

Fans were vocal about how these new tracks didn’t initially appear to match the quality of those already in MK8DX, and upon playing them they were right.

It’s not egregious by any standpoint, but it definitely does feel like the bar set by the mobile ports is the one the team would stick to when recreating tracks from previous games.

The scenery appears more blocky, textures on the track décor aren’t as high-resolution as you would expect and it all feels like there could have been just one more level of detail across these new additions.

Also, the trophies shown for completing the Grand Prix mode on these Cups are the same model with a different badge. Nothing game-breaking on either of these points, but it does show that it’s not being given the full attention fans were, I guess, expecting. Nintendo EAD is a busy lot after all!

These eight new tracks are still fun to drive around, with the Tour tracks surprising me the most. While there are points where the track is much wider than you’d be used to, the changing routes and reverse lap on Paris Promenade were a nice surprise.

Bombing round Coconut Mall brings back fond memories, and seeing another GBA circuit brought to the flagship system is always a great decision.

If you were unsure about picking up the Booster Course Pass for Mario Kart 8 Deluxe because of the graphical drop, it’s really not that jarring of an experience.

It definitely could be better, but you’re still going to double the content in the game by the end of next year for only £22.49 (€24.99/$24.99) – or no additional cost if you already own the Switch Online Expansion Pass.

Plus, as of 22nd March, these new tracks will appear in the ‘Random’ selection when playing Global or Regional races online for you to try out.

It’s fantastic to be getting more content for Mario Kart 8 Deluxe eventually, even if it is probably a few years too late…