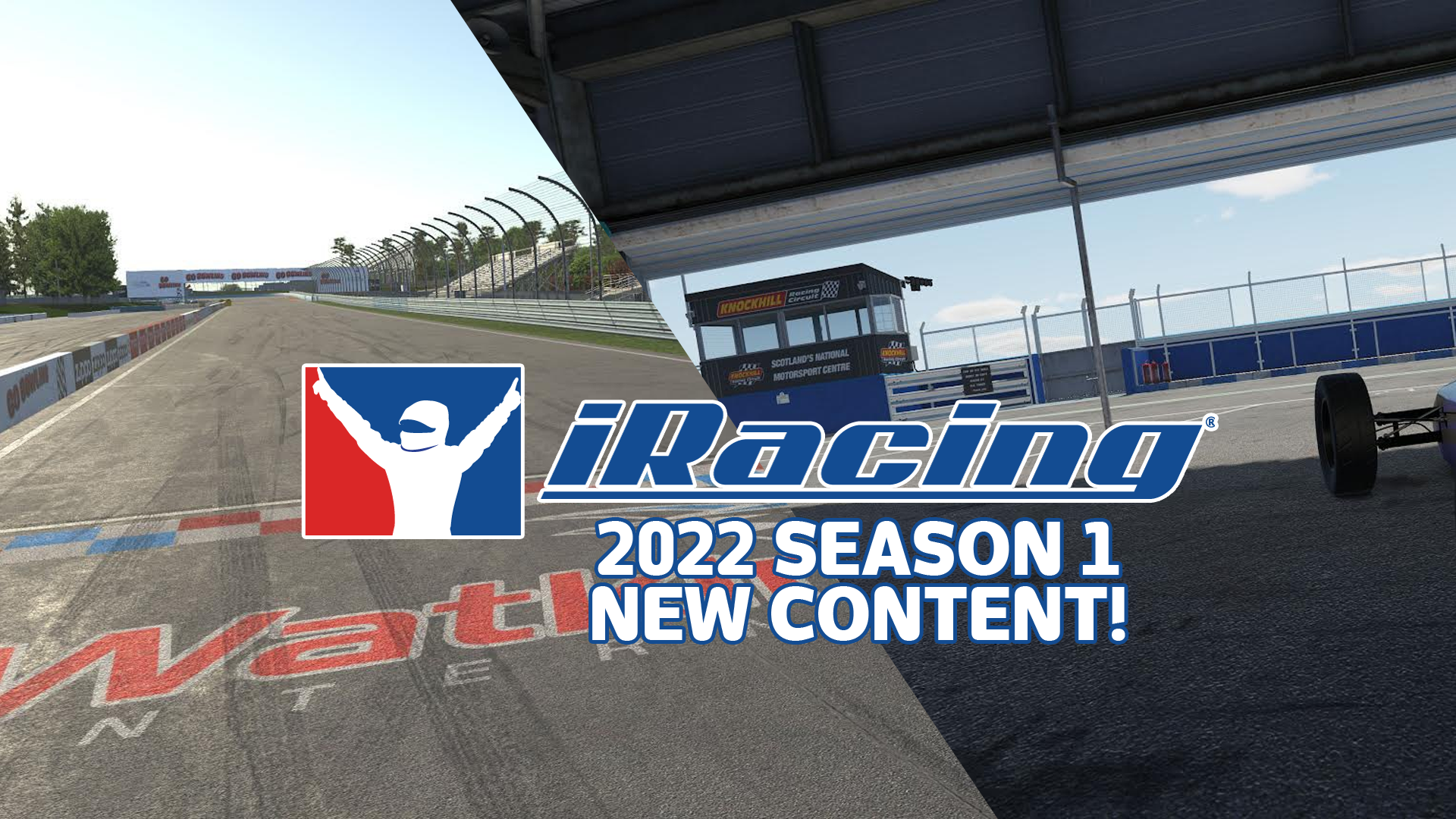 It’s officially iRacing 2021 Season 4 Week 12, which means we have a new build coming fairly soon. With the new build, we’ll get new features, new fixes, new updates, and a whole load of other new stuff. Content is usually a big tie in with the builds, and 2022 Season 1 already has two confirmed pieces.

Knockhill Racing Circuit, a new venue to the iRacing service, and an updated Watkins Glen Int’l are both slated for release in the next week or two. While other pieces of teased content on the table for this build, like the Mercedes-AMG Petronas F1, Brazilian Stock Cars, NASCAR 1987 Buick LeSabre, LA Coliseum track, repaved Atlanta Motor Speedway, an updated Indianapolis Motor Speedway and of course, RAIN, only the two tracks are confirmed with less than two weeks until the new season.

Watkins Glen will be a welcomed sight for me, personally. The current version of the track is one of the oldest in the entirety of the iRacing service. Since it was last reworked, Watkins Glen has shed some sand pits, grassy areas and reworked some corners.

The Upstate New York venue, my home track, will likely see some of the visual improvements of late. Phoenix Raceway is one of the best looking racetracks I’ve ever seen. I’m excited to see how The Glen turns out.

From the few images we’ve gotten, we can see that the Sprint bridge is finally gone. It’s been replaced with Go Bowling and Monster Energy logos. The start/finish line has been moved into its proper place and the line itself has been updated with the current day logo.

The coloring on the track looks less yellow than the soon-to-be legacy track. The foliage in the background seems to be accurate to what is currently there. We’ve only got two shots from the previews, both depicting the frontstretch. Hopefully we’ll get to see more if a hype video is released.

A Watkins Glen re-scan first came into light during the NASCARcade documentary on FOX Sports. On the program, while speaking with iRacing Executive CEO Dave Kaemmer, a seemingly newer scan of the track was flashed on the screen for a moment.

It was confirmed to be happening during a charity event in which iRacing Executive Vice-President Steve Myers was participating and answering questions, and now we finally know it’s happening in the coming weeks.

This Scottish venue isn’t as familiar to me, but thankfully both Tom and Ross know enough to help me describe this upcoming circuit. Now, before I say anything, all that iRacing has officially stated is that the track is coming in the December build, per the iRacing forums and staff member Doug Hunt Jr. The teaser images display the pit and garage area, including a Formula Vee parked inside one of the garages.

This track offers multiple layouts to race on. The standard circuit which encompasses the perimeter of the area is 1.27-miles or 2.039-kilometers in length, dubbed the International Circuit. The National Circuit is only one mile long and cuts out a triangle-shaped section. The Tri-oval cutout can also be used as a race track that measures up to be 0.3-miles with three turns.

The International Circuit can also be raced in reverse, and as much was confirmed to be included in this track by Senior Vice-President and Executive Producer at iRacing, Greg Hill, on Twitter. Not only will the backwards layout be included, but a Rallycross variant of the track is also expected. It’s unknown exactly if the National or the Tri-oval will be included. For now, we’ve got quite a number of options already to race on this new track.

Another neat quirk with this track is that it’s featured with the Vee in the garage. As it stands, Tsukuba is the only other venue that will allow racers to be in a garage stall. Whether drivers will spawn in the garage or if it’s just accessible like Tsukuba, or victory lane at Phoenix Raceway, we’ll be sure to find out once released.

While more content and updates are expected to drop at any point between now and 14th December, when 2022 Season 1 goes live, these are both pretty awesome as it stands. It’s unknown at this time the pricing on either of these tracks. It’s also unknown if any deal will be available to members who own the current WGI track.

Keep it pinned here at Traxion as we continue to cover the upcoming build release for iRacing. Let us know your thoughts of the two roadies coming soon in the comments below!