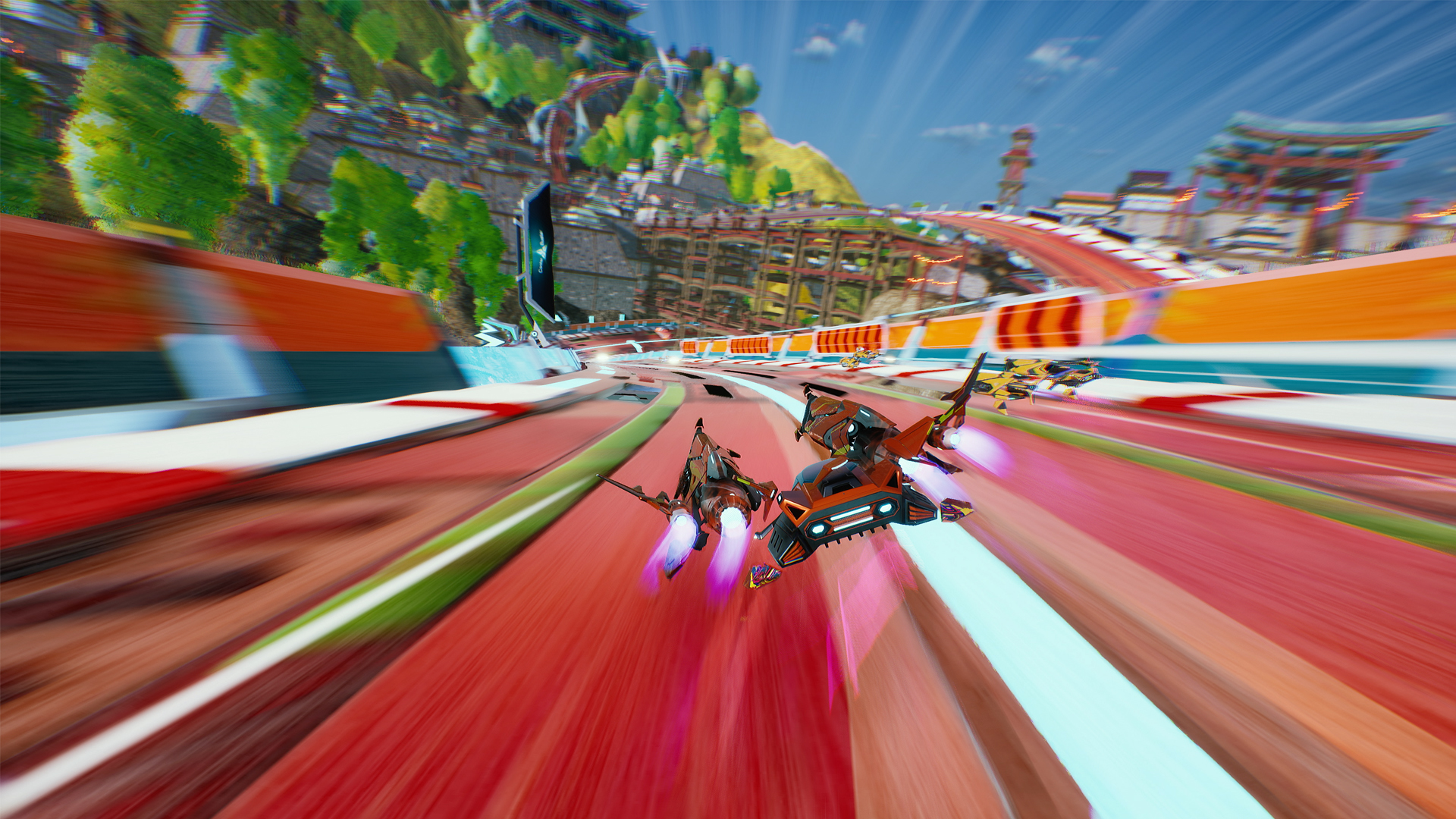 The sequel to 2016’s superlative anti-gravity racing game will be launching on 26th May 2022 for PC, Switch, PlayStation and Xbox.

The release date for futuristic anti-gravity racer Redout 2 has been revealed and it’s sooner than we anticipated – 26th May 2022.

The sequel to 2016’s original futuristic racer, the 34BigThings-developed game will feature vibrant colours, an adrenaline-pumping EDM soundtrack and wickedly high speeds – over 1,000 km/h. It will also feature in-depth vehicle customisation for the very first time.

There will be six game modes – Time Attack, Race, Arena Race, Last Man Standing, Speed and Boss – with 72 tracks across ten locations to race on. 12-player online multiplayer is also an option.

As befitting a game with an emphasis on stunning visuals, a photo mode is also part of the mix.

It will be available on PC (Steam and Epic Games Store), Nintendo Switch, PlayStation 4, PlayStation 5, Xbox One and Xbox Series X|S.