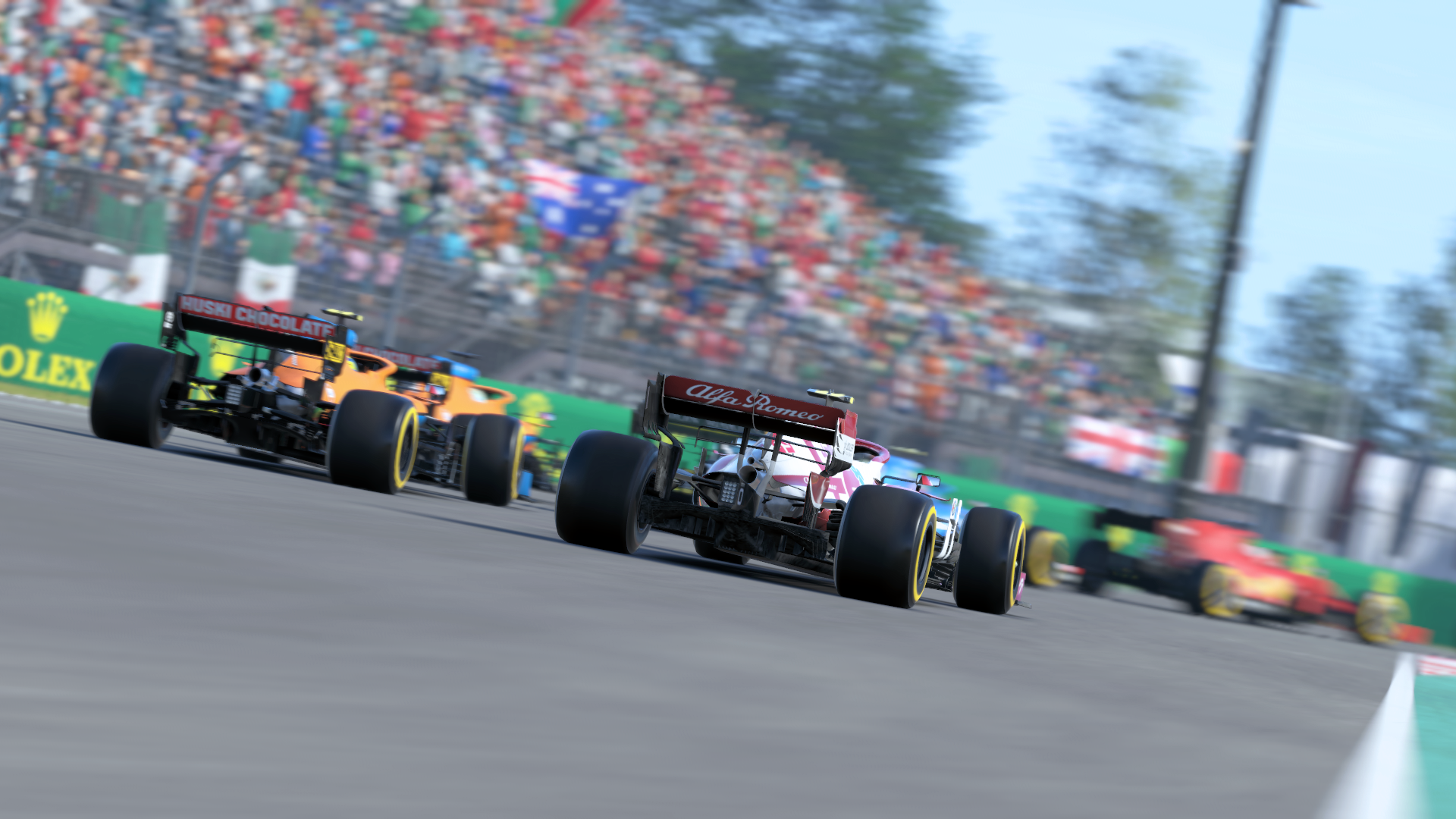 The F1 Esports Challengers Series concluded on 31st March 2022. 18 drivers, six each on PlayStation, Xbox, & PC platforms, will advance to the next level, the F1 Esports Pro Exhibition.

The six event, 12 race season for the F1 Esports Challengers Series concluded on Thursday (31st March 2022) with the final event for the PC sim racers on F1 2021. Both the Xbox and PlayStation seasons concluded in the two days prior, and from each platform, six drivers will be advancing through to the Pro Exhibition.

Merely making the Pro Exhibition does not guarantee a spot on the upcoming Formula 1 Esports Series Pro Championship roster, but it will give teams an idea of who to sign on to their teams for the 2022 campaign. Think of it as an opportunity to showcase talent against the other top talent coming up the ranks.

As Tom mentioned in his preview of the 2022 series, there were some great successes to come out of the Challengers last season. Josh Idowu, who finished second in the PC series in 2021, was a huge success story in the Pro Championship. Idowu signed with McLaren Shadow for the season and scored a pole position to open the season at Imola.

Here’s how each platform’s season concluded, as well as some deep analysis from our very own Justin Sutton, who commentated for the F1 Esports Challengers once again.

On the Xbox side of the Challengers, the six drivers advancing are:

The overall winner was Tom Manley, and Justin was impressed with his sheer dominance. “With nine victories across the twelve race season it’s hard to argue against Tom Manley on the Xbox side being the breakout star of the entire 2022 Challengers series,” Justin said.

“His domination in a field of hugely impressive drivers only stands to further highlight the performance from the 16-year-old from the United Kingdom. The virtual F1 paddock will be frothing at the mouth to see how he stacks up against the best of the drivers from the other two platforms in the Pro Exhibition.”

As far as the five others advancing from Xbox, they’re not on the same level that Manley put himself on, but Justin says that they all showed promise throughout the season. “Ryan Jacobs, who finished second in the championship, had a shocking Event 6 and still finished 25 points ahead of the next driver, which is especially impressive when you consider he never won a race,” Justin said.

“After that, the Xbox platform is shockingly close, with the rest of the top six separated by just two championship points. Sam McLean was arguably the most consistent, while Jed Norgrove seemed to have more than his fair share of bad luck. Harvey Cowan has a victory from this season while McLean and Norgrove did not. Miko Hautajoki seems to have unlocked some extra pace in the final part of the season.

“Between the four of them, it’s anyone’s guess who is quickest, and more likely it would be an ‘any given day’ situation for all of them.”

From the PlayStation platform, the six drivers advancing are:

Not as dominant as the Xbox leader Manley, but still impressive, Joost Noordijk ended the season on top with five victories. However, it took a bit for Noordijk to find his stride. “It wasn’t until Event 4 that Joost Noordijk won his second race, but then he followed that up with back-to-back wins at Event 5 and a fifth win in Event 6,” Justin said. “Noordijk may have flown under the radar, relative to the other 2022 Challengers champions, but that’s only because of his relatively slow start compared to the other two.”

Runner-up in the PlayStation field was Duncan Hofland, who Justin says was one of the “most exciting drivers on any platform” thought the entirety of the Challengers in 2022. “His ability to follow other cars closely through the corners made him an overtaking dynamo at times. He firmly cemented himself as being a slightly hotter prospect than the rest, despite only having one win.”

Filling out the remaining transfers include a trio of winners in Matthew Alder, Mirko Suriano and Jordin Poland. The final transfer, Georges Nader, had the least points of anyone who transferred, but could be a factor with some good fortune.

“Matthew Alder and Mirko Suriano, both of whom won races this year, ended the season just one point apart, with Alder winning two races, compared to Suriano’s one, but with worse consistency, scoring no points at all during Event 6 after crashing from the lead in Mexico,” Justin said.

“Jordin Poland also picked up a win this year, but suffered more with consistency, while Georges Nader only barely snuck into the top six with the fewest points of anyone who qualified after some really bad luck this season, meaning he could be a real dark horse in the race.”

Finally, on the PC platform, here are the six drivers advancing to the showcase:

On the PC side of the series, the battle for the top spot was much closer than the other two platforms. Tomasz Poradzisz was able to claim the top spot by 57 points over Piotr Stachulec. Poradzisz had six wins to his name while his runner-up Stachulec had three. As Justin said, both drivers had standout seasons in their own rights.

“Poradzisz didn’t win quite as many races as Tom Manley, but that could be down to stiffer competition,” Justin said. “The fact is, without being able to easily compare the speed of one platform to another, we can only hypothesize on a lot of variables. But the fact is that Poradzisz won half of the races this season. His compatriot and nearest rival, Piotr Stachulec, also had a standout season with three wins, 25% of the season, the most of any runner-up across the three platforms.”

The rest of the bunch advancing had themselves a heck of a fight for third, but they were well above those that didn’t advance in the points, only separated by five points when the season ended on Thursday.

“All four of them have performed well this season,” Justin said. “Of the four, only Samuel Bean and Szelle Kristof won races, with 50 of Bean’s 108 points coming from his two wins at Bahrain and COTA, making him the least consistent of the bunch, but possibly with a higher ceiling of speed.”

The Pro Exhibition is up next, and from there, the teams will decide their lineups for the 2022 Pro Championship. Also, we expect news on the next iteration of the game, where it is expected that the next pro-level Esports championship will take place on.

When we learn of the dates of all of that, we’ll have you covered here at Traxion.GG.