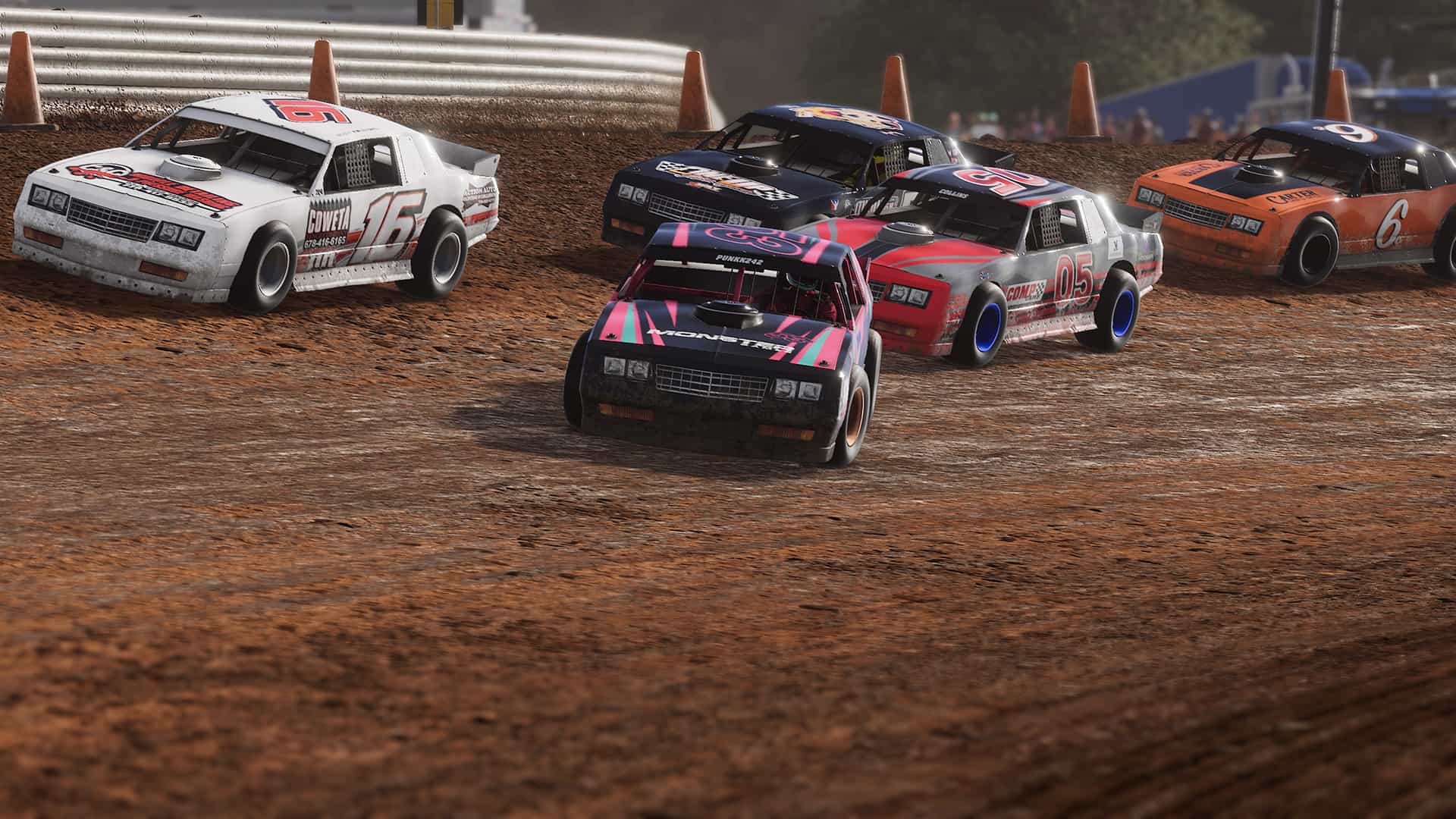 Looking to get on World of Outlaws: Dirt Racing with your favorite steering wheel and pedal set? Make sure you read this first!

World of Outlaws: Dirt Racing is out for PlayStation 5, PlayStation 4, Xbox One and Xbox Series X|S Consoles as of Tuesday 27th September. As it turns out, the title comes with wheel support if you decide that a controller either isn’t working out for you or you want to get more immersed.

I wouldn’t blame you, as wheeling is equally as fun, if not more so. With that said however, you’ll likely need to know what settings to put on to get the most enjoyment out of ripping around the cushion at each of the 40-plus tracks included in the game.

If you need to know what wheels those would be, PlayStation and Xbox both have a list of peripherals that are compatible with their consoles. We also have a list of the best PS4 and PS5 wheels to look at as well, and if there’s a PlayStation variant, chances are there exists an Xbox one too.

If the wheel connects, you should be in business. While I still recommend the controller just for the fact that you can play the game in a more relaxed situation and still do well, here’s what you should look for if you’re going to connect to a wheel peripheral.

By selecting the options while using the wheel, you can access the wheel controls under the tab “P1 Controls”. This area is the fine tuning area to get the wheel to feel as it’s supposed to.

Here is where you can set the force feedback strength, if the wheel reacts to impacts from other variables on the track around you, and if your wheel has a centering spring, make sure you definitely turn that on.

Players can also choose how to shift if you have manual shift enabled. At the time of the game’s release, there really is zero need for this setting to even be on. I’ve even found that by having it on, the car will shift out of gear in qualifying when taking control of the car. Just an unnecessary option for six cars with only a single gear.

Depending on your wheel, you may want to adjust the deadzones and sensitivity. Steering deadzone, for example, would be a good thing to adjust if you notice that you are swaying back and forth in a straight line. The pedal deadzone adjustments would likely fix any intermittent jagged input.

As for sensitivity, again, this would fine tune the inputs to either pick more or less up of what you’re putting in. Steering range would be akin to the degrees of rotation, give it a bigger range and you’ll have more use of more degrees of the wheel – you’ll need more input to turn it.

Sensitivity might be resemblant of a steering box or ratio, if you want to use the full range but maybe with less turning, turn up the sensitivity to make smaller inputs count for more. Brake and throttle range both apply to how much of the pedals are used to get full throttle or full-on braking.

The same screen will allow for sensitivities to be tested, which is a good visual tool. However, the best test is to see it in action on the track.

There’s also a Driving tab under the options, and this area won’t be for setting up the wheel, but rather for setting what types of assists (and how much of them) that you want to utilize.

The ‘hardcore’ mode would be to set everything to zero, but this is a video game and it is recommended, especially with the controller, to have at least some stability enabled. The three driving aids include stability help, driving assist and wall avoidance.

There are presets, but I recommend skipping right to Custom and picking what works best for you. Furthermore, these settings can be adjusted from the pause menu in race, practice or qualifying conditions.

One last suggestion would come under the Gameplay tab, the very first one, with the ‘wheel-to-wheel’ contact slider. I found in certain open wheeled cars, a small bit of contact will rightfully send you into a bit of a tizzy.

Moving this slider to how you want that reaction would be a good tip. It really doesn’t apply to setting up a wheel unless you have settings that might rip the wheel out of your hands. Then, at that point, you’d want to fine tune this to be to your preference.

Again, this is all if you want to race with a wheel, but it’s definitely not mandatory to be fast. Controllers work surprisingly well, and that’s also dependent of having the right settings.

World of Outlaws: Dirt Racing is available now for PlayStation 5, PlayStation 4, Xbox One and Xbox Series X|S. Be sure to read our review of the game!