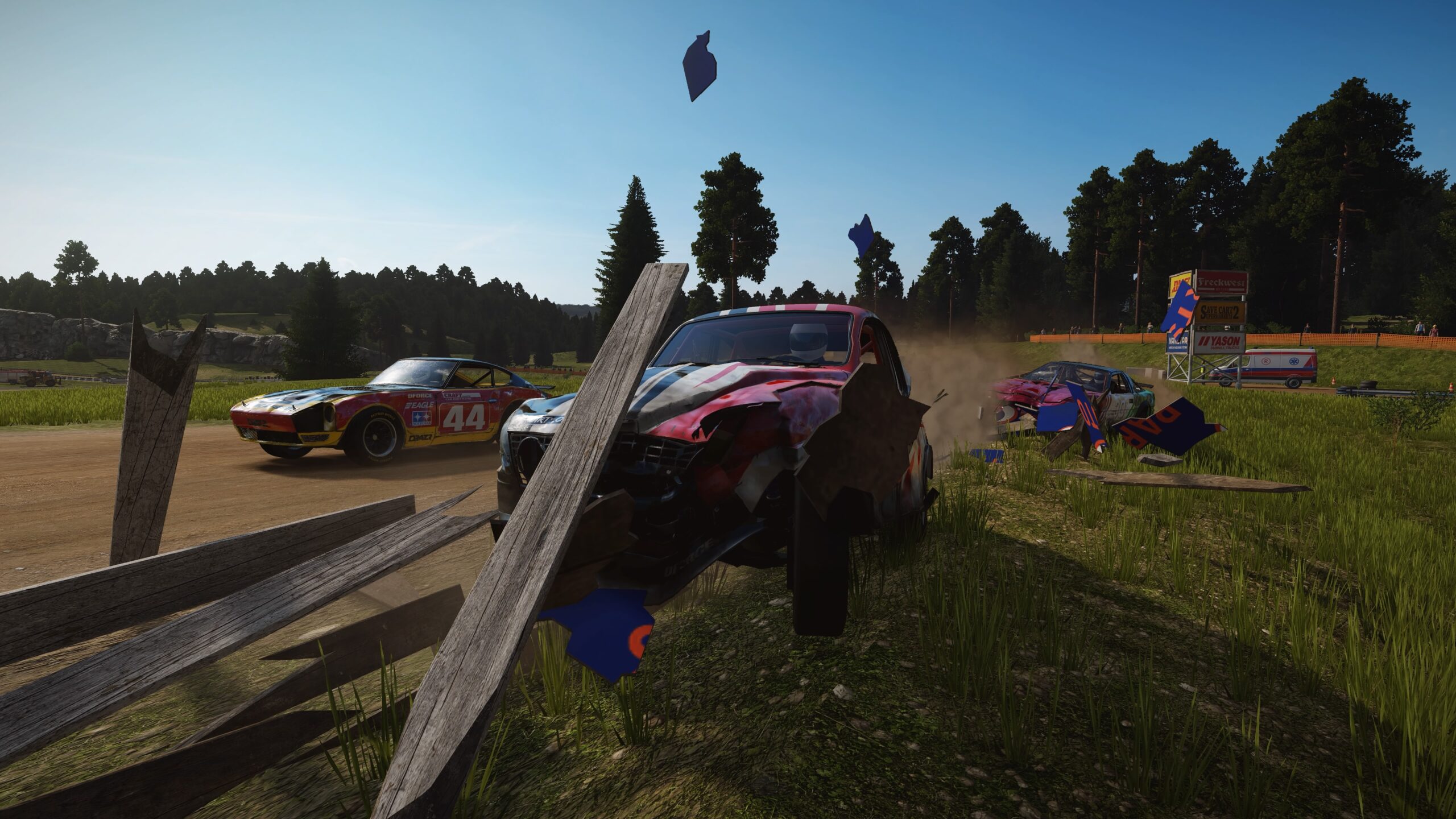 Hey there Wreckfest fans, it’s time for a new Tournament update, and you know what that means – new stuff.

In this month’s update, there are two new routes now available to all players for free. The Rally Circuit and Rally Circuit Reverse layouts for Firwood Motocenter offer mixed-surface racing, ideal for more folkrace madness.

To go with these new variants, there’s a new bundle for the Firefly car – reminiscent of a classic Saab 96 rally car. You’ll have the opportunity to steer this in the Season Challenge, which also uses one of the new venues.

Controversially, this new update removes zombies from the Carmageddon content, that was added last month. Zombies are a key element to the original Carmageddon, and seeing elements of the game within Wreckfest was an interesting way of rejuvenating the franchise. Now it seems this part of the game will now lack some of its charm.

As will every Wreckfest update, there are also a host of small tweaks and changes. For those on PC, online performance should be quicker, slicker and more stable thanks to a slew of refinements.

Zombies or no zombies, Wreckfest is still a ball and these regular content drops make our month. The full changelog is below across PC, PlayStation and Xbox.