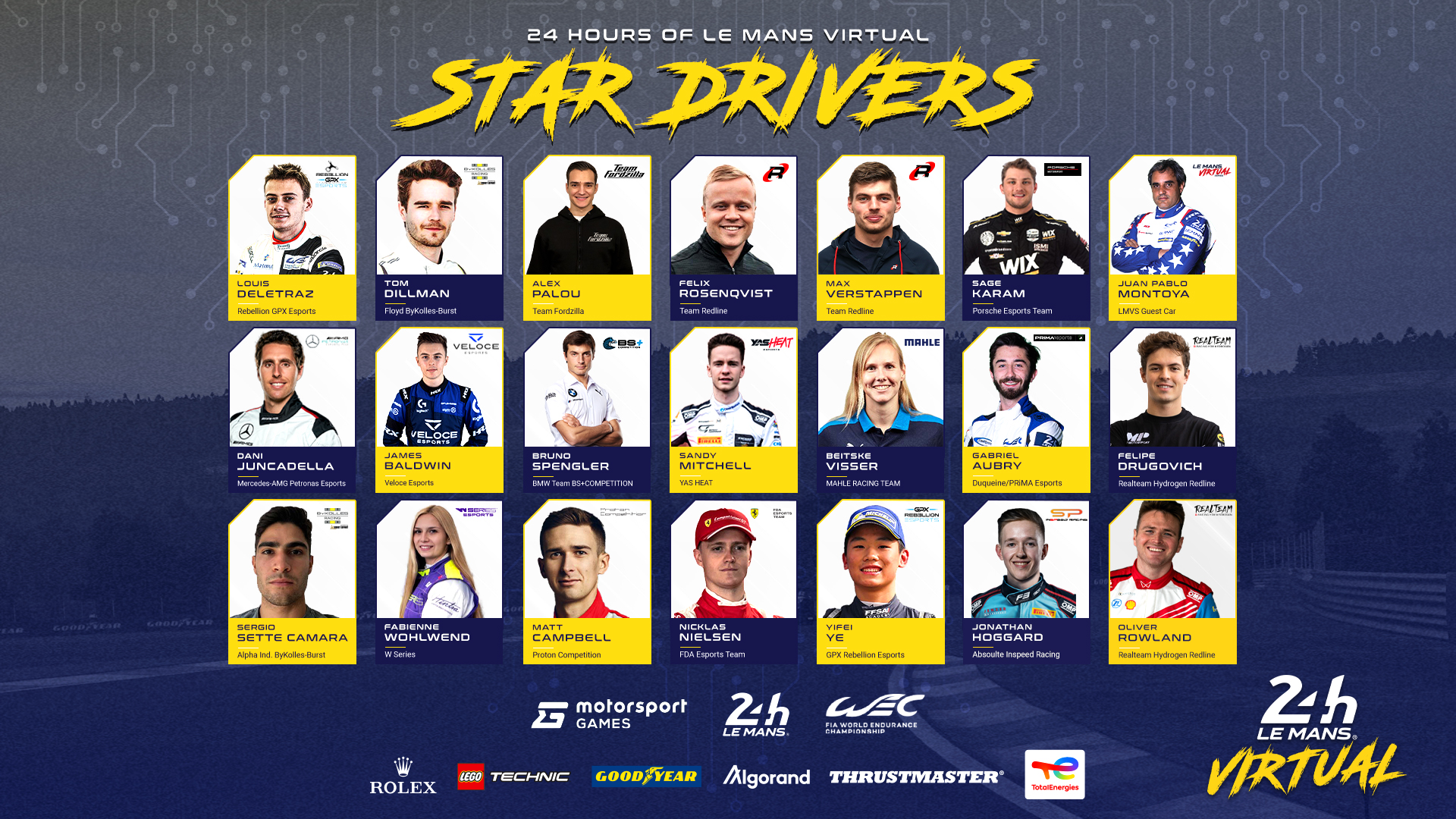 The driver line-up for the 2022 24 Hours of Le Mans Virtual has been revealed, and it’s filled with Formula 1, GT, IndyCar and touring car stars racing alongside the best esports drivers in the world.

50 cars will take to the grid at Circuit de la Sarthe, 29 in the LMP category and 21 in GTE. Each team has four drivers per car, with two from the world of motorsport and two from racing esports.

In the LMVS Guest Car car, father and son combination Juan Pablo and Sebastian Montoya take to the grid and are joined by Le Mans Virtual Cup victors Luca D’Amelio and Christopher Högfeldt.

In GTE, the W Series will enter a team – the first time the series has ventured outside of its own single-seater championship – with a BMW M8 driven by Fabienne Wohlwend, Ayla Ågren, Emily Jones and Lyubov Ozeretskovskaya.

“Our entry into the iconic 24 Hours of Le Mans virtual race reflects our long-term commitment to the world of esports and creating opportunities for the world’s best female talent in motorsport, both on and off track,” highlighted Catherine Bond Muir, Chief Executive Officer, W Series.

You can watch the race live on Traxion.GG’s YouTube, Facebook and Twitch channels from 5 am PT / 8 am ET / 1 pm GMT / 2 pm CET on Saturday, 15th January 2022 with qualifying the day before.