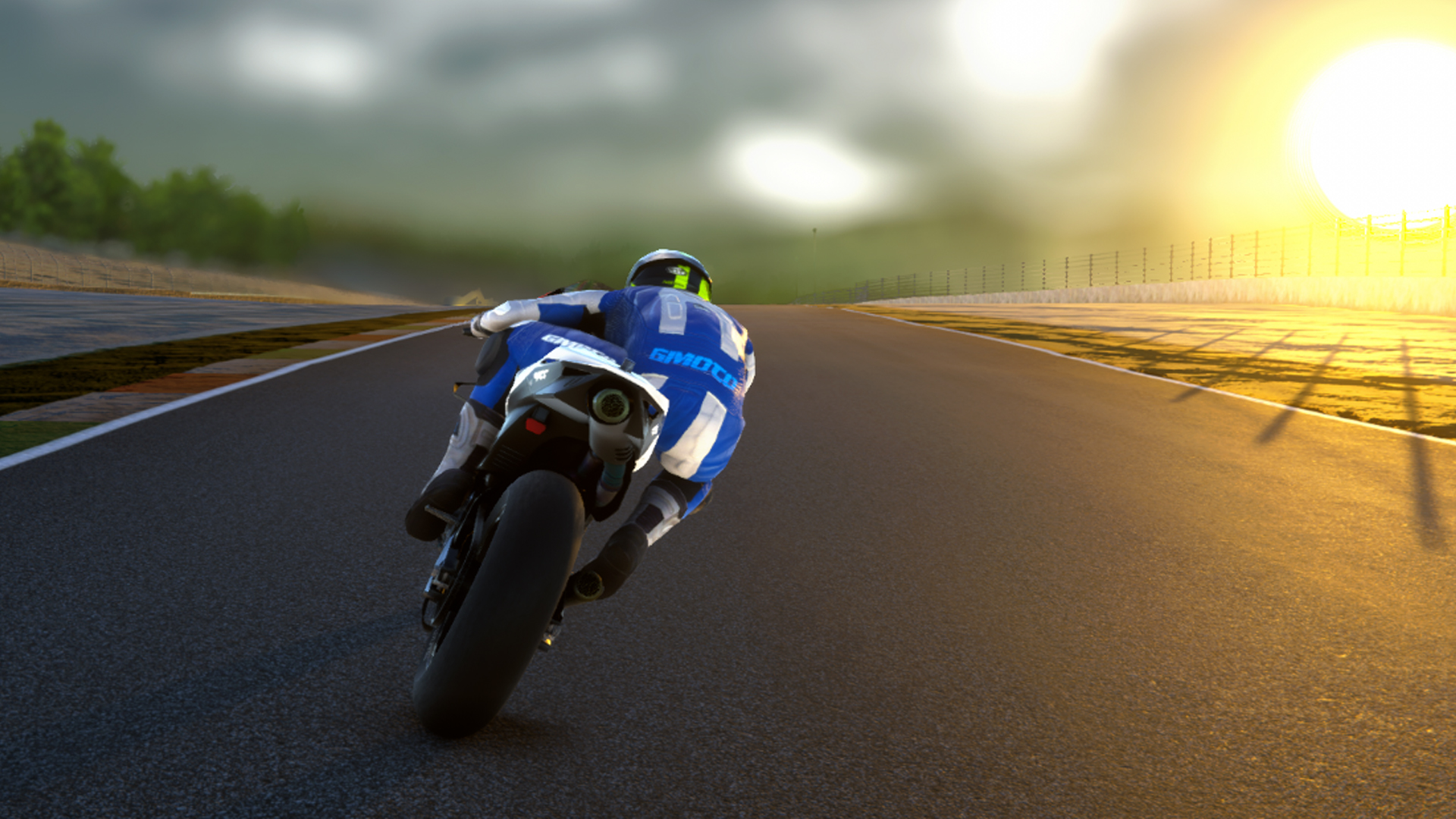 The motorcycle riding simulator TrackDayR has received a significant, 1.0.87.10, update and alongside new content comes a further host of refinements.

The title is currently in Early Access on PC and is currently evolving at a rapid rate thanks to the efforts of Italian developer MadCow.

The biggest addition this time around is the new fictional Grand Prix bike, alongside two new venues. The new tracks are not licenced, SharkBay Circuit and Motor Arena Circuit, but squint a little and you’ll see the former has similarities to the Phillip Island Grand Prix Circuit in Australia and the latter Misano World Circuit Marco Simoncelli in Italy.

The new ride is entitled ‘GP specs motorbike called GP1000’ and is a purpose-built racing motorcycle. It also features a ‘Holeshot’ system. These are used in contemporary top-class motorbike racing, first pioneered by Ducati, where the bike squats down at the start for maximum traction at the start of a race.

Four time of day pre-sets are now available alongside support for Nvidia DLSS for more authentic visuals. This is alongside a suite of physics updates.

This new update is available right now. Let us know in the comments below if you’ve been keeping an eye on this two-wheeled sim and why not check out ROBO46’s hands-on with the latest additions.