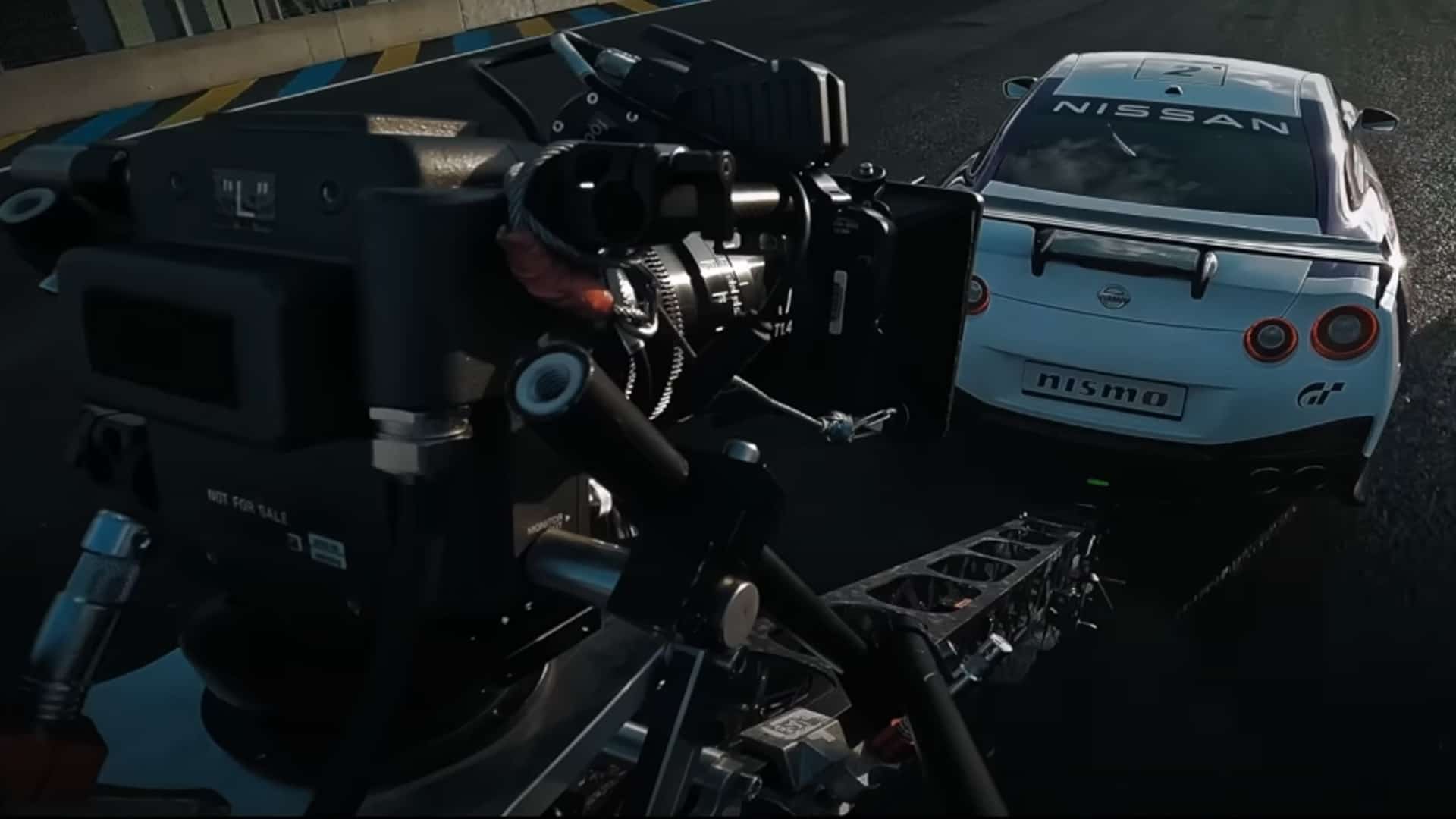 Sony Pictures Entertainment has showcased the first moving footage of the Gran Turismo movie production, providing an insight into the unique production process.

The first footage from the Gran Turismo movie production has been showcased by Sony Pictures Entertainment at the Consumer Electronics Show 2023 in Las Vegas.

The film will follow the life and times of Jann Mardenborough, a real-world aspiring driver who won the GT Academy competition for Gran Turismo players in 2011 and went on to become a Nissan driver in global motorsport championships.

The main takeaway from the footage is that yes while it’s based on the true story of Mardenborough – with a love interest thrown in for good measure – the camera angles are quite unlike any driving film we’ve seen before.

There’s a brief snippet of Nissan GT-Rs racing and it looks very much like a recreation of the in-game chase camera.

“You can get into places and position them, because they are so light, in places where we could actually simulate the Gran Turismo [game] angles,” said Director Neill Blomkamp when talking about the Sony IMAX-resolution VENICE 2 cameras used to film.

The Nismo variant of the all-wheel-drive R35 is omnipresent – in a white livery design to represent the GT Academy competition – as is an LMP-style vehicle, the Ligier JS PX. It’s a one-off design, based our the French company’s compliant racing machines, but designed without a specific ruleset in mind.

Handily, it used a twin-turbo 3.8-litre V6 engine derived from a Nissan block.

Of the racing circuits we can identify, the Hungaroring and Slovakia Ring are included – wouldn’t it be nice if there were in Gran Turismo 7 at some point? To be clear, we’re just dreaming, this doesn’t mean they ever will be.

It looks as if other circuits around the world are being used to replicate Circuit de la Sarthe, where the 24 Hours of Le Mans race is held, such as this shot of an opening ceremony.

“When we look to adapt a game to the big screen, we carefully consider how we appeal to both long-term fans of the games and newcomers,” said Asad Qizilbash, Head of PlayStation Productions.

“For PlayStation, we really wanted the spirit and the energy of the game to be captured, and Neil [Blomkamp] was the perfect a filmmaker to do that, and also a fan of the game, which helps.”

While the cinematography seems to have motorsport and Gran Turismo fans alike – its success now hands on the script and the acting now. Gran Turismo is scheduled to hit theatres 11th August 2023.