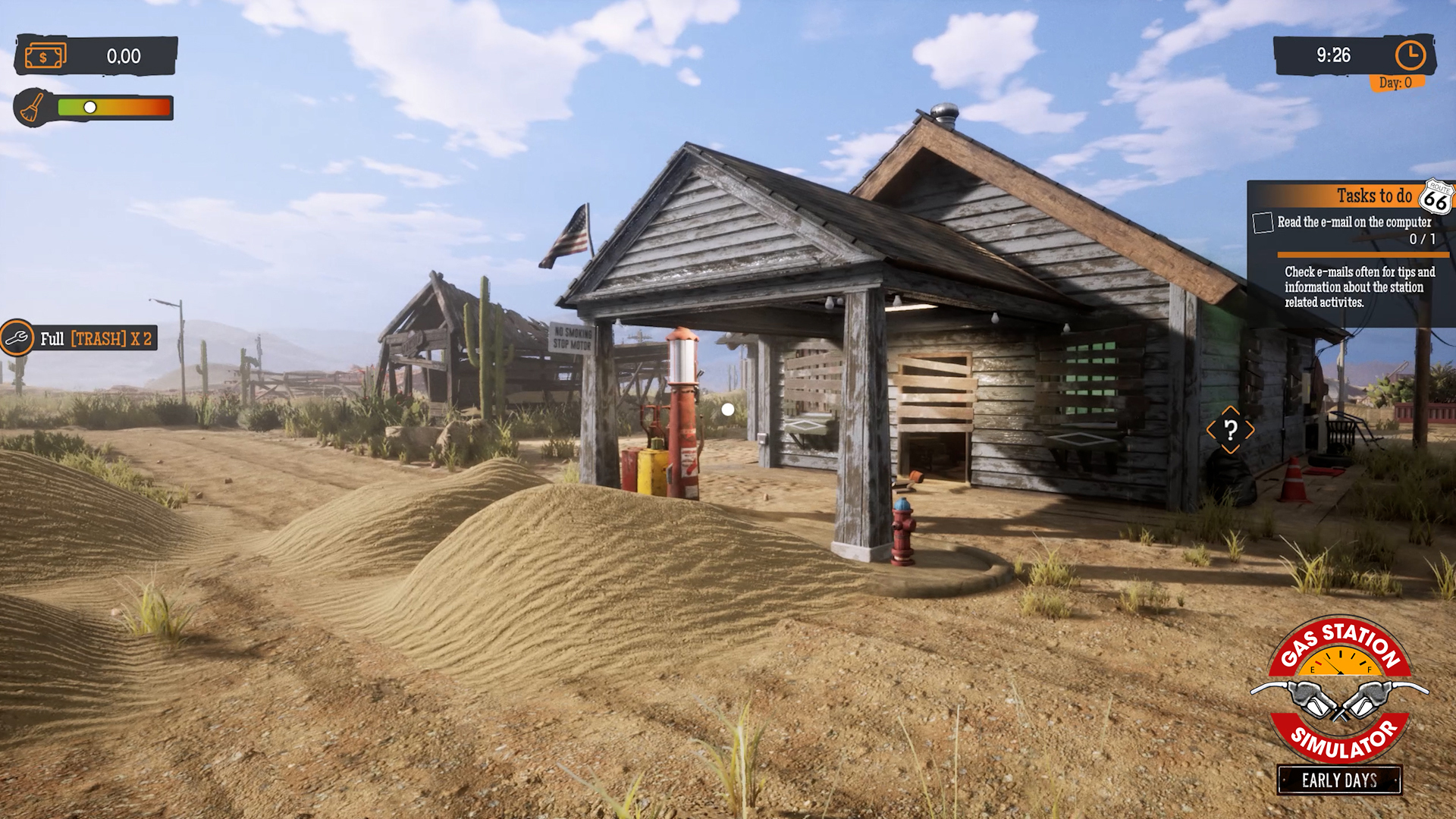 We here at Traxion are all about racing games, simulators and all of that sort of thing, but what about a simulator for pumping gas into cars?

Now, stick with me here, vehicles need gas to go, right? I mean, unless we’re talking those electric cars, but this simulator doesn’t seem to recognize them anyway. Sticking with the theme of cars and simulators, here’s a look at one of the latest entries on Steam, Gas Station Simulator: Early Days.

The simulator is deemed a prologue of a full game to be released later. The prologue went public on 28th April and has been met with favorable reviews so far. The release of the full game is set to happen at the end of the second quarter of this year, so this Early Days edition is just meant to whet the whistle for a short while.

Make your gas station your own! Renovate, customize, and serve your customers with different interactable options around the facility. You’re in the middle of nowhere and you’ve got the keys to a rundown gas station, so why not go all out?

The Early Days prologue is free to play and will start you at the bottom for the full build up experience. The Steam page also links a demo of the game that does a lot of the hard work for you, but what’s the fun in that? That’d be like starting a career mode on the fastest team on rookie settings… come on now.

The gameplay release video also shows different game modes included, such as cleaning up garbage, painting walls, lockpicking open locked areas like in those Elder Scrolls games, or even filling up gas tanks. Seriously, the early access streamers already have like 10 million views on YouTube and it’s caught the intrigue of us here at Traxion.

The game… ahem… simulator prologue is available on Steam now. Give it a go and let us know what you think in the comments!