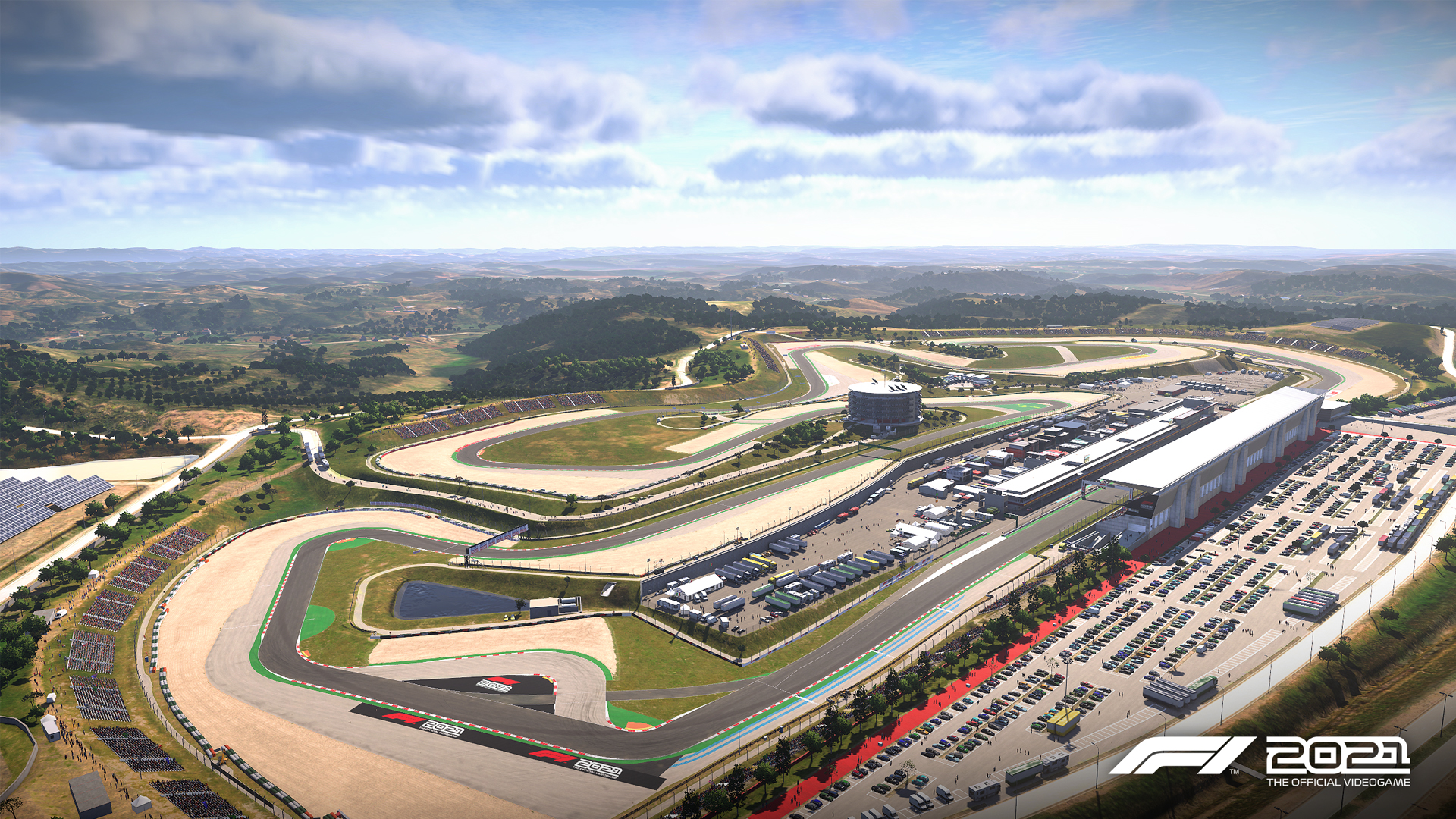 You asked for it, now you have received it. The Algarve International Circuit – commonly referred to as Portimão – is now in the F1 2021 game via a free update.

Like right now, on PC, PlayStation and Xbox. Get downloading.

This marks the first post-release track for the F1 game series ever, excluding paid DLC, and is the first new addition to the roster since the ill-fated Vietnamese Hanoi Circuit in F1 2020.

This latest update also includes other much-requested features, including an update to the team and driver performance, now more closely matching the real-life 2021 season. Naturally, current online leaderboard times will be wiped.

The new Aston Martin Vantage Safety Car now joins the existing Mercedes-AMG GT R. During the current Formula 1 season, the two cars share the safety car duties, but upon the launch, the game only had the red Mercedes. If you trigger the SC at any of the following circuits, you shall get the Aston: Bahrain, Monaco, Canada, France, Great Britain, Netherlands, Singapore, Russia, Japan, Australia, Saudi Arabia and Abu Dhabi.

For those on PS4, PS5, Xbox One and Xbox Series X|S, there is now a free demo, or in this case, entitled ‘trial’. Free to download, you’ll get a tester of Braking Point alongside a Grand Prix at Monza (timely) and the opening weekend for My Team management mode.

It’s also been confirmed that the Autodromo Enzo e Dino Ferrari, Imola, will be added in October alongside an “F1 Sports Update”. There is no further information currently about this element, we can only presume that perhaps this pertains to the upcoming Esports season?

According to F1 Senior Franchise Director, Paul Jeal, the Jeddah circuit will be “releasing a few weeks before it makes its F1 debut in December,” allowing players to experience the track before the circuits arrives there.

The ongoing Covid-19 pandemic has thrown a spanner in the works, with last-minute calendar changes running amok in many championships. F1 2021 launched without key additions and included many circuits that will not feature in the actual season this year, but this extensive roadmap of new content will hopefully appease many fans.