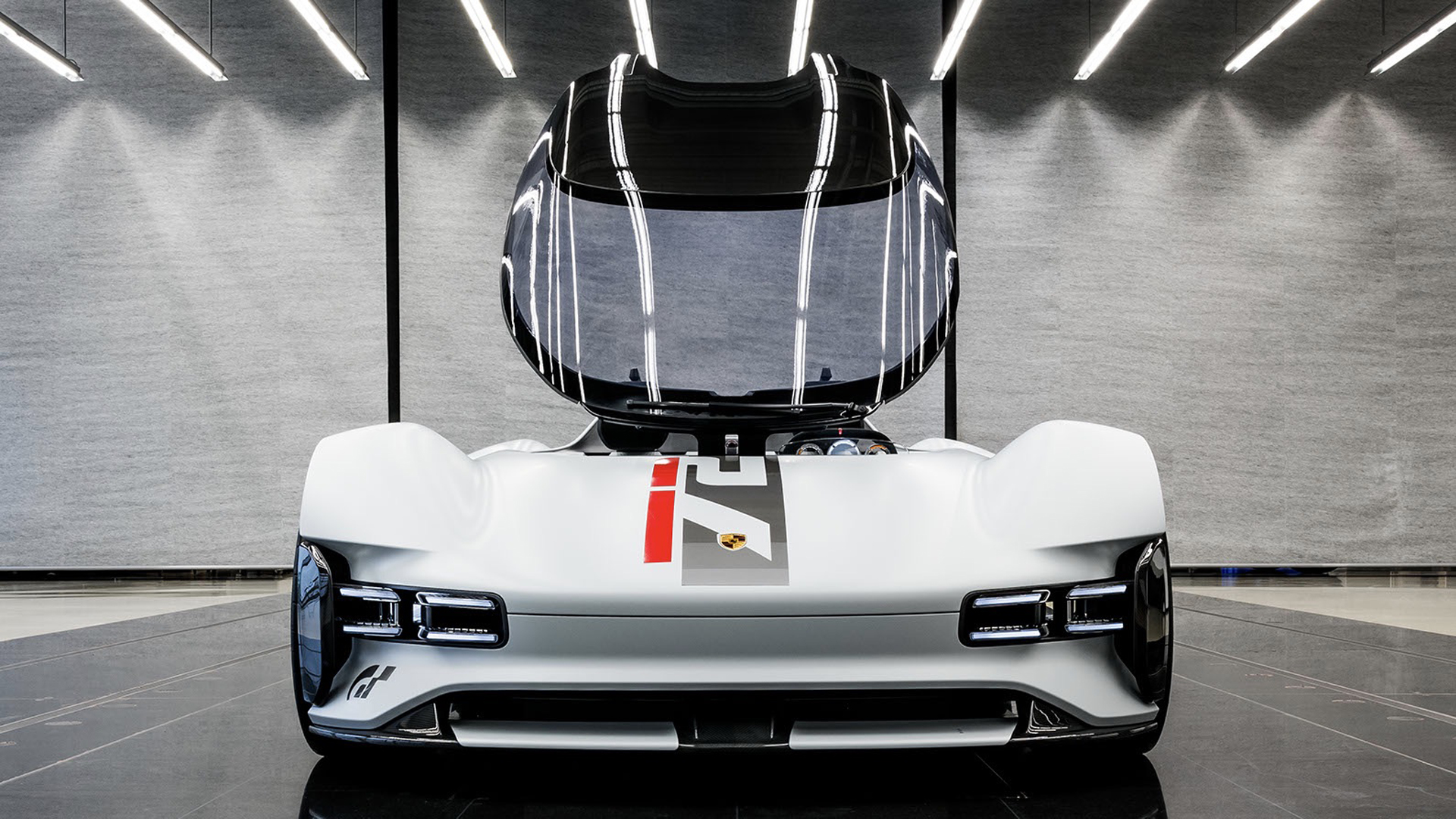 This is a new, from the ground up, concept car designed by Porsche for the upcoming Gran Turismo 7. While it is a flight of fancy, it’s meant to preview, or hint at, the future for Stuttgart’s favourite sports car manufacturer.

A low, sleek design that is unlike any current road-going Porsche, there are at least some design themes that remain constant. The use of eight LED lights up front is reminiscent of the current electric Taycan and the recent Mission R concept – but in a more aggressive fashion.

The rear features a strip of red light, which if you squint a little is analogous to the lights at the back of the current 991 992, but a little narrower. This is said to also act as a moveable air-brake. To gain entry to the vehicle, the entire roof and windscreen open up as a canopy.

“A vehicle designed purely for the virtual world opens up exciting possibilities for us that are otherwise heavily regimented in a regular design process for a series production car,” said Michael Mauer, Vice President Style Porsche.

Unlike some Vision GT projects in the past, the Porsche Vision Gran Turismo includes a cockpit design too. The focus looks to have been on minimalism, with only a handful of buttons placed upon a carbon fibre skeleton to make up the dashboard, but several controls placed upon the contemporary steering wheel design.

“We spent a long time considering the right material design consisting of carbon and titanium. The aim was to reduce weight while increasing performance,” says Markus Auerbach, Head of Interior Design at Porsche. “We only used entirely vegan materials in the concept car.”

The powertrain is all-electric, encompassing Porsche’s push to make BEVs exciting. Details on the power and torque outputs and drivetrain layout are not clear, so expect those on the run-up to the game’s release.

“Both we and Porsche follow the same perfectionist philosophy. We share the same passion for racing and are looking to the future of the car,” highlighted Polyphony Digital President, Kazunori Yamauchi.

The car is seen in what looks to be a new Scapes location inside a Porsche museum alongside three 911s and you’re interested to know the long, wide, water surrounded track used in the trailer above, that’s Special Stage Route X that is also in GT Sport.

The car not only exists digitally but a full-scale model has been created by Porsche too. It will be joined in Gran Turismo 7 when it releases 4th March 2022 for PS4 and PS5 by the Jaguar Vision Gran Turismo SV and Lamborghini Vision GT as new entries created for the scheme.