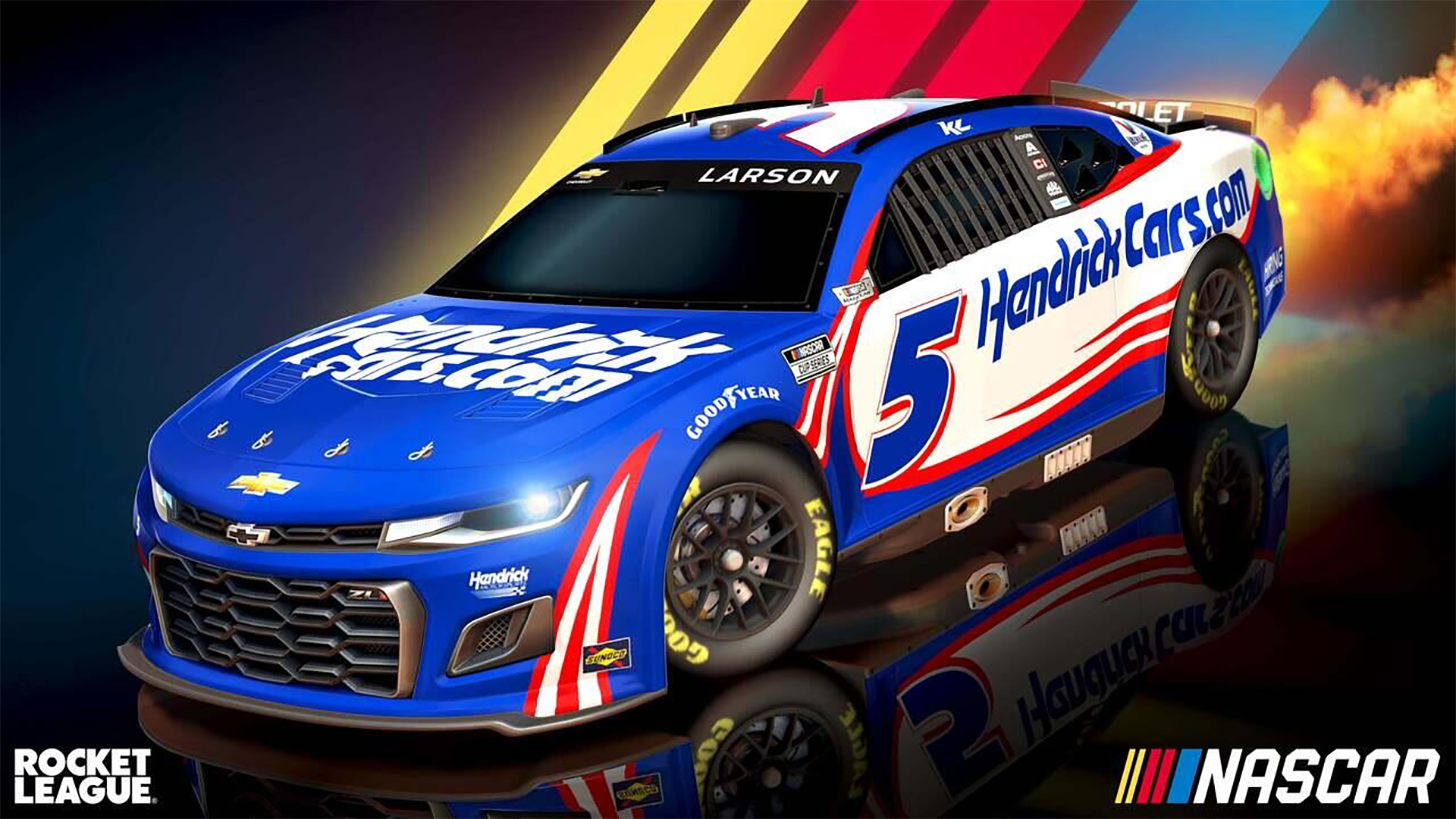 More NASCAR Cup Series content is heading to Rocket League this week. On 20th April, the NASCAR Fan Pass returns in 2022 form, and it will bring with it nine drivers that are new to the platform.

Last year’s 2021 fan pass saw a total of 14 drivers and a respective livery included. These nine in the 2022 pass will feature most of the top teams such as Joe Gibbs Racing, Stewart-Haas Racing and Hendrick Motorsports. With those specific teams, the drivers included are three former Cup champions in Kyle Larson, Martin Truex Jr and Kevin Harvick.

Trackhouse Racing, Spire Motorsports, Front Row Motorsports, RFK Racing, Richard Childress Racing and Team Penske liveries are also included. None of these car and driver combinations in this pass were featured in the previous NASCAR Fan Pass from 2021.

Also of note, these schemes are on the new 2022 NASCAR NEXT Gen bodies, including the Chevrolet Camaro, the Ford Mustang and the Toyota Camry. Each manufacturer will have their own car and generic paint, and then will have the respective new drivers included.

With each car, players will also receive the NEXT Gen wheels and the proper sounds to go along with the cars. These cars use the Dominus Hitbox.

The NASCAR Fan Pass will cost 1100 credits and will come with two free future content drops later in the year. The summer update will give each car a “new custom design showcasing either the Ford Mustang, Toyota Camry, or Chevrolet Camaro brand”. The fall update will bring the NASCAR-inspired decals to the Octane, Fennec, and Dominus vehicles in the game.

This pack will be available from the 20th of April to the 26th of April. Race fans heading to Talladega Superspeedway this weekend can stop by the eNASCAR Arcade to give these things a go on the popular racecar / football (I mean soccer) game.

Check out the full details from the announcement below.

Images thanks to Psyonix