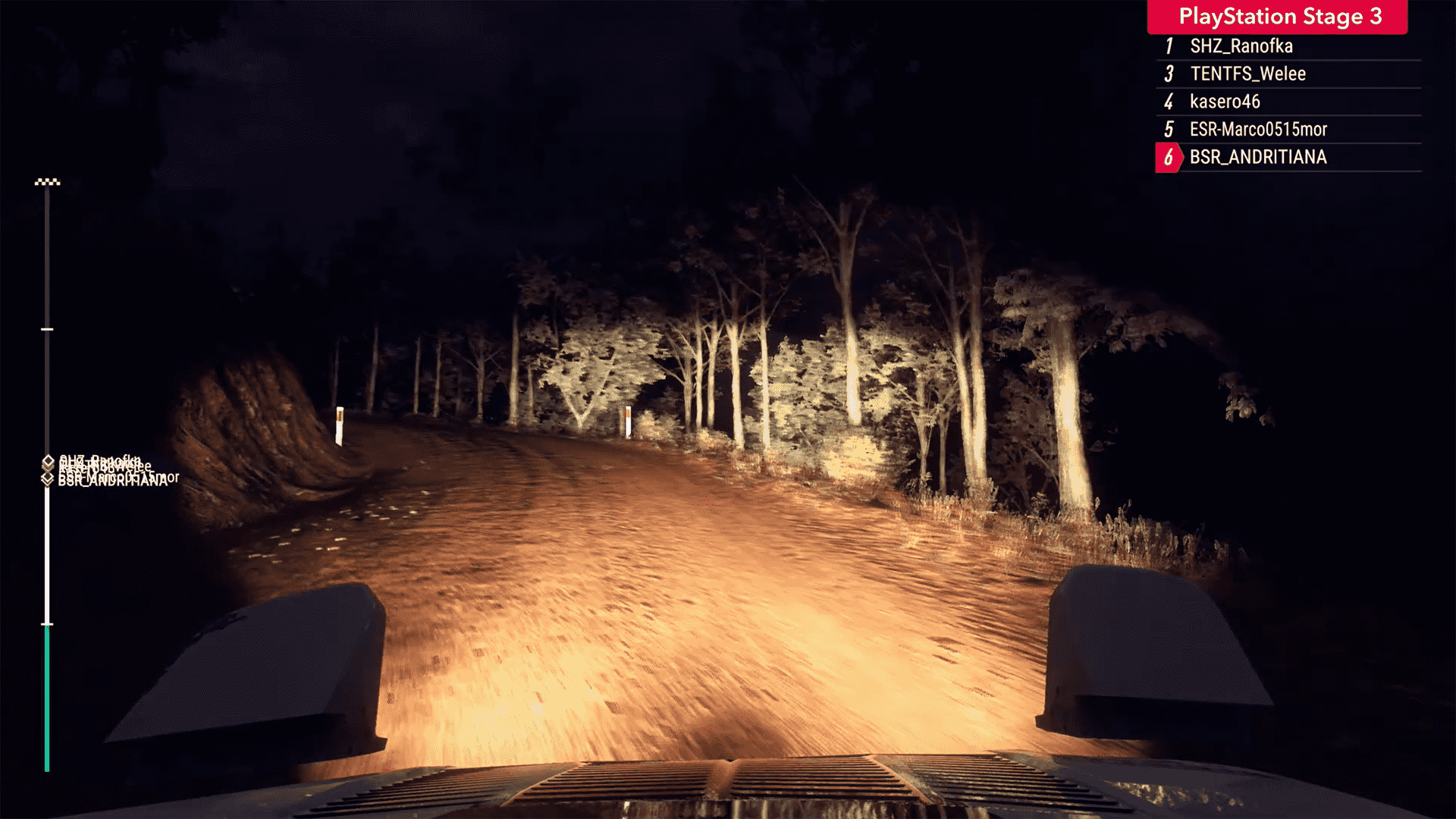 Qualifying Final 3 was the last opportunity for competitors to qualify for the Semi-Finals, so saw a huge number of players taking part in the online qualifying rounds beforehand. The final 3 time trial stages would see the fastest 2 players qualify to complete the Semi-Final line up.

After the smooth and flowing tarmac of Spain in QF2, the final challenge for the competitors is a tour of Australia and the hot and dusty stages. Two classics and a modern R5 would really test the ability of the drivers in different conditions.

As in previous Qualifying finals, the Xbox competitors were the first into the stages. With only 5 competitors after a last minute forfeit by Maxiem Wagenaar, it was Paul Beghin who immediately stamped his authority on the competition, winning stage 1 by 2 seconds on the relatively short 3.28 mile Noorinbee Ridge Descent. It was stage 2 where the final order would start to emerge, with another win for Paulo but this time only by 0.4 seconds over Carlos Alberto Andrade de la Rosa after a close moment dropping a wheel of the stage and nearly losing it 3 corners from the finish. A strong stage 3 win for Dylan Gagniere, coupled with his second place in stage 1, secured his Semi-Final place, and a third place for Paulo in the stage would be enough for 1st overall and ticket through to the semi’s too after disappointment in QF1 and QF2.

Steam followed Xbox and as history shows the competition would be even closer. And so it proved, with an extremely closely packed field from the outset, Alexandru Botos winning the opening stage from Daniel Johansson by only 0.1 seconds, and only 2 seconds covering the top 4. An unfortunate crash into the raised walls on stage 2 would lose Antoine Defontaine numerous seconds and the chance of qualifying, but keeping it pinned and consistent was Harry Eagle, with another super close finish of 0.7 seconds ahead of Johansson. Going into the final stage, less than 0.5 seconds separated Eagle, Johansson and Botos setting up a Stratos showdown in the dark. With the whole field swapping and changing positions quicker than the ticker could keep up, it was impossible to call until later in the stage where Johansson started to slip back which left Harry Eagle and Alexandru Botos to finish in that order and book themselves a slot in the semi-finals.

Playstation competitors were the last to run each stage, and unlike the other two platforms this was wide open throughout. Returning after QF1 and QF2 disappointment, Nicoló Ardizzone was hoping this would be the final chance he needed. The drama started right from stage 1 after a disconnection for Andritiana Rakotonaivo put to bed any chances of qualifying, and Ryohei Iwami and Soafome Jean Moramody both having incidents in the stage losing numerous seconds. Guillem Riera would take victory ahead of Beñat Arriaga. Andritiana Rakotonaivo did not give up and showed his pace in stage 2 with victory, with Riera and Arriaga only finishing down in 4th and 5th respectively. This left the leader board with another 3-way shootout  heading into the last stage. Ryohei Iwami had a storming stage winning by over 4 seconds, proving what could have been, and second for Ardizzone was enough to put him second and qualify. Riera had another consistent run through and even coming home in 3rd was enough to finish the top qualifier.

With all the rally qualifying stages now complete and a full list of semi-finalists, the competitors now look forward to the next leg of the competition where another 3 stages, this time on 3 different surfaces, will be practiced hard to secure that all important final place! Action begins same time on 19th December.