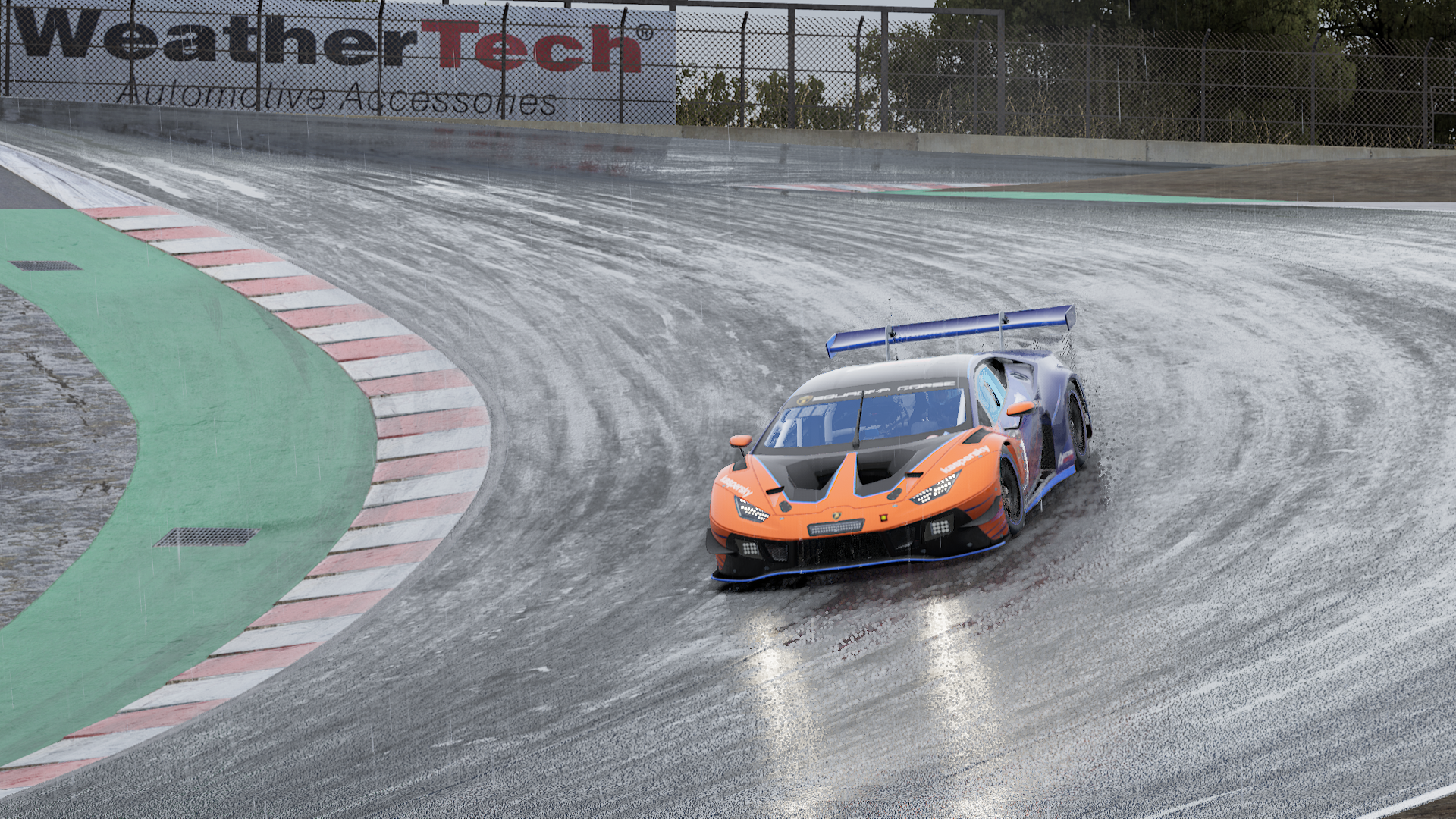 WeatherTech Raceway Laguna Seca, as it’s known in the real world, is a 2.238-mile, 3.602-kilometre circuit near Monterey, California. Built in 1957, Laguna Seca hosts a myriad of racing series that are mostly U.S.-based. As recently as 2019, Laguna Seca played host to the championship round in the NTT IndyCar Series.

Like Monza, qualifiers were open beforehand to get the 20 best in each region entered into the event. After closed qualifying the day before, the dual races per region took place on Sunday. APAC ran first, then the EMEA group second. The final regional group of drivers, the North American Latin American region, closed out the second round of events.

It was a disastrous first outing for William Hendrickson at Monza a few weeks ago. After qualifying third, an early issue forced him to retire before the green flag of the first race. That made his second race a tough outing to gain spots after having to start in last. This week at Laguna Seca, Hendrickson was nearly flawless in the wet weather.

From the pole position, Hendrickson pulled away as the field got clustered behind him. In dominating fashion, Hendrickson was able to score the first race victory by almost 20 seconds over Diego Cargnin. The second race had a cleaner start into the first turn, but they waited this time to wad it up just before the corkscrew. Hendrickson once again prevailed and scored a second victory on the day.

Fidel Moreira didn’t have the same luck as he did in Monza with a dry track, scoring a fifth and fourth place in the wet at Laguna Seca. Moreira does retain the regional lead with a total of 74 points. Hendrickson managed to jump up to second in the standings from way lower, now tied with Gabriel Felipe to round out the podium.

Both Sprints fell into the lap of Egor Ogorodnikov. Ogorodnikov finished runner-up both times in the first event at Monza. Starting second alongside Ivan Shermetinskii, Ogorodnikov was able to take the win in the first race, giving him the advantage in the second race at the start.

Ogorodnikov takes over the APAC region points lead from Monza winner Gary Huang, who finished seventh and sixth in the Laguna Seca events. Shermetinskii also moves around Huang in the standings into second.

For the first time across all three regions, one driver didn’t sweep both races in the entire event. Martin Kadlečík had just a little more pace coming into Laguna Seca, as he started from the pole position for the first race. Jordan Sherratt, who was able to sweep both races at Monza, managed to get by Kadlečík for the 45 minute race win. In the second race, however, it was Kadlečík scoring the victory over Sherratt by just over two seconds.

Sherratt leads the overal EMEA standings with a total of 93 points while Kadlečík sits second at 77 points. Kevin Siclari finished second and third at the two Laguna Seca races and sits third overall in points with a total of 58 points.

The first Endurance race will take place 25th July at Suzuka. There will only be one longer race instead of two, but to win will earn 60 points as opposed to 50 for sweeping both Sprints. Check out the action from the Laguna Seca event below!