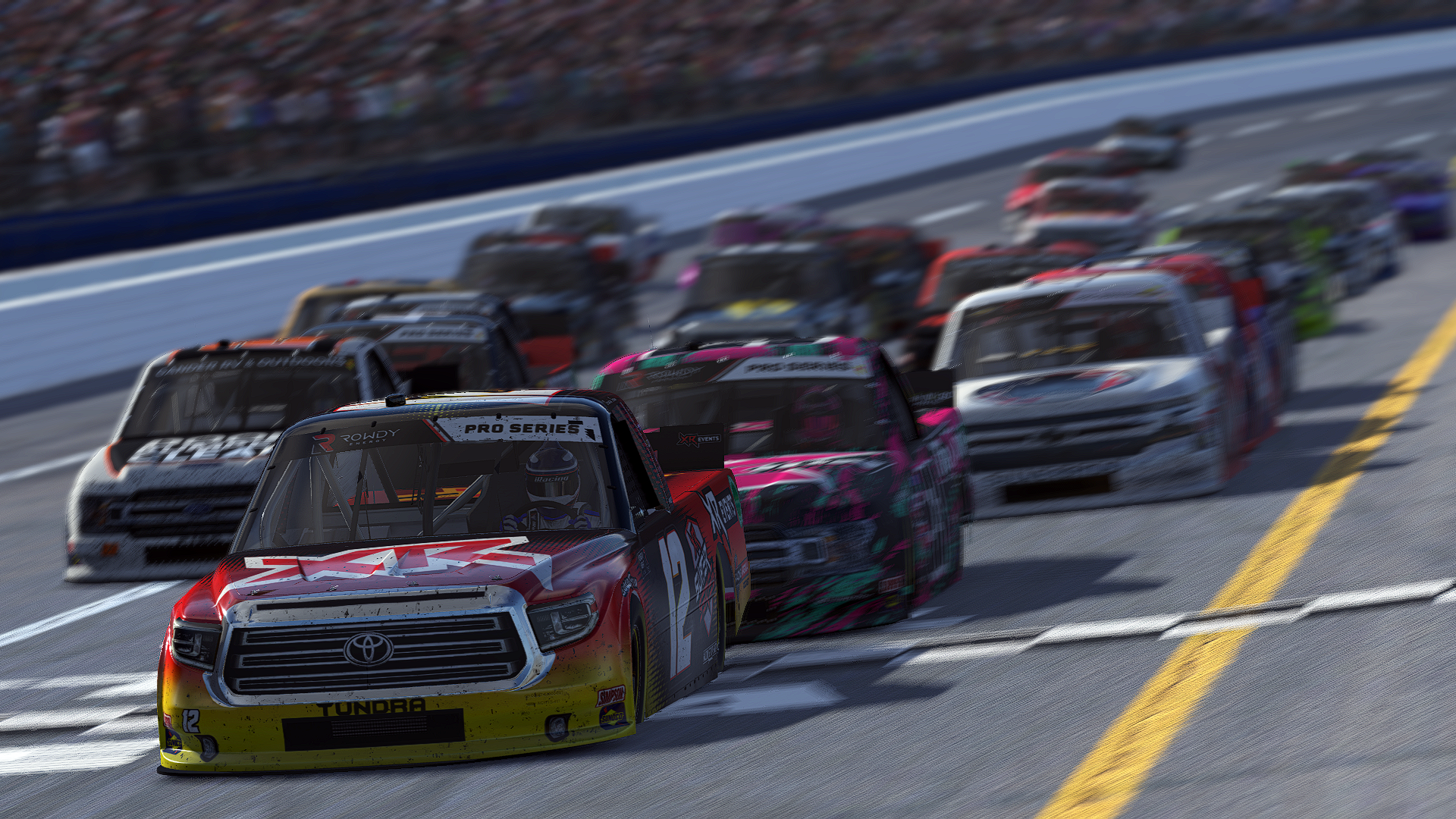 Sim racers competing at the highest levels, or even just in general, are likely going to want the best possible response time when racing so that they can see nearly instantly as the moves happen, am I right? I know that’s important to me. Games, or systems / monitors where there might be input lag are frustrating to deal with, especially when trying to make precise and timely moves.

The NVIDIA Reflex, a low-latency addition born in 2020 for their lineup of GeForce RTX 30 Series GPUs and G-SYNC monitors, added seven new games to their ecosystem of games that support the program. While first-person-shooter games like Rainbox Six and RPG games like God of War might be the games people would think about first in reducing latency, iRacing was also surprisingly included this time around.

The game additions, along with six NVIDIA mice and six NVIDIA monitors, were all announced during CES 2022. NVIDIA Reflex is designed to “measure and reduce system latency in competitive games,” per the NVIDIA website.

The introduction posts continues, stating that “reducing system latency is critical for competitive gamers, because it allows the PC and display to respond faster to a user’s mouse and keyboard inputs, enabling players to acquire enemies faster and take shots with greater precision.”

When driving a real car, in race conditions or just on the highway, those inputs are live, the car reacting the exact moment there is an action. When you get into the gaming sphere, there are going to be some very small moments of the system receiving the data, nearly undetectable.

The ability to close that gap and have the smallest possible delay is what NVIDIA Reflex is poised to accomplish.

“When designing a physical race car, we spend considerable resources assuring that steering, throttle, and braking systems are highly responsive to the driver’s commands,” Gilligan said to NVIDIA.

“For our iRacing esports teams, the same is true, but instead of engineering physical systems, we must ensure that driver inputs are fed into the simulation engine with minimal delay.

“Minimizing this latency between the driver control systems, the sim engine, and the video display are not only key for providing a sense of realism, but also allows drivers to hone their car control skills in a virtual environment.”

iRacing’s System Requirements page on their website lists NVIDIA GeForce GPUs as recommended cards in low, medium and high-end categories. However, if you want the best possible card for iRacing, you might want to pick one that has NVIDIA Reflex for the lowest possible latency. For more information on NVIDIA Reflex, head over to the NVIDIA website where it is fully explained in detail.

To those of you already enjoying NVIDIA Reflex, I’m jealous. To everyone else, would knowing that your favorite racing simulator can be better with a certain product entice you to get something like a NVIDIA RTX 30 Series GPU or one of their new 1440p G-SYNC esports displays? Let us know what you think about it in the comments below.