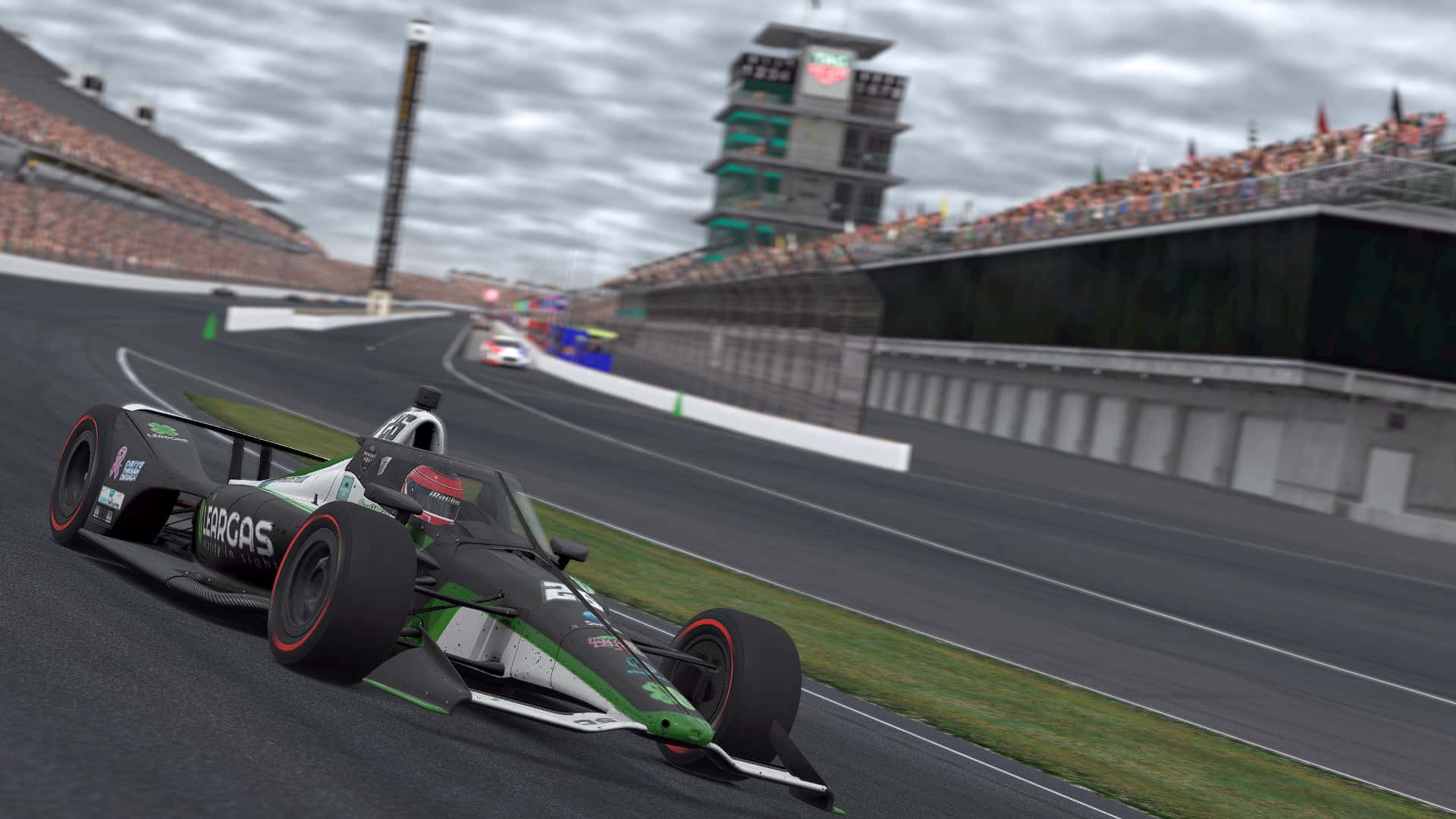 Officially licensed INDYCAR branding is set to vanish from iRacing, alongside its Indy 500 race, seemingly due to a clash of contracts and the apparent lack of a new deal.

It explains how its current arrangement with the series expires at the end of this month, how INDYCAR branding will be removed from iRacing and how it’s aiming for a new licensing deal.

“Our current license agreement with Indycar is set to expire on December 31, 2022. Indycar has signed an exclusive license with another developer that goes into effect on January 1, 2023. While we are still working on finalizing a new license with Indycar, it is clear there will be some notable changes to the way we are able to present Indycar racing on iRacing,” reads the statement.

“Most significantly, we will no longer be able to run an official Indycar branded series and there will not be an iRacing Indy 500. You will also see the removal of the Indycar Series logo from our sites.

We plan to continue to support the Dallara race cars (IR18, DW12 & Dallara IR -05). There will be no changes (unlimited use and racing) in regard to the non-Indycar series at the Indianapolis Motor Speedway for other series – NASCAR, IMSA, etc. Until the new license agreement is finalized, we won’t know all of the details so there may be further changes.”

Breaking West’s post down, it’s clear that the content – tracks and cars – remain available to use and purchase, first and foremost.

But any official INDYCAR series logos or wording from the service and its website shall be removed and have been following today’s 2023 iRacing Season 1 Patch 1 patch – which added a fresh scan for VIRginia International Raceway.

The schedule for the matching competitive series on iRacing has changed too. Indianapolis Motor Speedway, Iowa Speedway and World Wide Technology Raceway have been removed.

Perhaps the most notable change on the schedule is that the iRacing Indy 500 event will no longer be run, as it stands – much to the derision of the platform’s community, with many taking to the forum and social media to vent their frustration.

While West does not clarify which other developer has an exclusive license, it’s been public knowledge since July 2021 that Motorsport Games – who has been losing money at an alarming rate but recently secured private equity backing – has a deal in place with INDYCAR to make a new video game, currently set for launch in 2023.

Due to the company being publicly listed, the terms of the 13th July 2021 agreement are available online via the Motorsport Games Investor Relations mini-site and an SEC filing.

“The Gaming License is a long-term agreement, in connection with which the parties intend to form an exclusive relationship for the development of video games to be the official video games of the INDYCAR SERIES,” reads the document.

The ‘licensor’ in this instance is INDYCAR. But the agreement seemingly excludes content within other multi-car/series games or platforms, should they agree on individual terms with the racing series. For example, CSR Racing 2 features the licensed INDYCAR vehicle. If a new developer strikes a deal, it can use official INDYCAR content.

Anyone other than Motorsport Games cannot make a stand-alone title, however.

To that extent, West’s post highlights on two occasions that iRacing is still working on securing a new license.

It’s point 1.7 in the contract between INDYCAR and Motorsport Games that reads to us, in our opinion, as one potential sticking point.

“……more than *** (***%) of full-season Entries participating on-track in a race at the same time for any race other than the Indy 500 race, which shall not have more than *** Entries participating on-track in such Indy 500 race at the same time, and (2) to the extent that such Product includes races at tracks at which the INDYCAR SERIES actually races during the applicable racing season, race lengths that exceed *** (***%) of the official lap count of the actual INDYCAR SERIES race that occurs at such tracks during such racing season; provided, however that, except as may be set forth in an Existing License.”

Our interpretation of that is that the license for INDYCAR is indeed not exclusive to Motorsport Games – other than making a dedicated game – but there’s a clause about the number of cars on a grid during an Indy 500 race that any new deal must adhere to.

Existing deals are clearly marked as being excluded from this clause, however, according to West, iRacing’s is set to expire.

“Yes this stinks, our apologies. We really wanted to keep our rights and ideally do even more with Indycar. Hopefully someday we can get a full license back and we plan on keeping a good relationship with them. We generally have been very fortunate in regard to licensing,” said Anthony Gardner, President of iRacing.

“We have hundreds of licenses at this point and have lost very few. The licenses really should be a win everyone including us, the licensor, the sim racing community and racing fans. I think most artners/licensors look at it that way and are very happy to be a big part of virtual racing and iRacing. We are very thankful for them.”

Little has been seen of the upcoming INDYCAR game, safe for a handful of screenshots in May, shrouding the project in mystery. Motorsport Games added the current INDYCAR IR-18 within PC simulation rFactor 2 earlier this year.

Details of any ongoing negotiations between iRacing and INDYCAR are not public. We have contacted iRacing for comment.

Dave Furst, Vice President of Communications at INDYCAR, spoke to Kickin’ The Tires:

“iRacing will continue to provide a valuable platform for the gaming community to experience INDYCAR,” said Furst.

“While there will be changes to our presence in the near future, our current car will still be featured on iRacing across current tracks, including the Indianapolis Motor Speedway.

“This was important to us as we worked through our strategy to ensure fans would continue to access our racing across their favorite mediums.

“We also remain confident our partnership with Motorsport Games will produce an engaging, realistic and enjoyable title feature for the NTT INDYCAR SERIES.

“Ultimately, 2023 will produce the first INDYCAR-centric video game in nearly two decades while maintaining a presence for the sport in iRacing and beyond.”