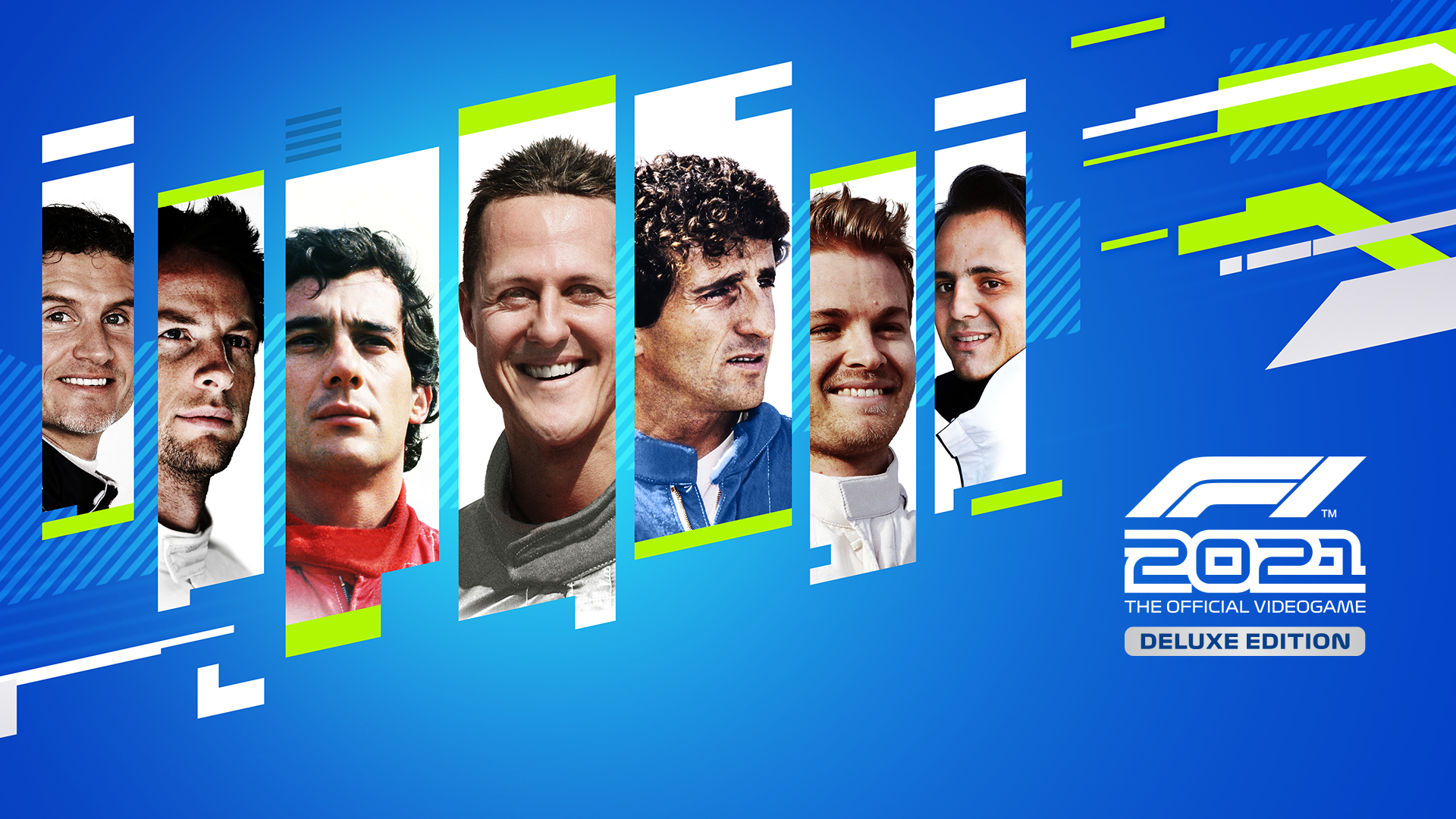 One of the intriguing takeaways from the initial F1 2021 game reveal was the mention of seven iconic drivers appearing within the My Team mode for those who purchase the Deluxe Edition.

Who these drivers were and how this integrated into gameplay was a big mystery, but now we know who those drivers will be and it’s a who’s who of Formula 1 legends. Below is the full list of the iconic drivers:

As you can see from the list above, it includes five former world champions, spanning 37 years of active F1 service. Coulthard and Massa never claimed the world championship, but together they amassed 24 race wins and 103 additional rostrum visits during their careers.

Players with the Deluxe Edition will be able to select one driver from the list above at the start of a new My Team season to be their teammate.

You’ll also note that the icons each have a number attributed to them, representing their overall driver performance stat, with Schumacher and Senna joint equal at the top of the ranking. This is broken down into the four sub-categories of Experience, Racecraft, Awareness and Pace – just like F1 2020. You can see each individual rating in the trailer.

There’s also no upfront contract cost for these drivers – unlike the other current drivers in My Team – but you will have to factor in their salaries. Massa and Coulthard are the most affordable at $4 million, which rises to $12 million for Senna and $13 million for Schumacher.

In addition to the Deluxe Edition perks, the current F1 2021 season will of course be replicated within the game, and it has now been revealed that Lewis Hamilton, Max Verstappen and Charles Leclerc will be this year’s cover stars.

With it shaping up to be Lewis vs. Max for the title, and Charles leading a resurgent Ferrari, we couldn’t have picked a better line-up ourselves. It certainly beats the awkwardness of Sebastian Vettel being on the cover last season…

F1 2021 will be released on 16th July for PS4, PS5, PC, Xbox One and Xbox Series, with the Deluxe Edition also offering three days early access from the 13th July and a suite of customisation items. We’ll have more on the run-up to release. Let us know in the comments below if you like this line-up of historic drivers.